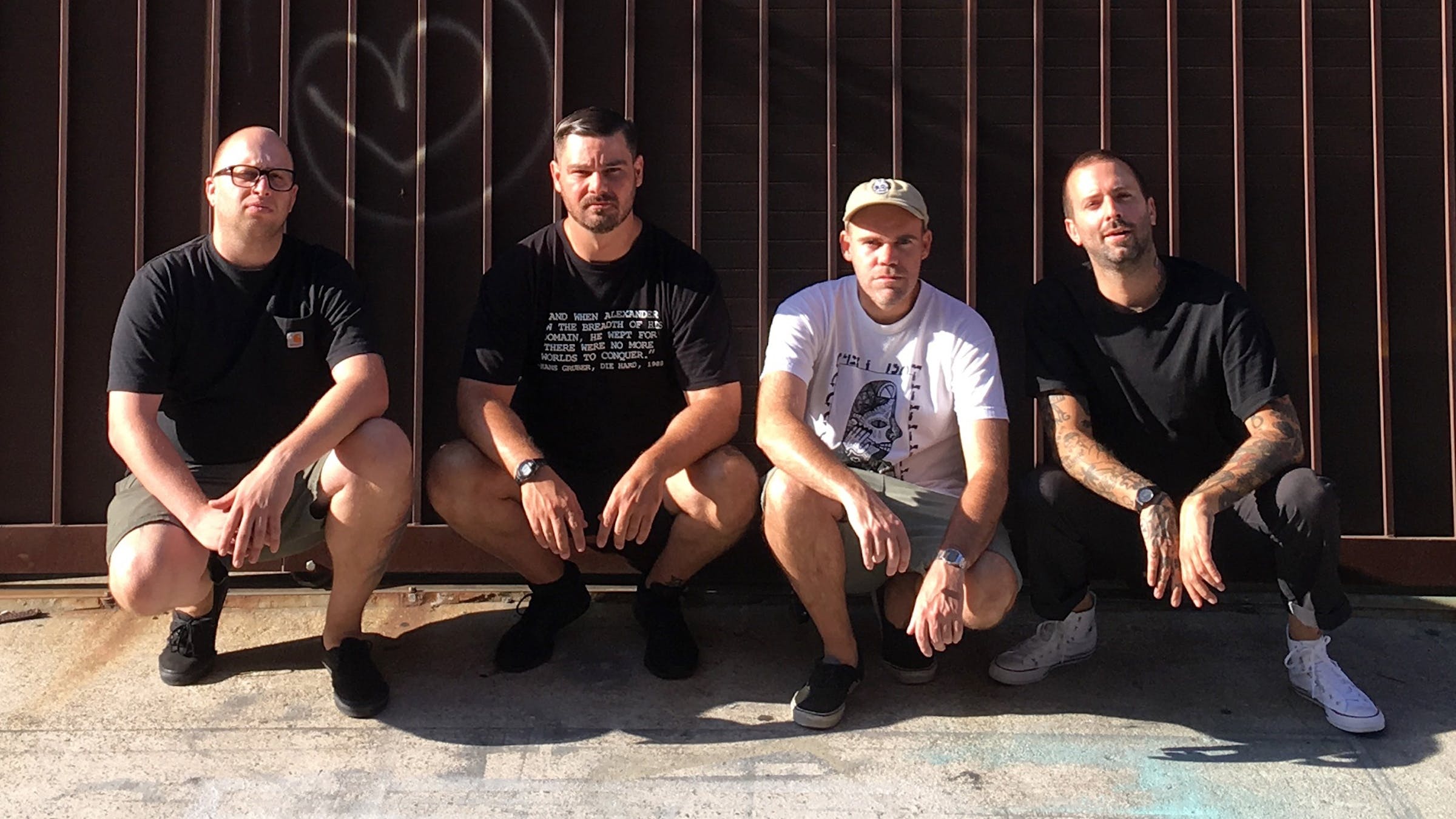 The “premise” of Graf Orlock is simple: grindcore about movies. The reality is a lot harder to describe -- with heatstroke-tinged riffs, spit-flecked bellows, and frenzied drumming, the Los Angeles quartet express hidden torment and angst buried at the core of your favorite films. The dialogue snippets the band uses to kick off their tracks hint at the movie you’re hearing examined, but the furious grind track that follows might show you a side of that story that you never considered and can no longer forget.

The band’s new track Alternate Route To Mexico from their upcoming new album, Examination Of Violent Cinema Vol. 1, is a perfect illustration of this method. The track opens with a few lines from a giant blockbuster that most movie fans will recognize immediately, then goes into a churning, enraged song that wouldn’t have been used to soundtrack the film (though it’s so awesome you immediately wonder if it should have been).

According to frontman Jonathan Schmidt, "This song was inspired by the 2017 film Logan. Although this is from the comic book world which would typically be a no-go for Graf Orlock, the hamfisted metaphor of 'the mutant' was too enticing to pass up. It takes little leap to get the reflection of our current world malaise that an apocalyptic and governmentally destructive action movie set in 2026 embodies. It is a shitstorm of discriminative legislation and mass paranoia that I am sure all Americans can relate to. Added to that, Wolverine is a great character due to unmitigated rage and lifelong asocial behaviors."

Make some popcorn and listen to Alternate Route To Mexico below: