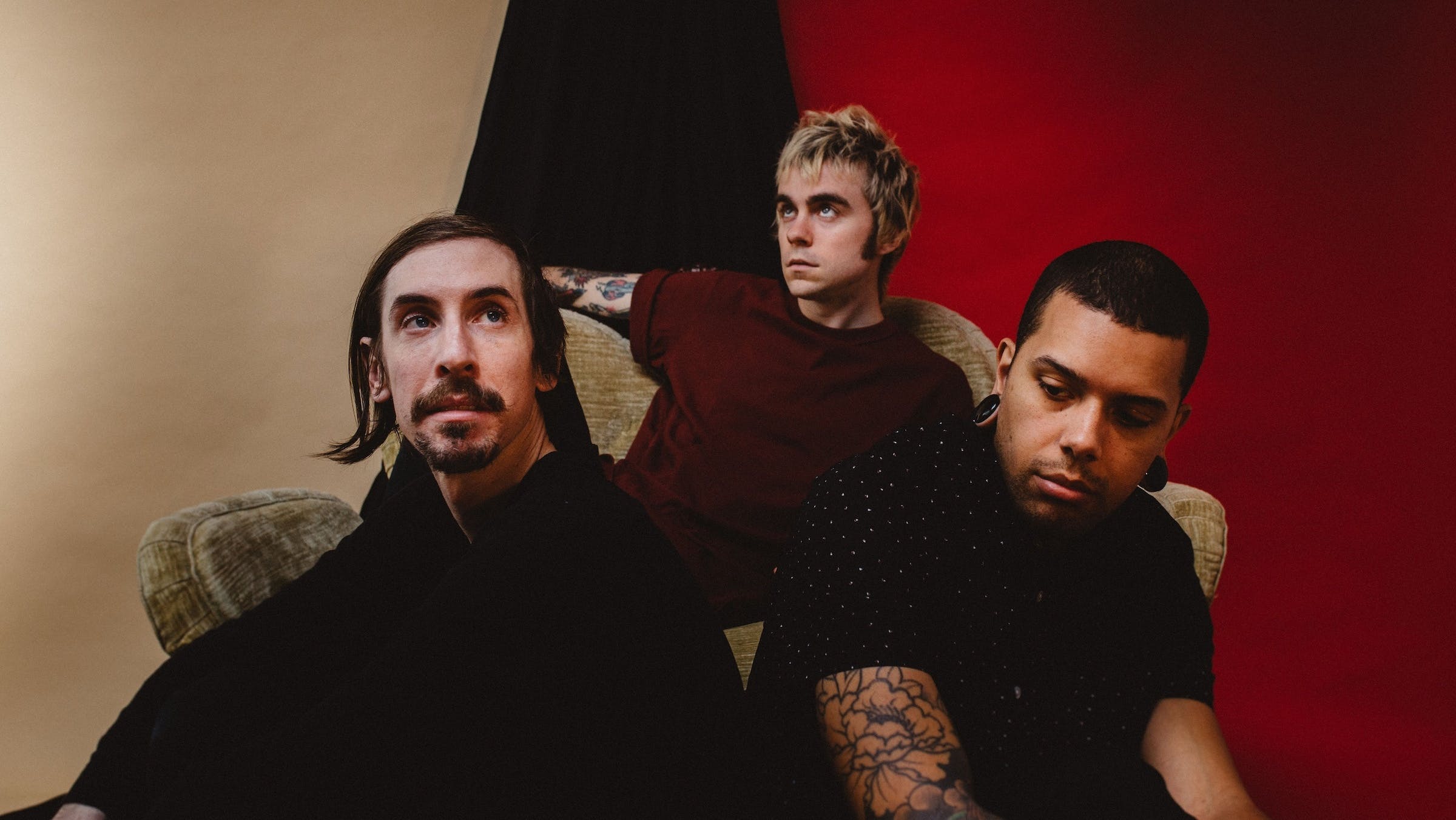 We often think of hardcore as physical and not spiritual, but State Faults have found the place where all the hard angles meet the eternal circle. The Santa Rosa, California-based hard rock trio operate within the jagged maze of noise rock, mathcore, and heavy psych, bursting with agitated drums and yelped vocals that instill a sense of electric urgency. At the same time, their slower moments -- and their album artwork -- show a love of the creeping, doe-eyed spiritualism of cult worship. If you're excited for Ari Aster's Midsommar, you need to check these guys out.

Sleeplessness, the latest single from the band's upcoming album Clairvoyant, shows off the two faces of the band. The track opens with churning guitars, tommy-gun drums, and spewed shrieks that crackle in the listener's ear. But then it splits and opens up into a keening, sun-dappled breakdown complete with a big, chanted chorus. In the song are both the frenzy of the ritual and the release after the knife finally gets plunged into the sacrifice. Even as frontman Jonny Calvert-Andrew sings "I don't know where my spirit goes" in a bright, childish melody, there's an understanding that wherever it goes ain't a good place.

Discussing the track, Jonny said, “When we were fleshing this song out in our lock-in, my mind kept hearing 'I don’t know where my spirit goes' at the end. One sleepless night with headphones on and a rough demo I wrote the rest of the lyrics about just that -- the silent torment of a sleepless night and the worries and fears that creep in those midnight hours.”

State Faults' Clairvoyant comes out Friday, June 21st, and is available for preorder from No Sleep Records in North America and Dog Knights Productions in Europe.

Make sure to catch the band on tour at one of the following dates: