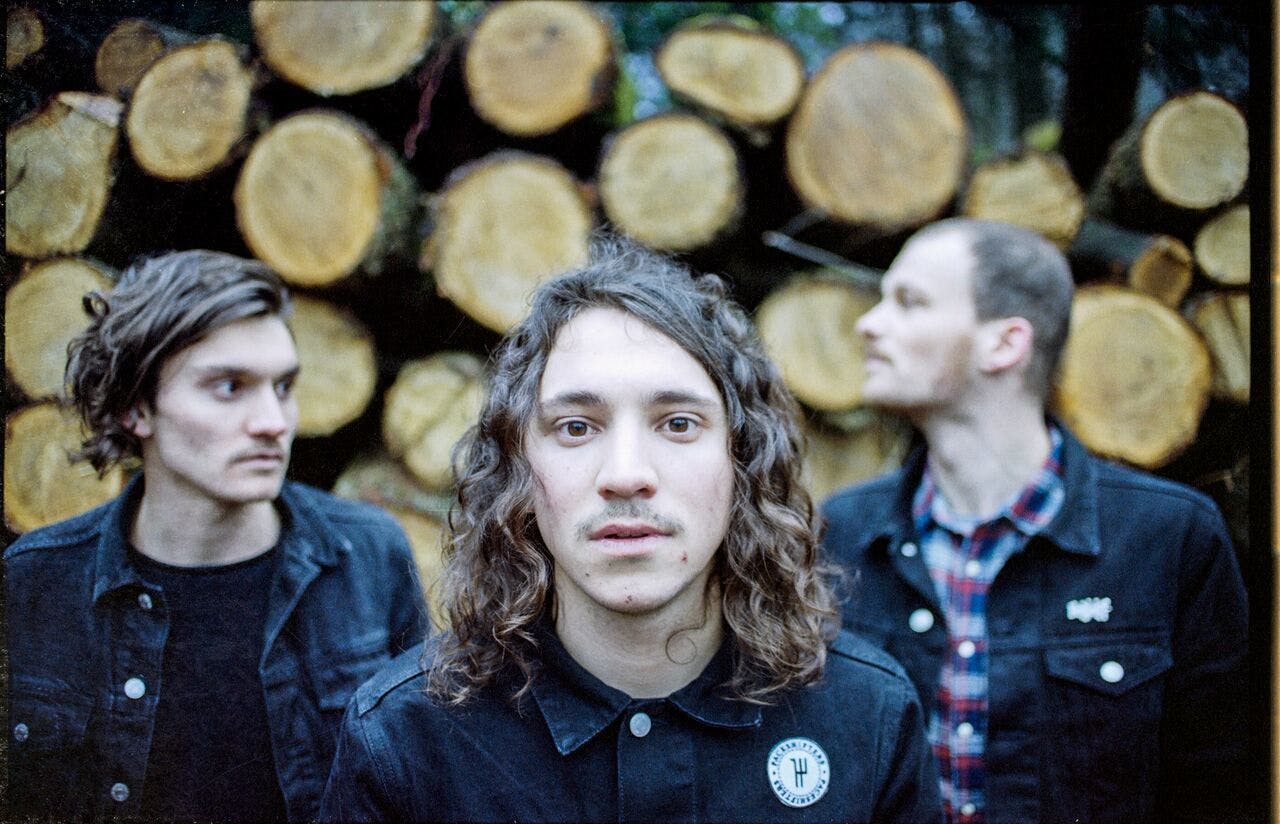 If you've seen the first half of the Frank Iero And The Patience UK tour, you would've seen a three-piece from the Netherlands cranking out some grunge inspired fuzz. That band would be Paceshifters, who are streaming their new album, Waiting to Derail, exclusively with Kerrang!. The LP isn't out until October 6 through Hassle Records, but we've got it nice and early for you to whack in your ears.

Talking about the new record, vocalist and bass player, Paul Dokman, said: "Recording these songs with Chris ‘Frenchie’ Smith got pretty intense, at first he was just listening to our songs to understand what we had to say with them. When we actually started recording the songs he sometimes stopped us in the middle and asked us what the song was about, which was difficult at times, but by doing this he would drag out the raw emotion we had when writing the songs. And we used that emotion playing the song with more power, anger and/or sadness."

"There is a lot of pain and anger in our songs and especially during  a live show all this comes to the surface. Waiting To Derail is us playing the songs together in one room while we look each other in the eyes. Trying to capture the same energy and raw emotion we express during our live shows. Guitar, bass and drums is all you need!"

Listen to Waiting To Derail in full below:

If you like what you hear, then get down to the Frank Iero And The Patience tour early to catch them. Check out the full tour dates below:

Territorial Pissings, as you've never heard it before!

Dutch punk rockers toured the UK as support to Frank Iero And The Patience, and took some photos along the way...