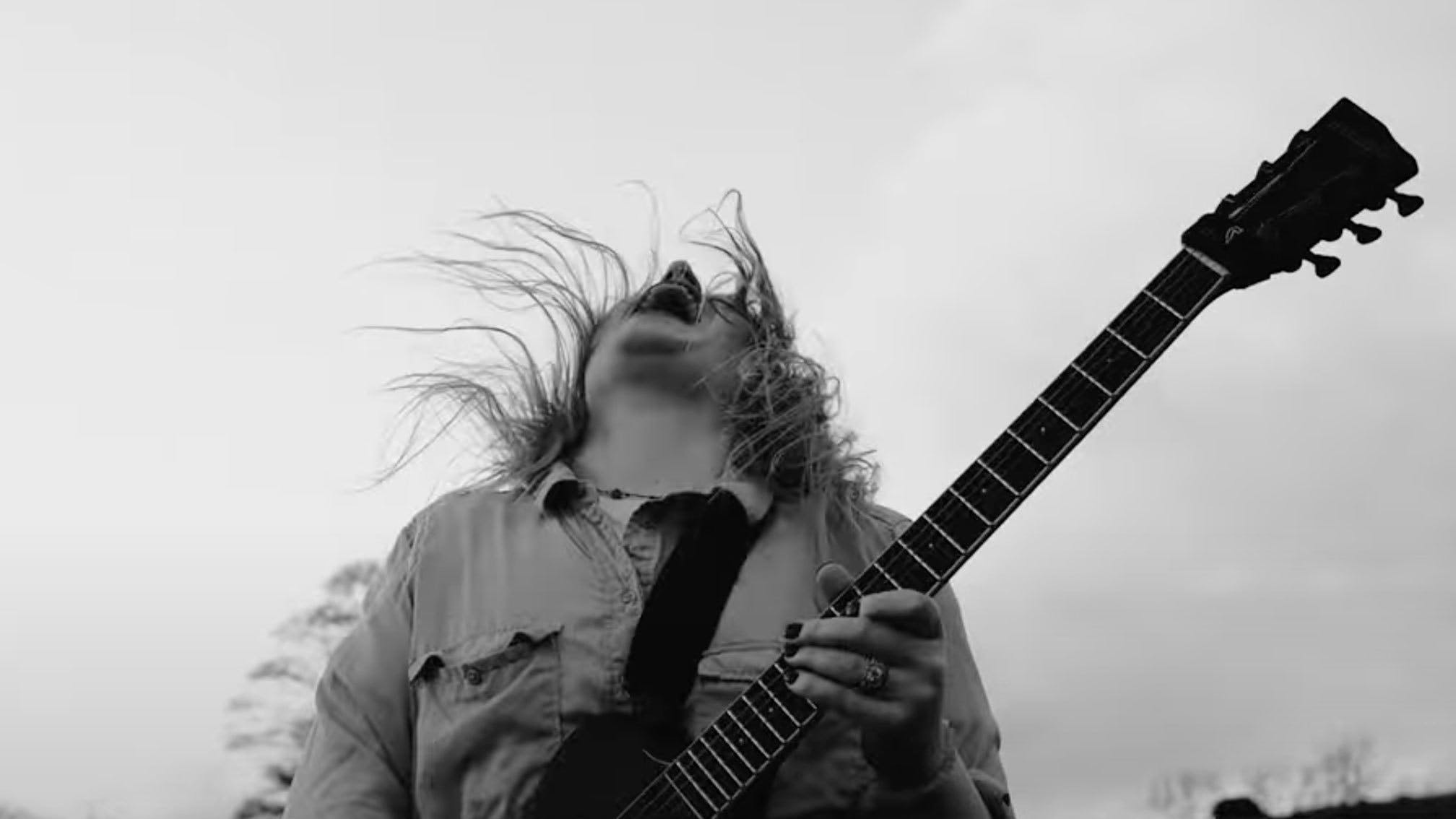 Not content with releasing excellent new track Thermal Runaway ahead of their tour with Rolo Tomassi this month, Pupil Slicer have now unleashed a video to accompany it.

Teaming up with Cara Drolshagen of The Armed, the song deals with spiralling negative emotions, inspired in part by the stresses and frustrations of lockdown.

"It's been a hard few years for everyone during the pandemic and the idea behind the track was to capture the experience of being in a catastrophising cycle of anxiety and depression that keeps getting worse no matter what you do, through metaphors of thermal runaway that occurs in stars which leads to supernovas," explains singer/guitarist Katie Davies. "I hope that people will get some catharsis out of listening to the music as I have in creating it. This was also an experiment in production, being our first track recorded in a bigger budget studio [with Lewis Johns at The Ranch] and we really enjoyed the more fluid process of the track evolving whilst we were recording, with tweaks to all the parts occuring up until the last note was tracked, trying to get the best out of the runtime."

On the collaboration between the two bands, Cara says distance was no obstacle to creating something so intense.

"It’s pretty incredible what you can do creatively now even being miles apart. We had such a great time collaborating on this song. Pupil Slicer were amazing to work with, and really gave me the chance to mould my style with theirs in a really unique way."

Before the single officially hits streaming platforms tomorrow (February 2), get the first, exclusive look at the video below…

Looks cool, right? That's because it was shot in an old English fort.

"The video was shot on a cold and wet day in December. Via the Kent Film Office, we arranged Fort Burgoyne as the location for the shoot," says bassist Luke Fabian of the clip's production. "The mid-19th century fort is situated in the Heights of Dover, and is currently undergoing renovation works, so not open to the public at present. We shot inside the former artillery rooms and used lots of nooks and crannies and tunnels in the fort's vast polygonal structure.

"Despite the typically British threat of rain, we managed to get some shooting outside as well as some drone shots, thanks to friend of the band, Mike Cascareno. Luckily, Slicer did not evoke the wrath of the winter-nesting bats or curses of the resident ghosts of the Fort. As far as we know…"

If it's got you in the mood to catch Pupil Slicer's mayhem live in the flesh: good news, they're playing at Record Junkee in Sheffield on Saturday as part of Independent Venue Week, before hitting the road with Rolo Tomassi and Heriot.

"First off, the fact that our first proper tour is with Rolo is a privilege for us. If you had asked us to pick a band in the UK to support whilst we were recording our album, we would have immediately said them," says Luke. "Heriot in many ways are on a similar journey to us, and there are lots of parallels between us – we have known Debbie [Gough, guitar] since she was playing in a mathcore band called Dead Hands, so it's really cool that we get to share this bill with them. I'm sure it won’t be the last time either.

"In terms of what to expect at a show, my main advice would be to try and avoid Katie whilst they are playing. If you are close enough the stage, you are liable to catch an accidental headstock or flailing limb from here, so approach with caution."

Advice noted. Avoid getting brained by a guitar at…

In the studio with Pupil Slicer: “It’s dialled up to 11: weirder riffs, harder breakdowns…”

Following brilliant debut Mirrors, Brit grinders Pupil Slicer invite us into the studio to find out everything about highly-anticipated second album Blossom…