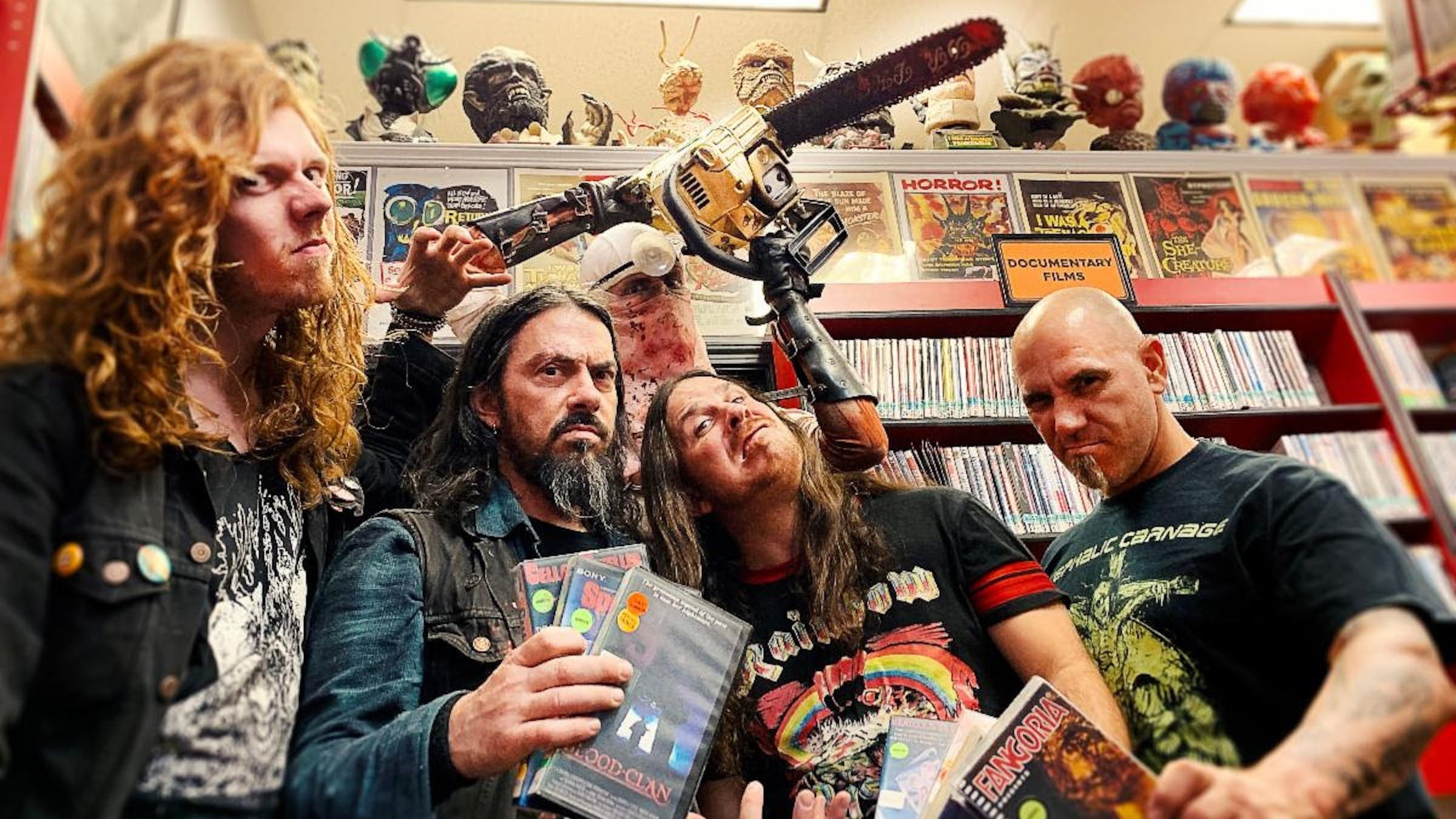 When it comes to gore metal, no band does it like Bay Area gutslitters Exhumed (hell, their debut album titled coined the term "gore metal"). So good news for the bloodthirsty masses: The band have announced a new album for 2019, and have released a killer new single to go with it.

Exhumed's latest offering is called Horror, and by the looks of the cover, it will be all about the band's obsession with old-school horror movie (they even go so far as to display the title as the green sticker one used to find on VHS tapes at the rental store). If that weren't enough, Exhumed have also announced that they'll be releasing the album on digital, vinyl, and a deluxe VCR pack that includes the entire record on a VHS tape with visuals and music.

Meanwhile, Exhumed have also released the first single from Horror, titled Ravenous Cadavers. Describing the song, frontman Matt Harvey says, "Ravenous Cadavers is a great taste of the album -- and this is one of the more mid-paced tracks on the record, so...Horror is all about stripping away everything and getting down to the core elements of our sound: raw and nasty aggression. The album's like mainlining grinding death metal at a lethal dose. If you liked the more intricate, melodic stuff that we've done, this may not be the one for you. If you're a fuckin' maniac that wants to pound some beers and smash up some tombstones, this is the record you've been waiting for."

Bathed in the sheer disgusting fury of Ravenous Cadavers below:

Makes you want to gnaw a femur.

Check out the full cover art for Horror below:

Exhumed's Horror comes out October 4th via Relapse Records, and is available for preorder.

Death metal giants Exhumed and Gatcreeper will tour the U.S. this fall, with Necrot and Judiciary filling out the bill.