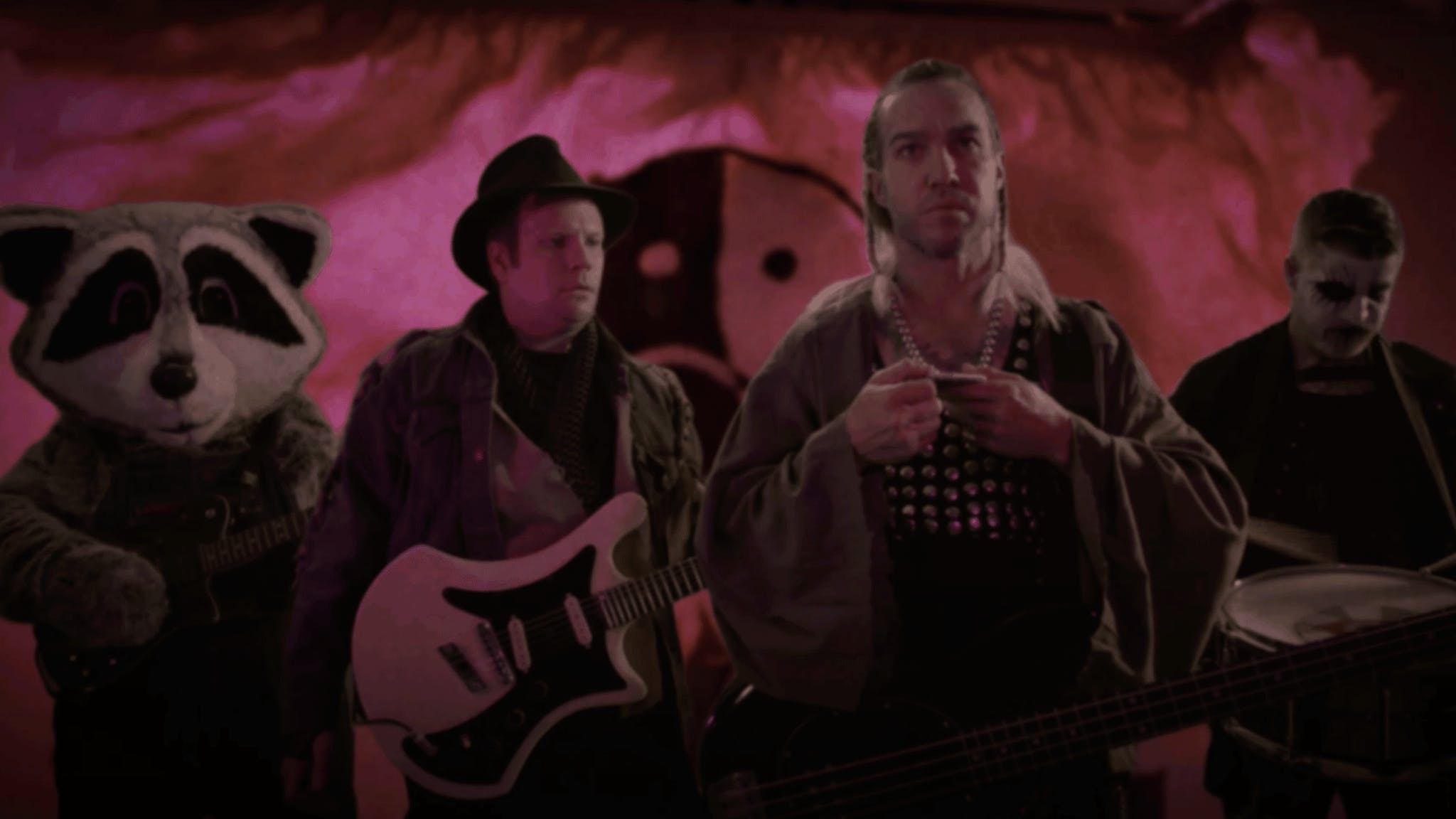 Pete Wentz makes a very good old man, doesn't he? Good enough for his grandad-reading-a-fairy-story-to-a-child bit at the start of Fall Out Boy's new video to go on as long as it does? Probably not, but he's got the make-up on now, so might as well get your money's worth.

Anyway, the minute-long start to the video is actually quite good, because whatever you think you were waiting for, the payoff is fantastically unexpected: Fall Out Boy have put down the sequencers, picked their guitars up again, and are being their best selves again.

Right from the punchy start, Love From The Other Side is a banger. "It would be nice to make a record where the guitar is a little more upfront," guitarist Joe Trohman told Rolling Stone last year, having opined in his memoir None Of This Rocks that his instrument was becoming less and less a part of the band's make-up. Someone up there must like the big-haired six-stringer – here, in the fairytale element of the video, transformed into a raccoon, obviously – because immediately, it rides in on a classic FOB riff and stays so from there, leading into a chorus not a million miles from Thnks fr th Mmrs.

And you almost feel relief about all this. Interesting (and on occasion, genuinely rewarding) as Fall Out Boy's more experimental ventures have been, they have sometimes felt like a band making a concerted effort to do anything other than what's expected. At times, struggling against being what, for many, they actually are.

True, "Remember when" is the lowest form of conversation, but this isn't just a backward-looking return to safer roots either. It's simply Fall Out Boy doing what they're good at – what they know they're good at – with some flamboyant, Elton John-y flourishes thrown in. As much as anything else, it's good to hear a songwriting talent as enviable as Patrick Stump doing something that sounds so smooth and natural, without being cut up funny noise-d all over.

Presumably, this is a sign of good things to come when So Much (For) Stardust drops at the end of March. You got your wish, Joe. Thank fuck for that.

So Much (For) Stardust is due out on March 24 via Fueled By Ramen/DCD2.