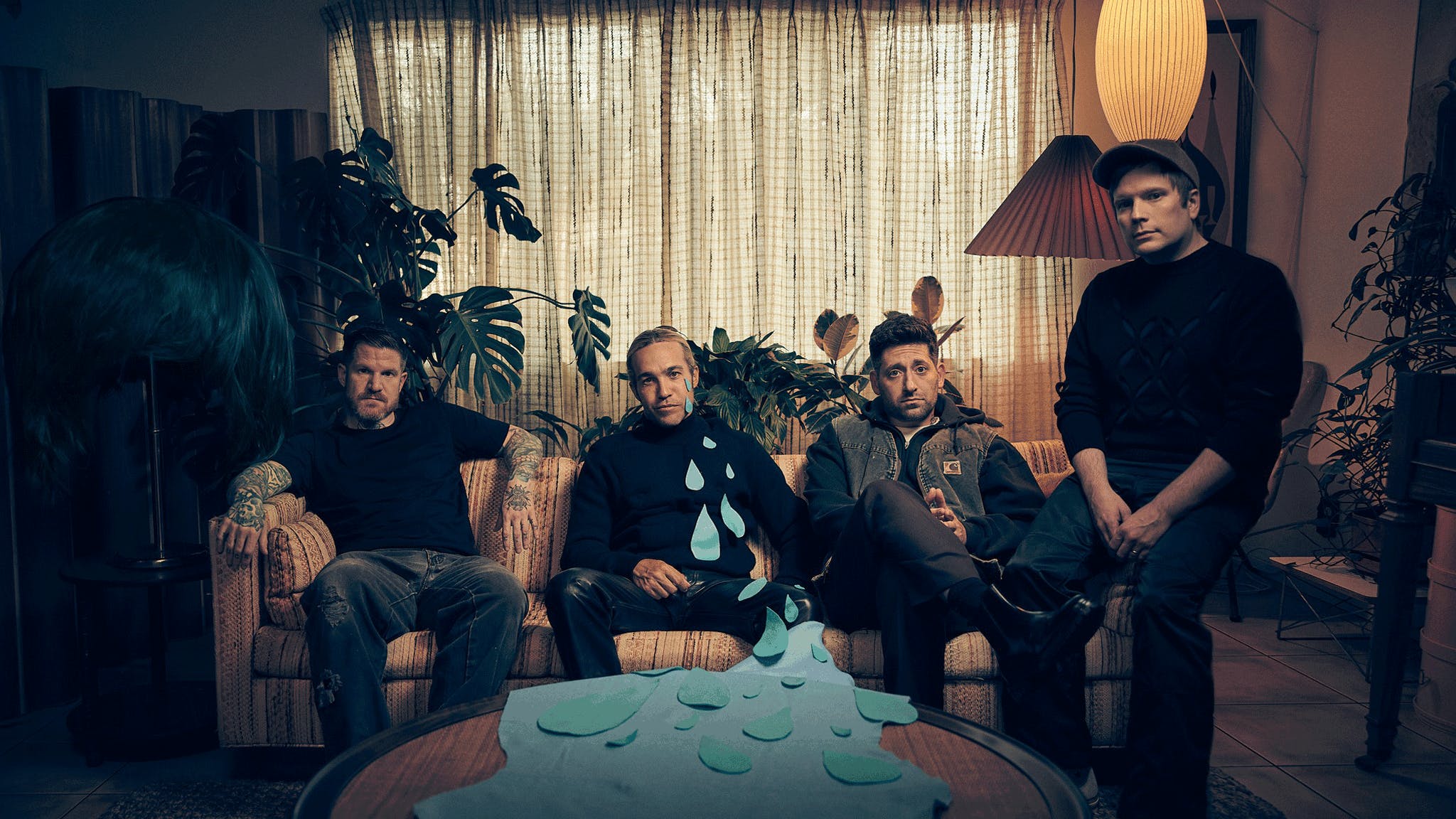 After taking out newspaper adverts, sending fans postcards from Pink Seashell Beach, then posting Oli Sykes an actual pink seashell, and generally doing all sorts of weird and extremely entertaining teasing over the past few months, Fall Out Boy’s comeback officially begins today!

The Chicago pop-punk icons – vocalist/guitarist Patrick Stump, bassist/vocalist Pete Wentz, guitarist Joe Trohman and drummer Andy Hurley – have just shared their first new single in several years, Love From The Other Side, and announced details of the follow-up to 2018’s MANIA album.

On the subject of that new record, it’ll be called So Much (For) Stardust and it’ll arrive on March 24 via Fueled By Ramen/DCD2. It was produced by Neal Avron, who also did From Under The Cork Tree, Infinity On High and Folie à Deux.

“Technology has made it really easy to make records much more quickly these days,” says Patrick. “There’s nothing wrong with that, and that spontaneity can be exciting. But we wanted to get back to the way we used to work. We wanted to make a record that was really lovingly crafted and deliberate and patiently guided – like someone cooked you a delicate meal. I’m not a very proud guy, but I’m pretty proud of this record.”

Speaking about reuniting with Neal, Patrick enthuses that the producer “not only taught us how to make records, but has a unique capacity to really take time and focus on a record. We thought it was a no-brainer to work with him again, on a record where that was very important to us, and he was gracious enough to agree to work with us.”

Watch Love From The Other Side below:

Check out the lyrics to Love From The Other Side:

Model house life meltdown
Still a modern dream let down
It kills me you know I’m dying out here
What would you trade the pain for?
I’m not sure

We were a hammer to the Statue of David
We were a painting you could never frame and
You were the sunshine
Of my lifetime
What would you trade the pain for?

This city always hangs a little bit lonely on me
Loose
Like a kid playing pretend in his father’s suit
I’d never go, I just want to be invited
Oh
Got to give up
Get the feeling
Get the feeling
Don’t fight it
Fight it

Generation sleep I’m falling in and out of love
I’m getting that tilted feeling out here
What would you trade the pain for?
I’m not sure

Nowhere left for us to go but heaven
Summer falling through our fingers again and
You were the sunshine
Of my lifetime
What would you trade the pain for?

They say we gotta get ahead yeah,
No matter what it takes
But there’s no way off the hamster wheel on this rat race
I’d never go, I just want to be invited
Oh
Got to give up
Get the feeling
Get the feeling
Don’t fight it
Fight it

Check out the So Much (For) Stardust album cover:

Read this: How From Under The Cork Tree made Fall Out Boy emo kings