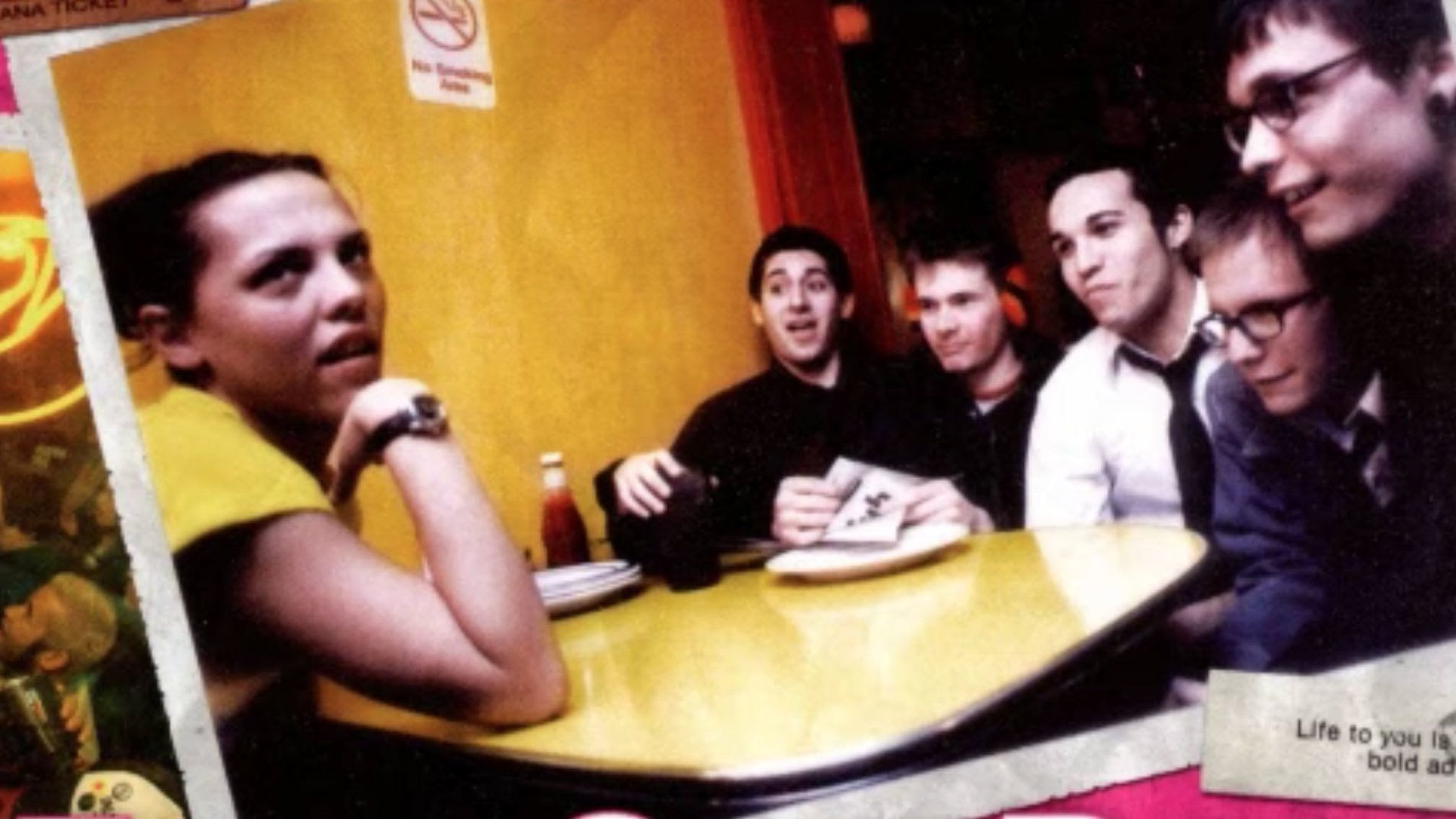 While we're still awaiting news on a potential follow-up album to 2018's M A N I A, Fall Out Boy are seemingly tiding fans over until then by putting a super-early release on streaming platforms for the first time.

The band's nine-track Evening Out With Your Girlfriend mini-LP – which came out in March 2003 – has hit Spotify, Apple Music etc. as of November 1. While a couple of its songs (Calm Before The Storm and Growing Up) were later given official releases, this is the first time the entire thing has been made available on streaming.

Read this: How From Under The Cork Tree made Fall Out Boy emo kings

Evening Out With Your Girlfriend arrived just a couple of months before the release of FOB's proper, official debut album Take This To Your Grave, which dropped on May 6, 2003 via Fueled By Ramen.

Check out the full Evening Out With Your Girlfriend tracklist:

1. Honorable Mention
2. Calm Before The Storm
3. Switchblades And Infidelity
4. Pretty In Punk
5. Growing Up
6. The World's Not Waiting (For Five Tired Boys In A Broken Down Van)
7. Short, Fast, And Loud
8. Moving Pictures
9. Parker Lewis Can't Lose (But I'm Gunna Give It My Best Shot)

And listen to the album now on Spotify:

Frontman Patrick Stump told Kerrang! in 2019 that FOB had been having “a lot of talks” about the follow-up to M A N I A.

“There’s two schools of thought,” he said. “One is that you have a record cycle, you put out records and then you go on tour and blah, blah, blah. That’s a very ‘business’ thing. And there’s the other school, which is you wait to be inspired, you experiment, and you discover. I feel like at this point we have the luxury of choosing, and I’m personally choosing to be inspired. Look, I flat out don’t want to be in my 70s, on a bus playing stadiums – I don’t want to be The Rolling Stones. But if Pete [Wentz] has lyrics that are that compelling, I will. That’s exactly what the interplay is. At this point, I’m kind of waiting around for those kind of songs. And we have the bubblings of them…”

Catch Green Day, FOB and Weezer at the Hella Mega Tour next year:

Director Todd Phillips has confirmed that the working title for the next Joker movie is Folie à Deux – which, of course, is the same name as Fall Out Boy’s misunderstood 2008 album…