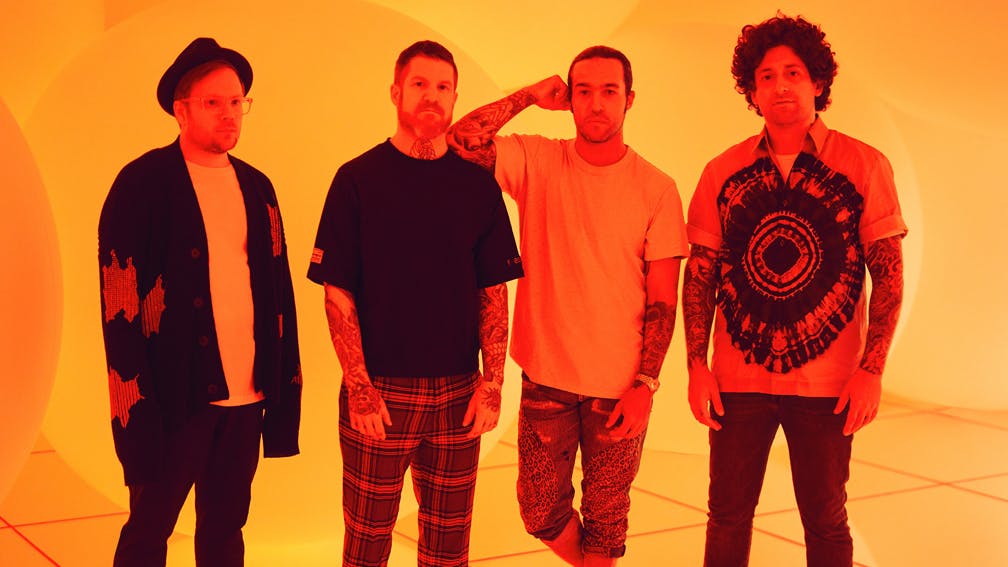 Fall Out Boy guitarist and co-founder Joe Trohman has revealed that he's releasing a memoir later this year.

Entitled None Of This Rocks, the book looks at both Joe's younger days and his life now as a rock star, and according to a synopsis is “unlike any [memoir] you’ve ever read”.

Via Waterstones: “None Of This Rocks is a memoir by Joe Trohman – lead guitarist and co-founder of Fall Out Boy – that reads like a double album full of revealing stories from his youth and his experiences of modern rock and roll stardom. With wit and wisdom, and maybe a little bit of whining, Trohman grapples with depression, his mother's brain cancer, antisemitism, pills, petty larceny, side hustles, and pop-punk at the turn of the century.

“None Of This Rocks chronicles a turbulent life that has informed Trohman's music and his worldview. His mother suffered from mental illness and multiple brain tumors that eventually killed her. His father struggled with that tragedy, but was ultimately a supportive force in Trohman's life who fostered his thirst for knowledge. Trohman faced antisemitism in small-town Ohio, and he witnessed all levels of misogyny, racism, and violence amid the straight edge hardcore punk scene in Chicago.

“Then came Fall Out Boy. From the guitarist's very first glimpses of their popular ascension, to working with his heroes like Anthrax's Scott Ian, to writing for television with comedian Brian Posehn, Trohman takes readers backstage, into the studio, and onto his couch. He shares his struggles with depression and substance abuse in a brutally honest and personal tone that readers will appreciate. Not much of this rocks, perhaps, but it all adds up to a fascinating music memoir unlike any you've ever read.”

None Of This Rocks is on sale from September 13.