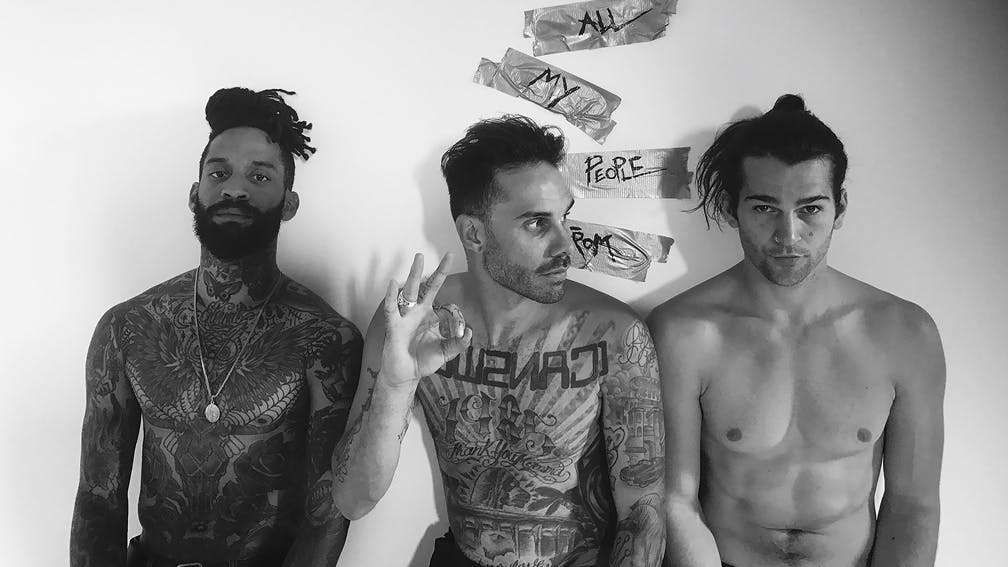 The saga of Woodstock 50 has been an interesting lesson in how going big isn't always the right move for festivals. After being cancelled publicly, followed by public laundry-airing and claims of financial discrepancy, the festival finally collapsed on itself entirely. But thankfully, rap-rock upstarts FEVER 333, who were originally scheduled to play Woodstock 50, have decided to do something a little lower to the ground that'll manage to actually benefit the world. The band has announced a 'Woodstock' pop-up festival in Poughkeepsie, New York, with each band on the bill raising awareness for a different charity.

“In spirit of WOODSTOCK as well as the beginnings of this project we will be having a pop up festival in lieu of the Woodstock at The Chance Theater (Chance parking lot) in Poughkeepsie, NY next week August 16. Also we would like to offer this platform to local artists, activists, community members while we have the chance to.

"We will be randomly selecting via Instagram for a few slots on this festival. In order to be considered for a slot please post this flyer in your story and/or your feed and post @fever333 #wouldstock along with a local charity you would like to raise awareness for.

As far as artists to trust for a street-level festival, FEVER 333 are high on our list. The band won a 2019 Kerrang! award for Best Song, and gave us one of the most destructive K! Pit performances we've ever seen.

Bands should reach out to FEVER 333 via their Twitter, and fans should keep an eye on The Chance in Poughkeepsie, New York, this Friday.