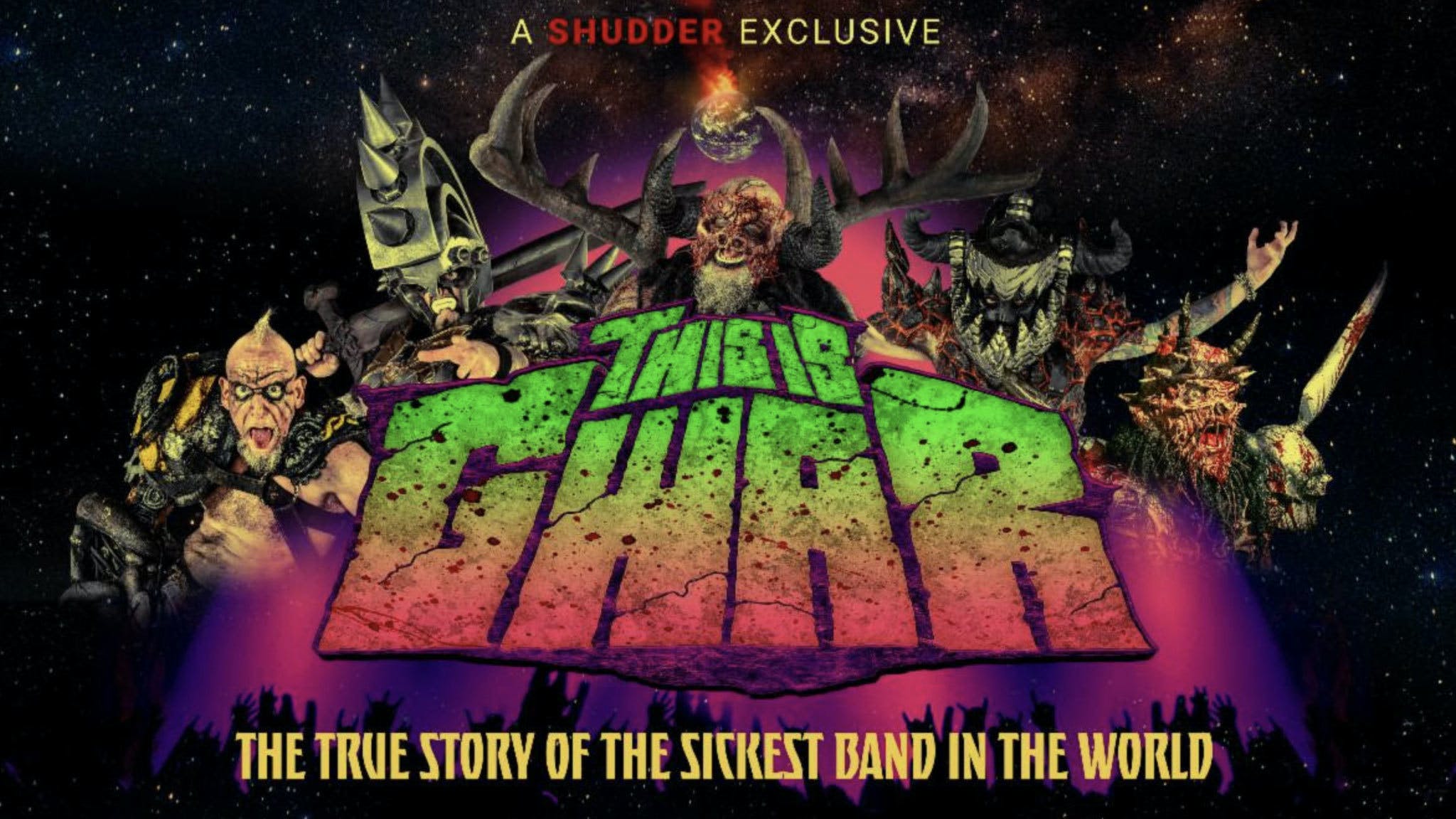 Long before Lordi donned their monster masks, GWAR were beasting it up under a ton of latex and hosing audiences with ‘bodily fluids’, at the same time churning out a punk/metal/whatever racket and generally making the music world a little more bonkers. Though there has been a lot of line-up changes along the way, the band have lasted a whopping 37 years, and the documentary This Is GWAR tells their story from the people who lived it.

Recounting events chronologically, it starts in Richmond, Virginia in the early-’80s, where a bunch of art students and punk rockers had the idea of bringing those two worlds together in glorious schlocky style, giving the local music scene something it had never seen before. From there, it transports the viewer through the decidedly offbeat journey that is their career, constantly driven to up their game, and what is perhaps most striking is their behind the scenes work ethic, always striving to get bigger, and, of course, sillier and more offensive.

There are of course the lows: guitarist Pete Lee (aka Flattus Maximus) getting shot in an attempted carjacking, and the deaths of two members, including founding frontman Dave Brockie (aka Oderus Urungus). The documentary shows how very human they are under the masks as they recount these incidents.

Longtime fans will likely love the film, and those new to the band may well fall in love, because there is no-one quite like GWAR and the world is a better place for their unique brand of berserk. Long may they hack, smash and spurt.

This Is GWAR is streaming on Shudder from July 23

Read this: 5 movies and TV shows to watch while wondering what we’ve done to the planet