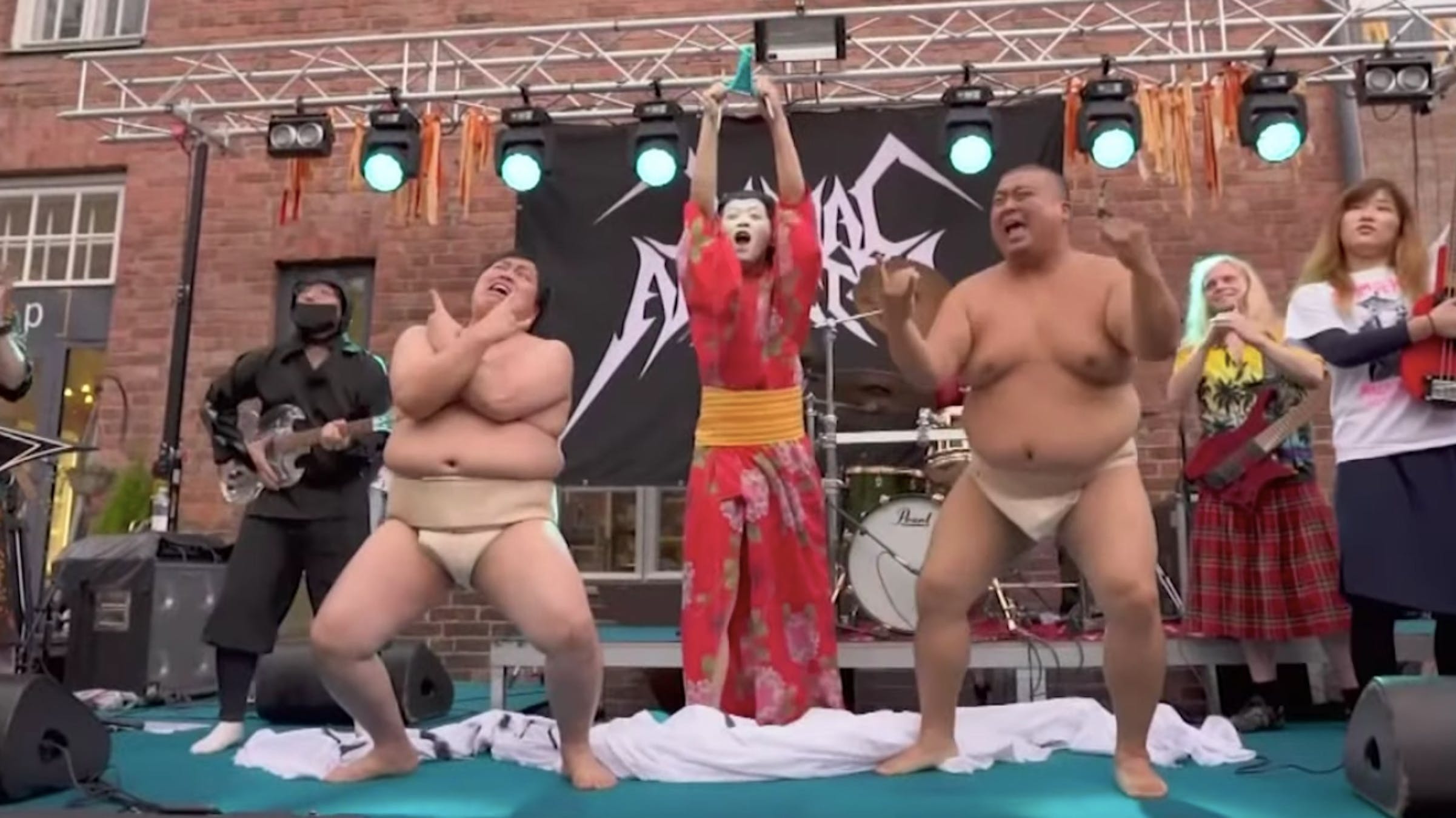 Knitting and heavy metal are two important crafts, but one doesn't imagine that the two intersect very often. However, a few days ago, the two came together when Finland hosted the Heavy Metal Knitting World Championship -- and it was legendary.

Watch this glorious if unusual spectacle below:

They make it look easy to headbang and knit at the same time, but don’t be fooled, it’s definitely not.

The chaos took place in Joensuu, Finland, with around 200 metalheads around participating in the madness. The event appealed to people of all ages. According to AP News, Elise Schut, a 35-year-old nurse from Michigan, took the stage with her 71-year-old mother and 64-year-old family friend. Japanese five-piece Giga Body Metal, whose performance included sumo wrestlers, were crowned the winners, and it was well-deserved.

Finland is known for its love for metal, having spawned acts as diverse as Children Of Bodom, Ensiferum, and Impaled Nazarene, and the event's website shed light on just how much Finland loves metal:

“Finland is the promised land of heavy metal music. There are 50 heavy metal bands per 100, 000 Finnish citizens, which is astonishingly many and actually more than anywhere else in the whole world. The number of needlework enthusiasts is equally high, as according to even the most modest estimates there are hundreds of thousands of people in Finland who are immersed various kinds of needlework crafts, knitting included. What combines them both is the great joy of creativity. When playing guitar as well as knitting stitches it is all about the pleasure of creating something cool with your hands. And – it’s all about the attitude!”

The site also offers encouragement for those who’d like to get involved:

“Heavy metal knitting is simple, and it’s easy for everyone to join. Everybody can participate in their own way: by themselves, with friends or by sharing video clips of their heavy metal knitting performance on social media. The most important thing is to try something new and extraordinary -- and do it with your full energy!”