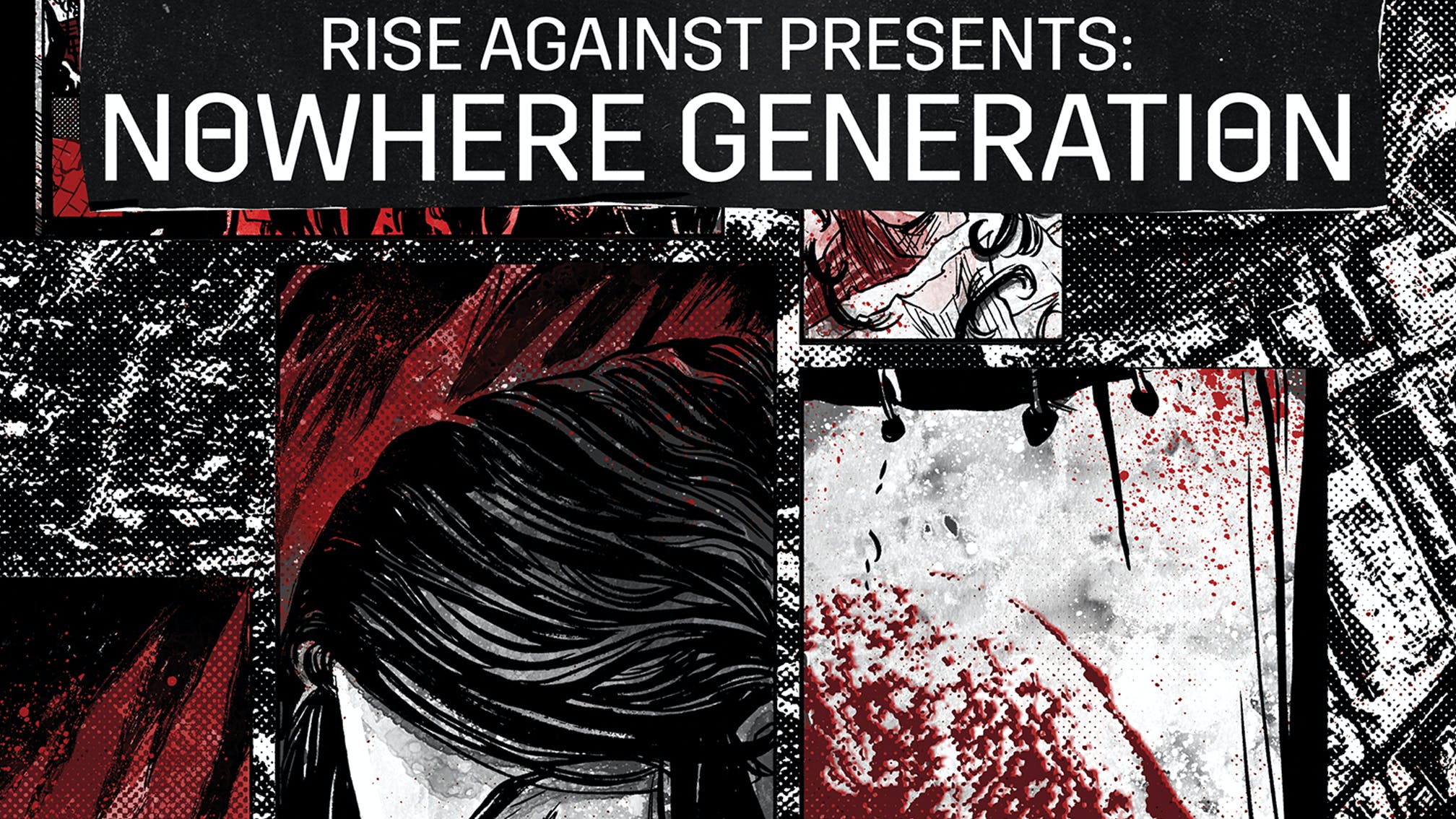 Having worked with everyone from Machine Gun Kelly to Mikey Way's Electric Century to King Diamond this year alone, Z2 Comics are now teaming up with yet another awesome artist, Rise Against, plus Loma Vista Recordings for a new Nowhere Generation graphic novel.

Based on the Chicago punks' excellent 2021 album of the same name, the Nowhere Generation graphic novel came to life with the help of Shaun Simon (True Lives Of The Fabulous Killjoys, Electric Century) and artists Sally Cantirino, Val Halvorson, Huseyin Ozkan, Soo Lee and more.

Arriving this October, it brings the typically vital "lyrical themes of their ninth studio album to comics", with a rousing description reading: "The world is a powder keg – a system that favours power, wealth, and status – and we're well past the tipping point.

"Nowhere Generation: Presented by Rise Against is more than just a tale of rebellion fuelled by the band's passionate politics and artistic inspiration. This is a glimpse into the lives of the abandoned, a collection of down and out individuals coming together for a revolution; these are the stories of the ones who fight back."

Check out the Nowhere Generation graphic novel cover and print set below, and pre-order yours here – it's available in both a standard softcover and hardcover format, plus there's also slipcase, deluxe and super deluxe editions featuring exclusive prints and new vinyl colourway of the album!

Speaking to Kerrang! last year about comics and superheroes, frontman Tim McIlrath said of his own personal heroes through these tough times of late: "The superheroes to me are every protestor and activist who is putting everything on the line to be out there on the streets, singing and holding signs and getting pepper-sprayed by law enforcement night after night. It’s just such a brave thing to do – and especially during a pandemic. History has shown us that it’s that kind of friction that creates change, and those people who are out there creating that friction are essential to me.

"When I look out there, it makes me proud to be alive in this time: to see people that really care that much. These people have been backed up against the wall for so long, and they’re finally lashing out because they have nothing to lose. Those are my superheroes right now: everybody spearheading those movements."