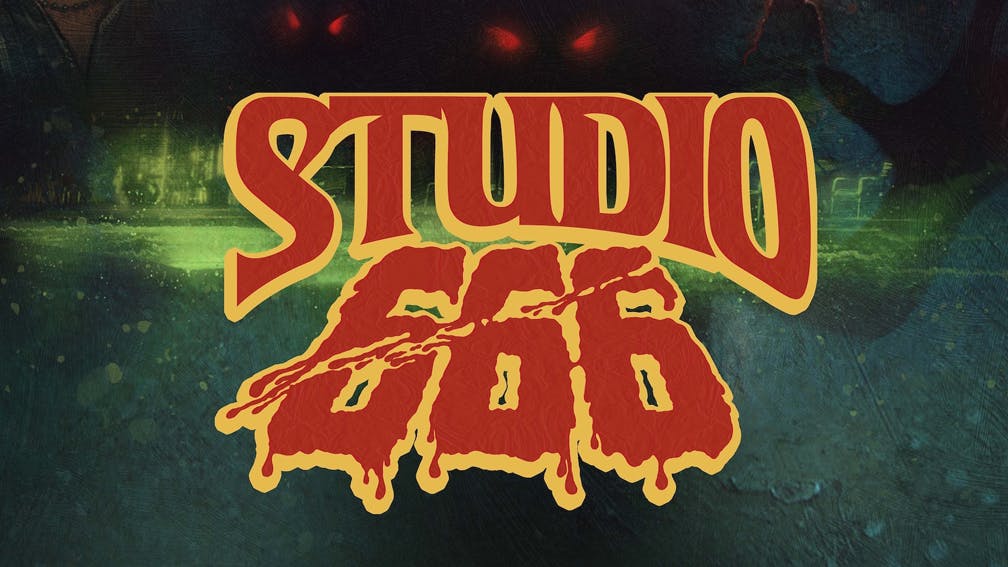 Foo Fighters have announced (a week late for Halloween) that their horror-comedy film Studio 666 will be hitting cinemas in the U.S. on February 25 next year.

Starring Foos as well as Whitney Cummings (The Ridiculous 6), Leslie Grossman (American Horror Story), Will Forte (MacGruber), Jenna Ortega (Scream) and Jeff Garlin (The Goldbergs), the film tells the tale of Foos recording in a creepy old mansion, where they’re set upon by demonic forces that threaten the completion of the record.

“After decades of ridiculous music videos and numerous music documentaries under our collective belts, it was finally time to take it to the next level: a full-length feature horror-comedy film,” explains Dave Grohl. “Like most things Foo, Studio 666 began with a far-fetched idea that blossomed into something bigger than we ever imagined possible.

“Filmed at the same house where we recorded our latest album Medicine at Midnight (told you that place was haunted!), we wanted to recapture the classic magic that all of our favourite rock and roll movies had, but with a twist: hilarious gore that fucking rocks. And now, with the help of [studio exec] Tom Ortenberg and the team at Open Road Films we can finally let this cat out of the bag after keeping it our best kept secret for two years. Be ready to laugh, scream, and headbang in your popcorn. Studio 666 will fuck you up.”

Last weekend the band were inducted into the Rock And Roll Hall Of Fame in Cleveland, Ohio by Sir Paul McCartney. During his speech, the legendary Beatle praised Dave for how he's trodden a similar path to him, falling into music early and never looking at doing anything else.

“You know, he’s just an ordinary, kind of goofy kid… and the same thing happened," he said. "He falls through the same hole, and he’s in rock’n’roll. And it’s gonna be his life. It’s gonna take over everything.

“And nothing was ever the same again. And it’s so magical. Everyone who knows, everyone who’s connected with it, everyone who loves rock’n’roll, it really is a magical thing that contains so many elements. Like all of the people we’ve heard tonight, I mean, it’s just unbelievable, yeah? So I feel super-privileged to be here tonight, inducting these guys.”