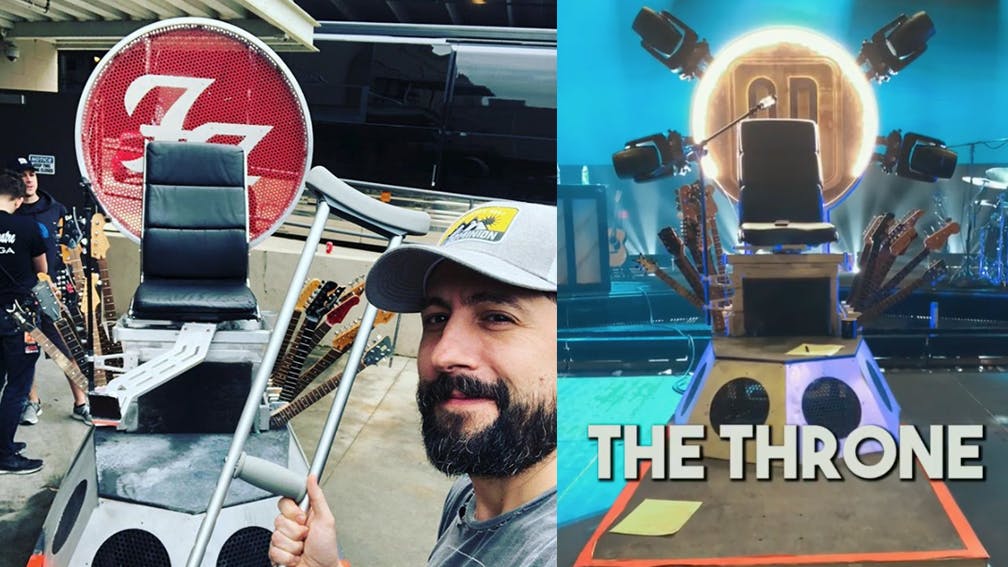 When Dave Grohl broke his leg onstage in Sweden in 2015, he finished the tour sat upon a custom-made Foo Fighters throne. Nobody anticipated how much use that chair would end up getting, when he later offered it up to Axl Rose, after the Guns N' Roses frontman broke his foot.

But now there is a new musical behind taking up residence on the throne: Old Dominion vocalist/guitarist Matthew Ramsey.

Old Dominion had to cancel three tour dates in February, after their singer took a tumble onstage last year and had to have surgery. Since he's now on crutches – which aren't very conducive to guitar playing – The Nicest Man In Rock (that's Dave Grohl) has lent out his trusty chair once again.

"So many jokes were thrown around about using Dave Grohl’s throne, finally we just decided to ask and see what happened,” said Matthew. “I’m sure Dave didn’t know that when he created this thing, everyone would want to use it. But, it has been an honour to sit on, and more importantly, it’s allowing us to keep the show on the road. Our fans are truly grateful. We owe him big for that.”

Check out photos of Matthew using the most famous seat in rock below.