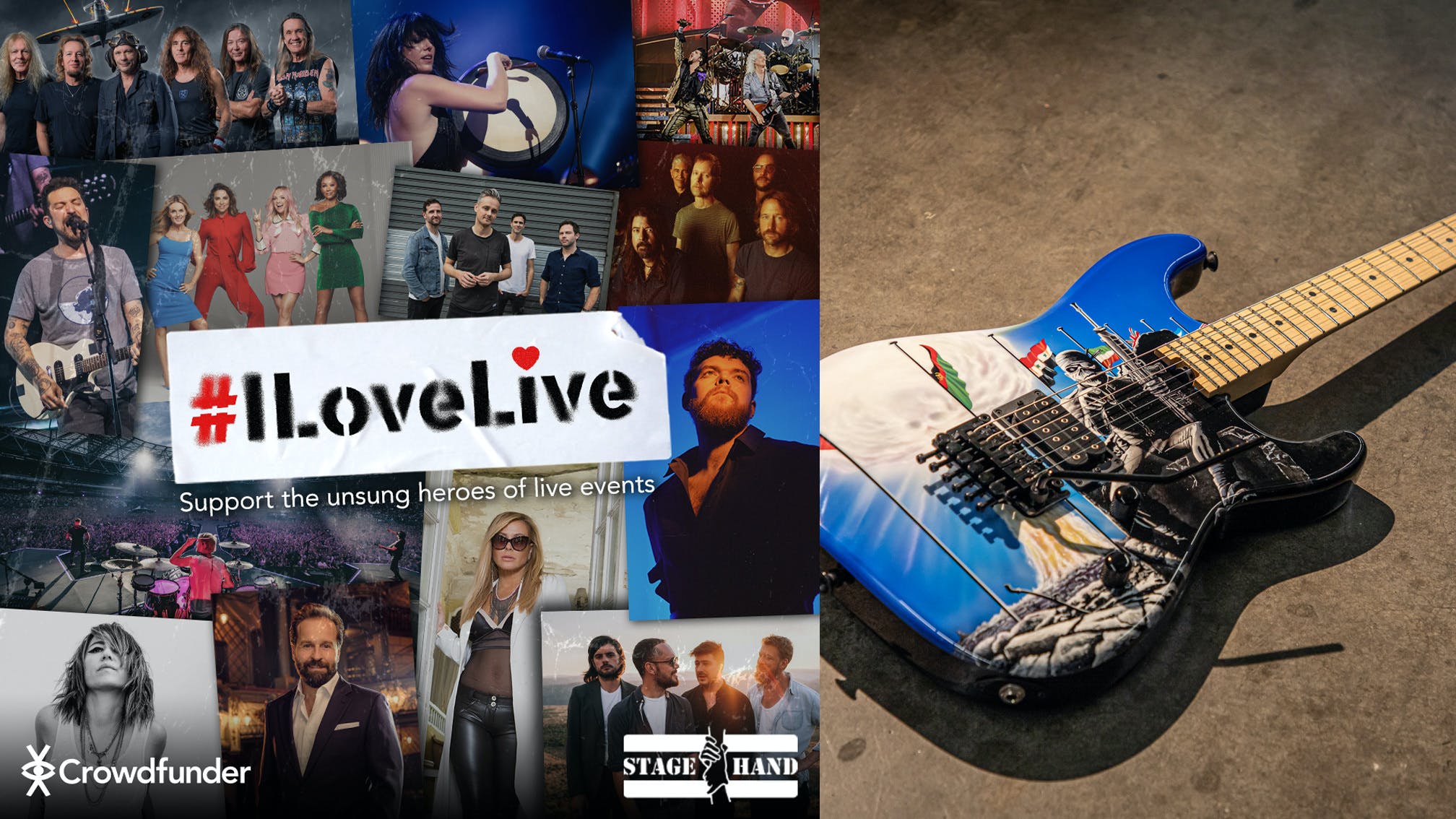 With touring crews still in desperate need of financial support as live music sadly remains on pause, an incredible new fundraiser has been launched to help out those involved with making shows happen.

Following on from #ILoveLive's 2020 initiative (which raised an amazing £546,000 for Stagehand), the fundraiser has announced a second wave of amazing prizes up for grabs – with everyone from Foo Fighters to Iron Maiden to Muse to Frank Turner getting involved and offering up some unique memorabilia for fans to get their hands on.

Set up by David Stopps, Ian McAndrew and Tom Schroeder alongside Andrew Lenthall and Mike Lowe from Stagehand, the #ILoveLive prize draw is live for the next month, with a £5 minimum donation getting you entry into one draw (donate multiple times for multiple entries).

"When I heard about the 10th suicide among stage crew in late August, I knew I had to do something," explains David of how the crowdfunder first came about. "Stage crew are not only suffering great financial hardship but most are also experiencing mental ill health. Money raised from these prize draws will actually save lives and help to safeguard their future."

"The #ILoveLive campaign on Crowdfunder is critical to supporting the ‘behind the scenes’ workers in the live music industry," adds Crowdfunder's Rob Love. "Without roadies there won't be a live events industry, even when COVID restrictions are lifted. Crowdfunding is a way for communities to come together to support causes close to their heart, and this is a great example of how the music industry is pulling together to help each other in a time of need."

Get involved now over at crowdfunder.co.uk/i-love-live.

Read this: How Run To The Hills kickstarted Iron Maiden’s rise to the top