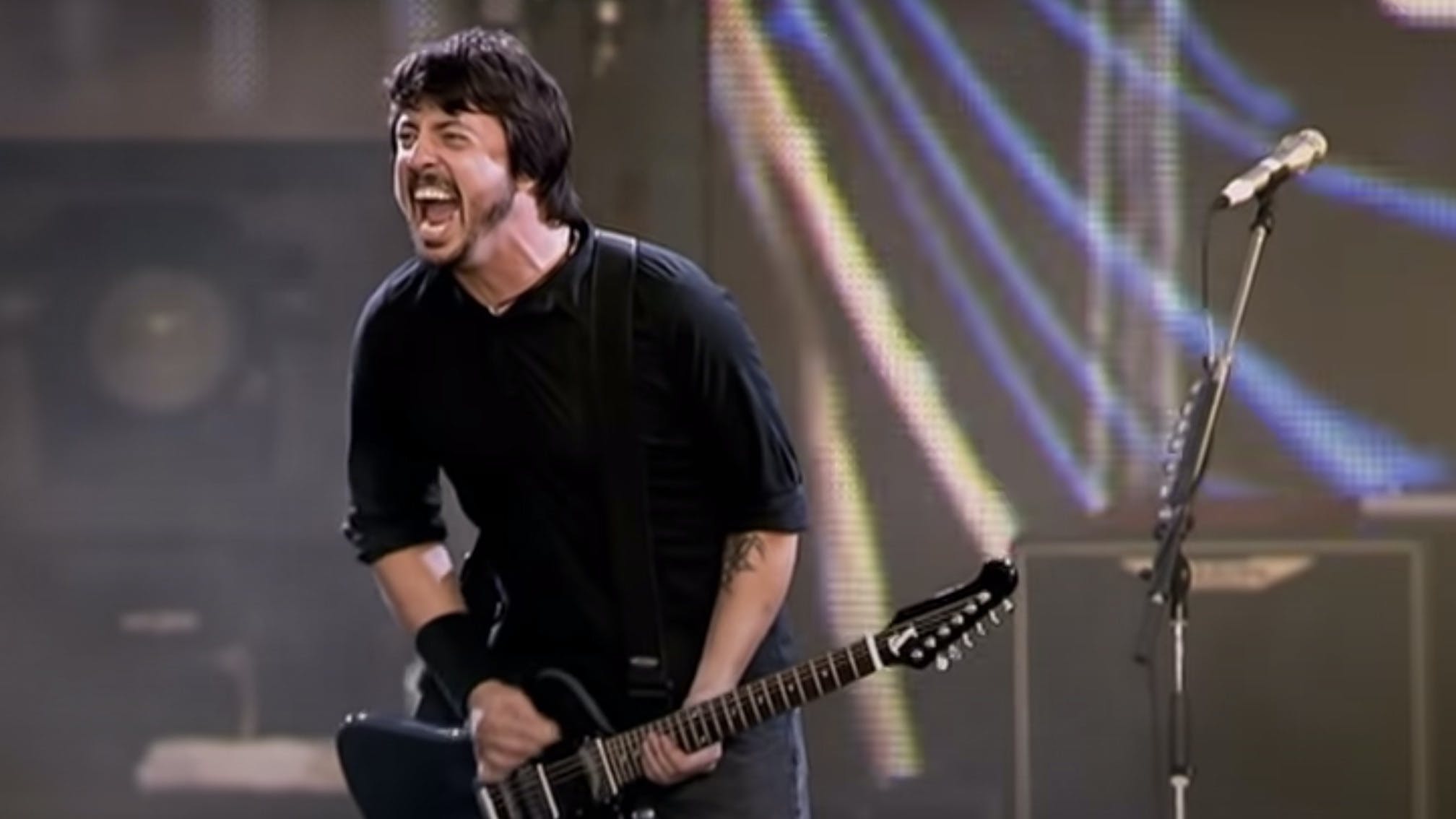 Foo Fighters have unveiled a full stream of their epic 2006 show at London's Hyde Park.

Keeping fans entertained and distracted amid the coronavirus pandemic, the rock titans shared the entire 80-minute set – which took place on June 17, 2006, and was in support of their 2005 fifth album In Your Honor – for free online.

The performance is a particular fan-favourite for a number of reasons: not only was it one of the band's biggest gigs ever at that point, but Dave Grohl and the gang also recruited some very special guests on the night. Motörhead's Lemmy stepped onstage eight songs in for the live premiere of Probot's Shake Your Blood, while members of Queen later appeared to cover We Will Rock You and Shake Your Mother Down. No big deal, eh?

Speaking to Kerrang! about the show, Dave enthused: “The great thing about that day was we got to pick the bill. So, we called all our friends – Queens [Of The Stone Age], Motörhead, Juliette Lewis was there, Angels & Airwaves. To me, it was like a party. It was like inviting a bunch of people to a barbecue, where I was literally barbecuing for everybody backstage before the show. When I went out to do that gig I smelled like a fucking cheeseburger. I’d been cooking all day. ‘Dave, you’re on in 20 minutes’ – ‘Okay, okay, I’m still flipping burgers!’

“At that point, the size of an audience was not as important as the atmosphere, or the energy in the audience,” he continued. “At this point in my life I don’t care how many people are out there; that doesn’t bother me. It’s what we do together. If it’s a club with 120 people, or if it’s a field with 120,000 people, none of that bothers me. It’s how we interact and what happens in the next two and a half hours. Something like Hyde Park, when you do a gig like that, we basically put that show on ourselves – all of the staging, all of the vendors, not unlike when I was a kid when I was putting on little community centre shows. This was a much larger version of that. There’s a sense of responsibility, but then there’s also this sense of pride that you can do something like that, and bring that sort of pleasure to that many people. I was proud that I could call Lemmy and say, ‘Hey, do you want to play Hyde Park together?’ Then there’s Motörhead onstage, playing Overkill to 50,000 people or whatever. I’m proud of things like that, y’know? It’s cool to be able to get your friends involved to come and play. Like, ‘We can get Motörhead? Why wouldn’t we have them, then?!’ It’s just like a travelling circus. And the circus came to town.”

The full setlist on the night was:

Read this next: Dave Grohl on the new Foo Fighters album: “It’s unlike anything we’ve ever done…”