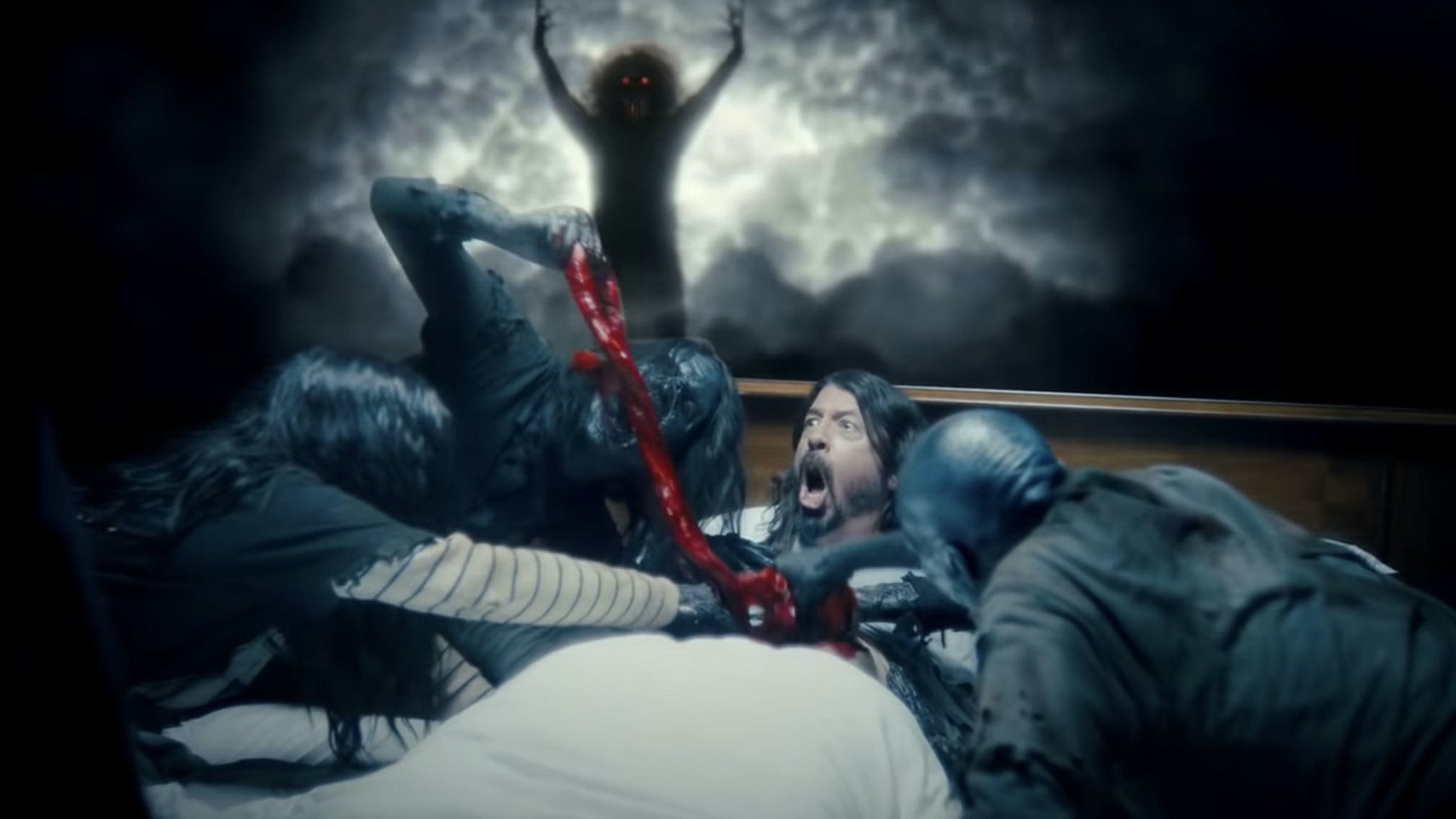 As Studio 666 hits cinemas this week, Foo Fighters have shared a new red band trailer for their horror-comedy – and it is both hilarious and unbelievably gory.

As the band introduce this latest sneak peek, they advise in advance that the film will "fuck you up", and the following couple of minutes more than live up to that warning: from Taylor Hawkins getting beheaded to Rami Jaffee finding himself up close and personal with a chainsaw.

Director BJ McDonnell says of the film that, “Studio 666 is a perfect combination of all things I love. Rock, horror, and comedy all tied together in a very thrilling motion picture. I am so excited to have teamed up with the Foo Fighters to create an old school 'band' movie. It’s been years since we’ve seen something like the Beatles’ Help!, The Monkees’ Head, or KISS Meets the Phantom of the Park. Take that ’60s and ’70s old school band film fun, mix it with horror and Studio 666 is born! I am so ecstatic for audiences of film and music to come together and enjoy our film.”

“Yep… we actually went and made a big, loud, bloody horror movie. Because… why the hell not?” continues Dave Grohl. “After keeping Studio 666 our dirty little secret for years, we’re so fucking excited to bring it to you guys for a full-on theatrical release. This thing was meant for the big screen. We hope you have as much fun watching it as we did making it.”