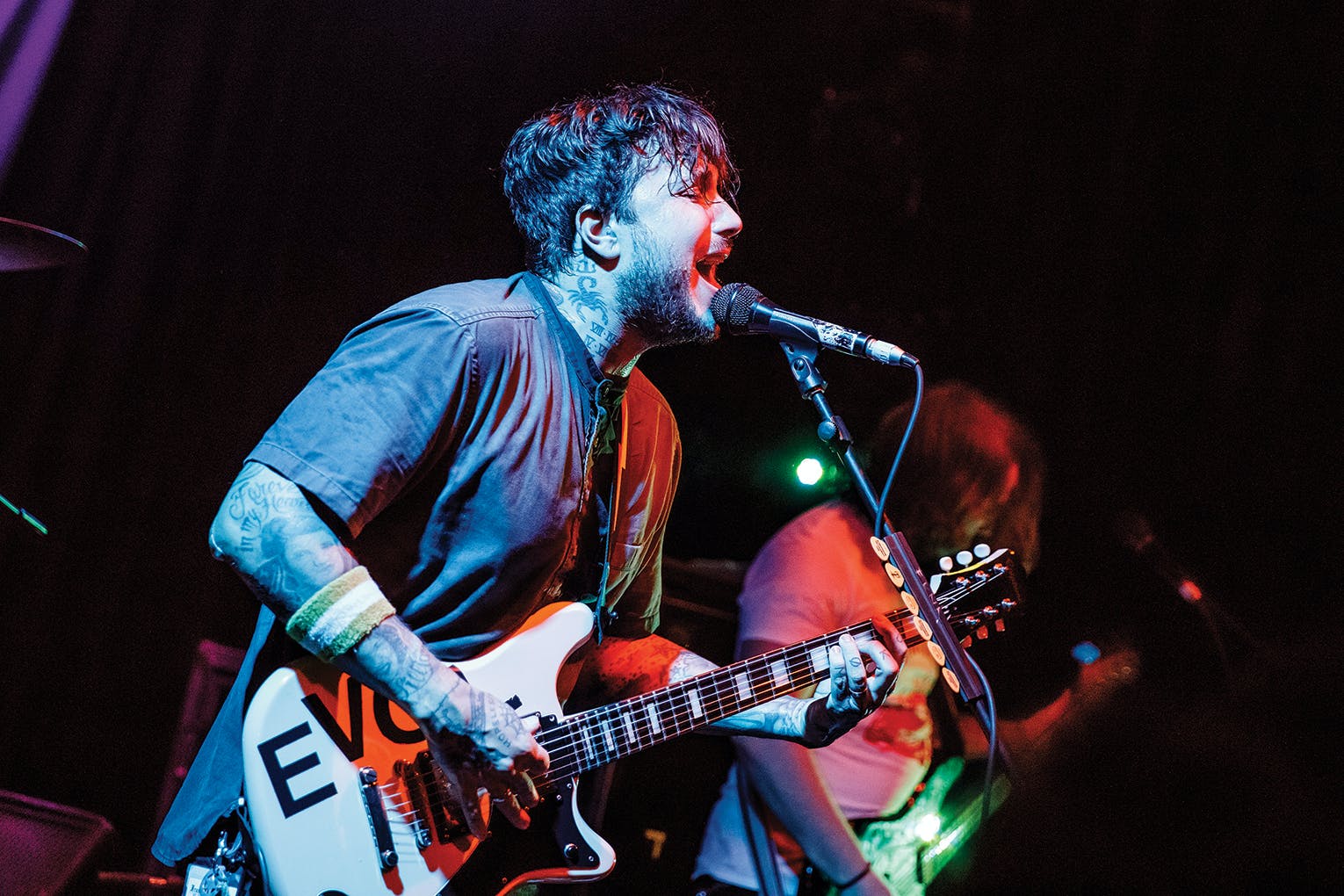 Ahead of the release of upcoming EP Heaven Is A Place, This Is A Place in January, Frank Iero And The Future Violents have unveiled a killer new single.

The track – Sewerwolf – is one of four that makes up the EP, with Frank telling Consequence Of Sound that the badass name actually came about thanks to his son, Miles.

Read this: 10 moments that made My Chemical Romance superstars

"Originally the song was untitled, it was fun to play and I liked it but I couldn’t find a good name for it," he explains. "So I asked Miles what he would name it. At that time he had come up with a superhero character he named Super Wolf so he said, 'You should name it that.'

"A few days later he came into my basement studio and I had songs scribbled out all over this giant whiteboard and he asked, 'Hey dad, what’s a Sewerwolf?' The name was so filthy and enigmatic that I knew it was fate naming the song."

Read this: 7 things you probably didn’t know about Frank Iero