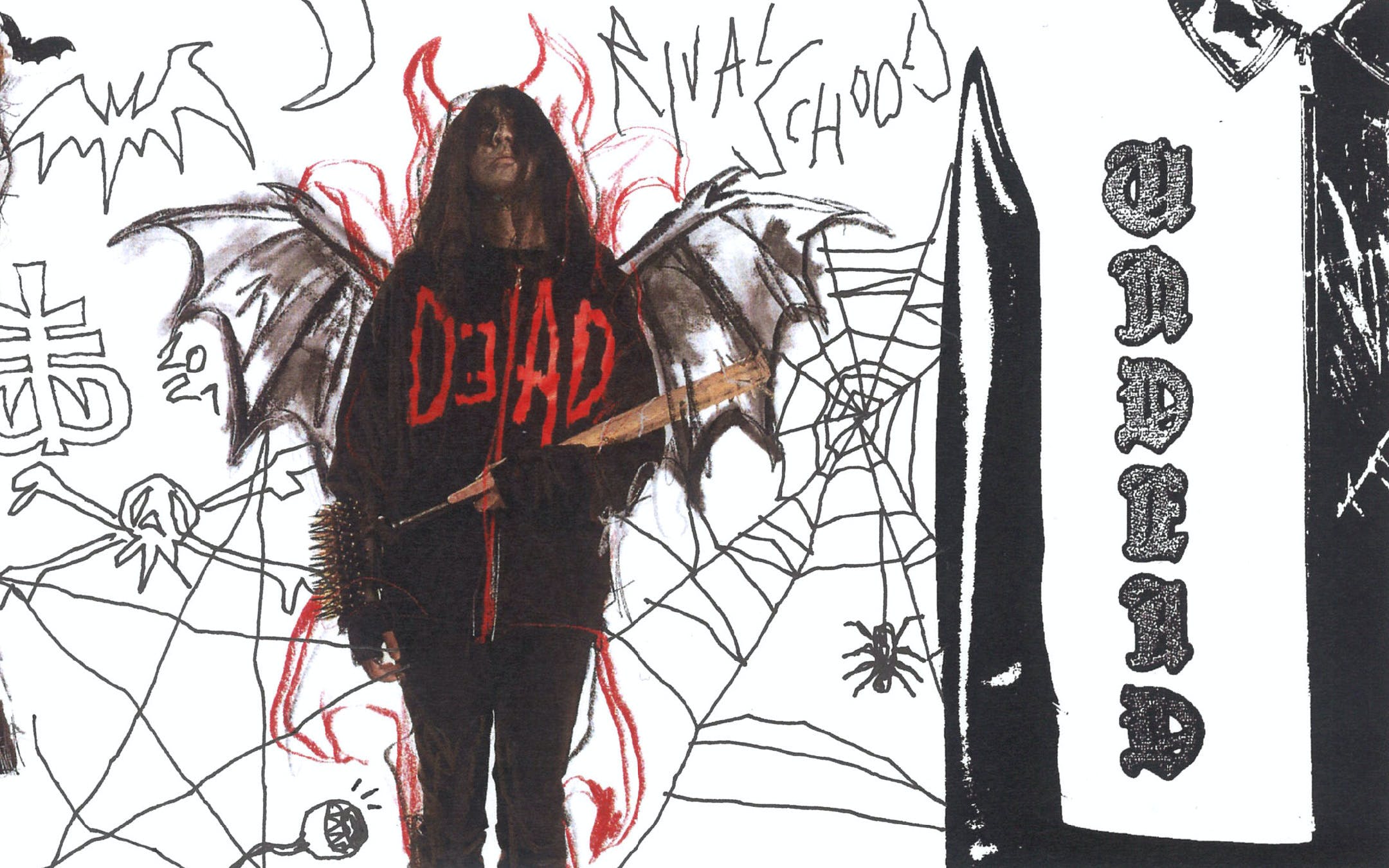 Drop Dead Clothing has been at the forefront of alternative fashion for over 15 years. Founded by Bring Me The Horizon frontman Oli Sykes, the company’s trajectory has mirrored that of the band to which their owner belongs, growing from spiky outsiders to scene leaders. Despite BMTH’s busy calendar, Oli remains deeply involved in Drop Dead Clothing’s creative direction, thanks in part to the unique approach he and Head of Design Jacob Harry Carter take when exploring new ideas.

“Drop Dead is Oli’s brainchild,” Jacob Harry explains. “We have a close relationship and work project-to-project on everything together – we’ll start a collection by watching a bunch of films, playing video games and talking about things that mean something to us until we have an idea we’re excited about.

“It’s important to separate ourselves from the noise,” he continues. “The focus has always been to create something meaningful, and the kind of work that will last not only physically, but conceptually through the narratives and campaigns we create alongside them.”

Narrative-driven collections and world-building have become essential to Drop Dead Clothing’s success in recent years. Not content to chuck together a range of garments that feel cool and on-trend, each Drop Dead Clothing collection comes with its own backstory, creating a complete sense of immersion around the apparel. The recent Rival Schools drop – which featured a narrative concerning four rival street gangs who fight to the death in a dystopian world – demonstrates the widescreen vision behind Drop Dead Clothing.

“World-building is really important for us,” Jacob Harry concurs. “It’s what got me so obsessed with physical things like CDs and comics as kid, and that tangible experience of reading a booklet while you listen to a record is similar to what I want people to experience when they wear Drop Dead. With the internet nowadays, it’s easy to put out something with no depth – we never want Drop Dead to be seen this way. Oli and I want Drop Dead to be something that lasts, and the kind of thing that really makes you feel something.”

Having produced an array of vibrant collections, from Rival Schools to mental health-inspired activewear range Running From My Demons, it feels like there’s no limit as to where Drop Dead Clothing could go next. They’ve previously partnered with artists and franchises as diverse as Cradle Of Filth, Game Of Thrones and Sonic The Hedgehog, but looking to the future, Jacob Harry promises the best is yet to come.

“Summer 2022 is going to be very cool,” he says. “We’re creating a world that people won’t expect from us; as for collaborations, there’s definitely some that may take people by surprise. We’ve wanted the past couple of years to define what Drop Dead is, and now we’re ready to jump back into that world.”