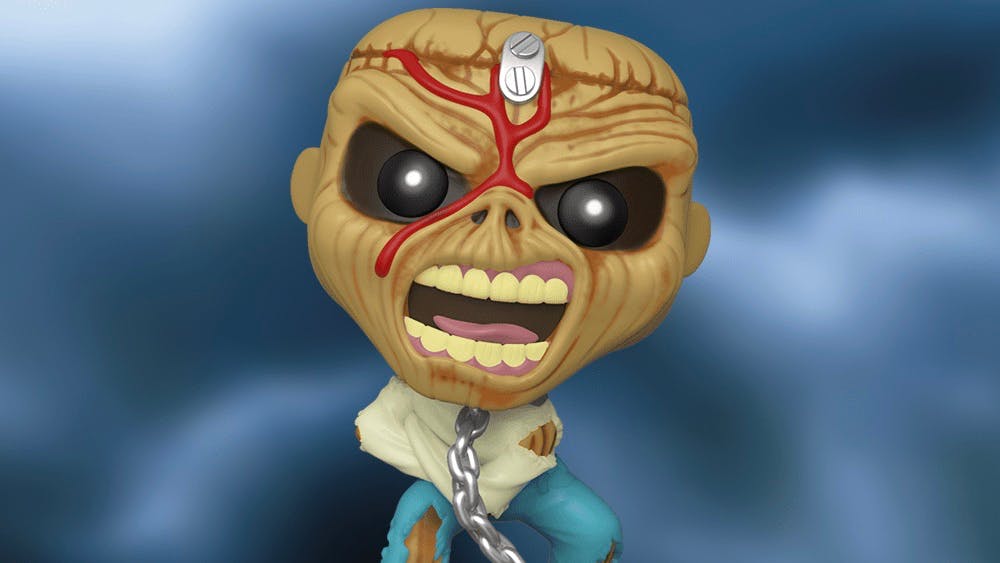 It's bizarre that we've had to wait this long, but Iron Maiden's immortal mascot Eddie is finally being released in Funko POP Vinyl form. The ever-changing face of Maiden has been shrunk down to just a couple of inches in height, yet still looks absolutely badass.

Four different incarnations of Eddie POP Vinyls have been announced so far, in what Funko call "wave one". Very soon you'll be able to get your hands on the Eddies from Iron Maiden's self-titled debut album, Killers, The Numbers Of The Beast and Piece Of Mind.

We can probably assume that wave two will be the next four albums in Maiden's catalogue, much like their recent reissues were released in batches of four. They also came with limited edition Eddie figures inspired by the band's iconic album covers.

Last week Iron Maiden announced another collaboration, this time with bassist Steve Harris' beloved West Ham Football Club. Known as Die With Your Boots On (named after the 1983 song of the same name), die-hard Maiden fans can now get their own Maiden/West Ham football kits.

“I think it’s brilliant," says Steve. "I really love that version and colour of the crest, and that old classic kind of kit. It’s a modern shape but with a retro design, and I like that. Up the Irons!”

Iron Maiden will headline next year's Download festival at Donington Park, UK, on June 12-14 2020. Get your tickets here.

READ THIS: The 50 best album openers in metali