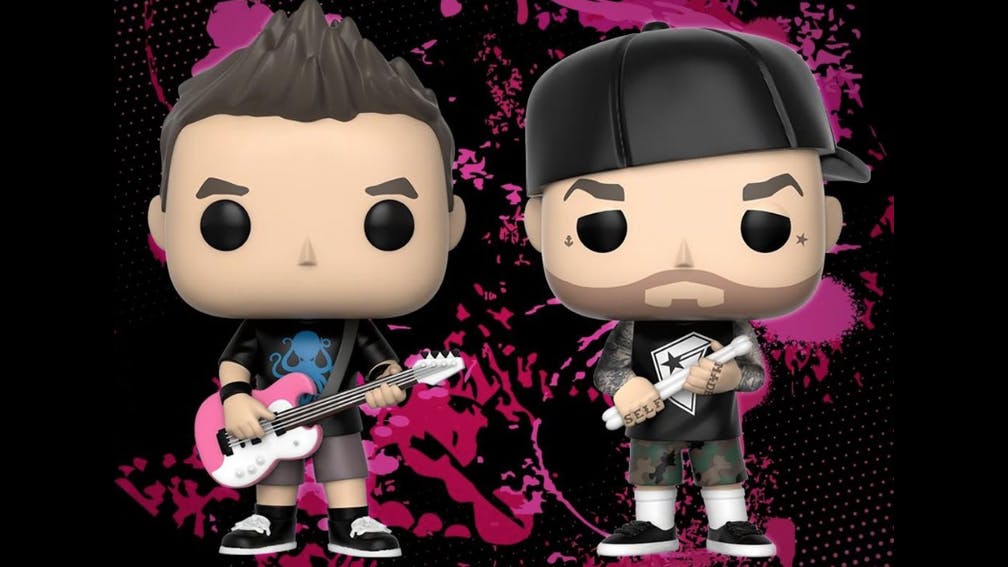 Whether you're obsessed with collecting them, or you think they're pointless pieces of plastic, this is pretty cool: blink-182's Mark Hoppus and Travis Barker are now going to be immortalised as Pop! vinyl.

Of the latest designs, manufacturing company Funko says: "blink-182 bassist Mark Hoppus and drummer Travis Barker are joining the ranks of music icons as Pop! Rocks vinyl figures. In true blink-182 fashion, Mark is depicted wearing the blue octopus that has become his signature logo and carrying his signature hot pink bass guitar and Travis is depicted with a backwards cap, face tattoos, skater punk attire and his drumsticks."

They seemingly haven't addressed why former frontman Tom DeLonge, or current frontman Matt Skiba, aren't getting their own versions. But we'll happily take these for now. (And can we also request some Green Day ones while we're here, plz?)

Check out the blink Pop!s – which will be arriving in September – below.