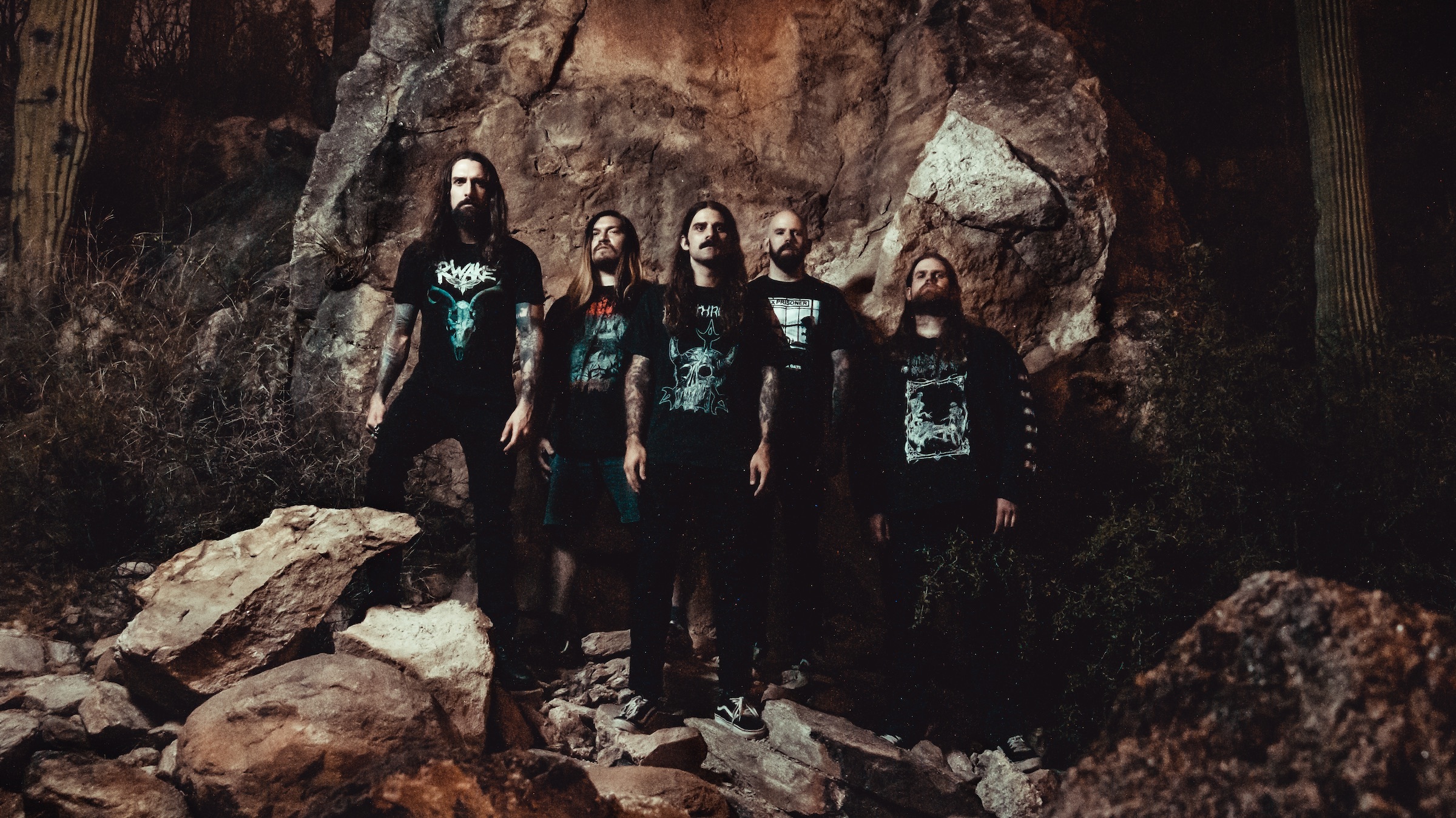 Of the many American great metal bands from the past decade, few have been as hardworking, impressive, and flat-out awesome as Arizona's Gatecreeper. The band have spearheaded a movement of dripping, punishing old-school death metal that has swept the scene. Now, Gatecreeper have announced the release date of their sophomore full-length album, and have dropped a killer new single to go with it.

Gatecreeper's new album, titled Deserted, will come out on October 4th via Relapse Records. The cover, illustrated by Brad Moore (Tomb Mold, Morpheus Descends) is a gnarly, corporeal interpretation of the desert, while the first single, Boiled Over, is the kind of noxious, throbbing death metal track one has come to salivate over throughout Gatecreeper's career.

"We are very proud to finally unleash our second full length album," say the band. "There are plenty of new and exciting elements mixed into our songwriting formula, but the most apparent evolution is simply getting better at what we have been doing since the beginning. Our experiences over the 3 years have made us a stronger band all around. With Deserted we wanted to solidify and define the Gatecreeper sound of memorable songwriting with both infectious hooks and crushing riffs."

"The first song from Deserted we chose to share with the world is Boiled Over," they continue. "With this song, we tried to capture the melodic side of Bolt Thrower mixed with the crushing heaviness and groove of bands like Obituary or Crowbar. There is a confident swagger to the song that any fan of heavy music can enjoy."

Sweat blood to Gatecreeper's Boiled Over below:

The tracklisting for the album is as follows:

Get an infection from the cover of Deserted here:

Gatecreeper's Deserted lumbers into the light October 4th via Relapse Records. The album is already available for preorder through the label, as well as digital preorder.

Listen to Gatecreeper's surprise new LP, a two-sided effort that is partly inspired by Black Flag's ​My War​.

How The Desert Influences The "Stadium Death Metal" Of Gatecreeper