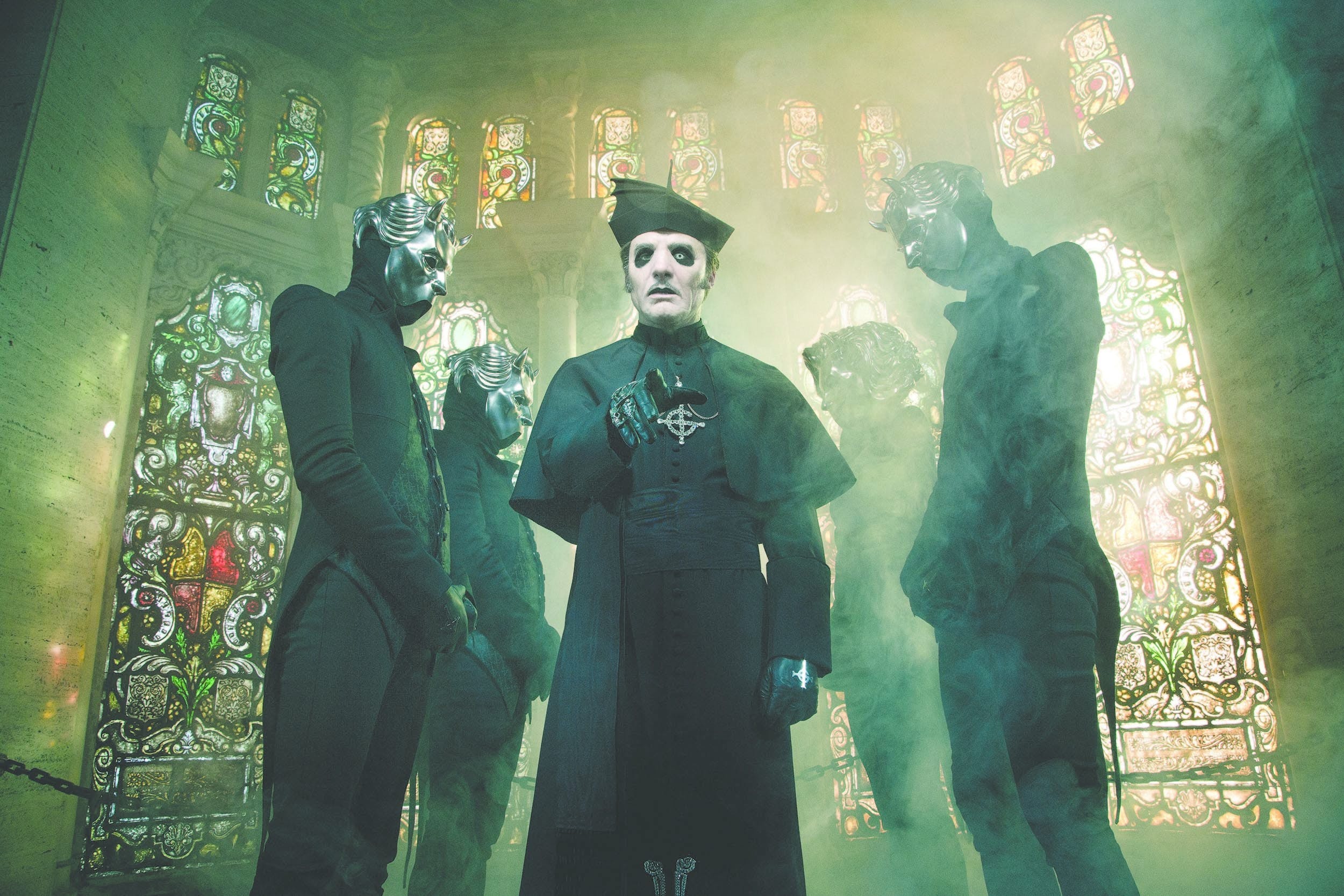 A Christian group in Midland, Texas have convened outside the Wagner Noël Performing Arts Center ahead of Ghost's show tonight (November 19).

Pastor Larry Long tells CBS 7 the religious group's decision to pray outside the venue is not a protest, but a way of demonstrating their worries related to the band's evocative imagery.

"We’re just simply here to pray, to pray His protection, to plead the blood of Christ over our community," says Long. "This kind of band will bring spiritual influences into this area. We’re concerned about it, because we believe the devil is real, just as we believe God is real.

"And people who think that’s nonsense, probably don’t believe in God or the devil," he adds. "But because we believe in God, we also believe in the devil. So we believe that this is a real battle, and it’s important for us to be in prayer.”

"The fact that they describe themselves as a worship band for Satan, is, I think quite shocking. And I think most of our community would be surprised to learn that.

"They cover their faces with masks that look like devils in their concerts, and they are all about worshipping and bringing glory to Satan. And it’s just not the thing I think most of Permian Basin would be happy to have in our community.”

Either way, the band have not responded to Long's claims.

The band, however, are on tour in North America until mid December. Catch them at the following venues:


The band's album Prequelle is out now.