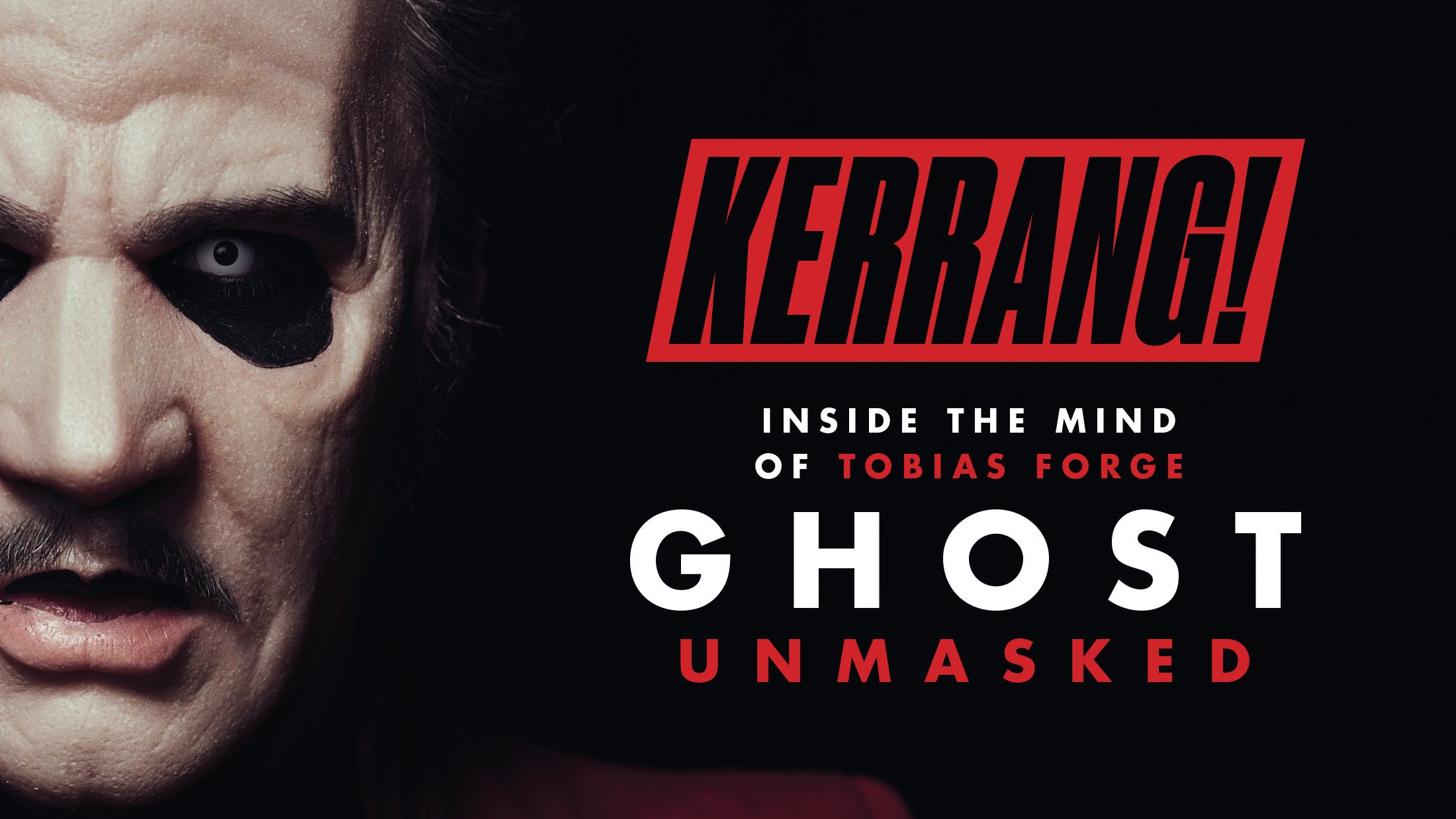 A decade into their career, Sweden’s Ghost have been a world-conquering, award-winning band at the absolute top of their game. Kerrang! goes behind the scenes with Tobias Forge to chart the band’s incredible ascent to rock greatness and to find out who the man behind the mask really is…

Not only that, but there’s an exclusive art print of the psychedelic artwork for Seven Inches Of Satanic Panic, the band’s ever-so-suggestively titled new single.

Elsewhere in the issue, Evanesence and Within Temptation team up for a chat, The Menzingers reveal the inspirations behind their new album, Hello Exile, and Justin Hawkins tells us all about The Darkness’ new record, Easter Is Cancelled. And then there’s this week’s K! Interview with Mark Lanegan, who’s had enough crazy life experiences for all of us put together – and survived to tell the tales.

Reviews-wise, BABYMETAL’s third album, Metal Galaxy, finds the Japanese band on their most OTT form to date, and emo veterans Jimmy Eat World (who would hate to be called emo veterans) return with their 10th album, Surviving. On the live circuit, Knocked Loose tear Japan a new one as they headline Bloodaxe Festival in Japan, Angels & Airwaves prove aliens exist on their first U.S. tour in seven years and Less Than Jake keep ska-punk alive in Sheffield.

There are also six glorious posters to make your walls less boring, including shots of IDLES, Waterparks, You Me At Six, State Champs, Creeper and Slipknot.

All this and more is available in the new issue of Kerrang!, which you can get anywhere in the world through Kerrang.Newsstand.co.uk. But for UK residents, it hits the shops on Wednesday, October 2 from all good newsagents.