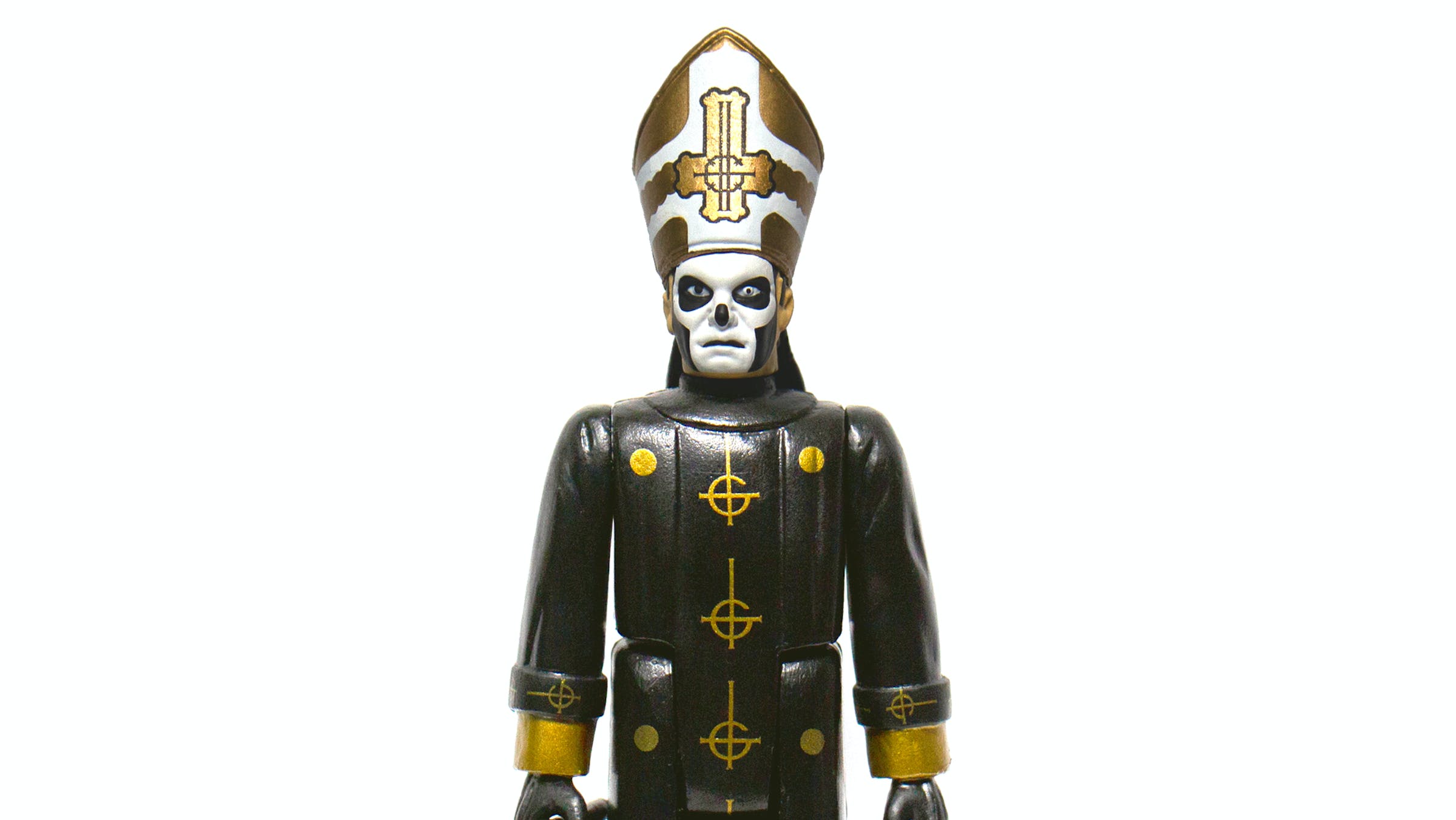 Just when your toy shelves couldn't get any more packed with famous metal stars, occult rockers Ghost are back with yet another action figure. Their latest, a 3.75” rendition of singer Papa Emeritus III, is now available for purchase for just $15 via Super7, and even comes with a microphone accessory.

Check out pictures of the toy below:

Compared to Ghost’s action figures released earlier this year, this one is overwhelmingly more affordable. But to be fair, those were limited-edition, hand-painted figurines, created as part of KnuckleBonz’s line of collectibles called Rock Iconz, and only 3,000 were produced, each 8.5” tall. They included Papa Emeritus II sitting on his throne, Cardinal Copia in a tuxedo, and Cardinal Copia in a red cassock. But if you're a Ghost completionist, you better acquire this Papa Emeritus III -- that is, if you have any money left after spending $333 on those other ones.

If you own a Ghost action figure collection, one hopes you'll be attending their upcoming tour. Dates are as shown below: