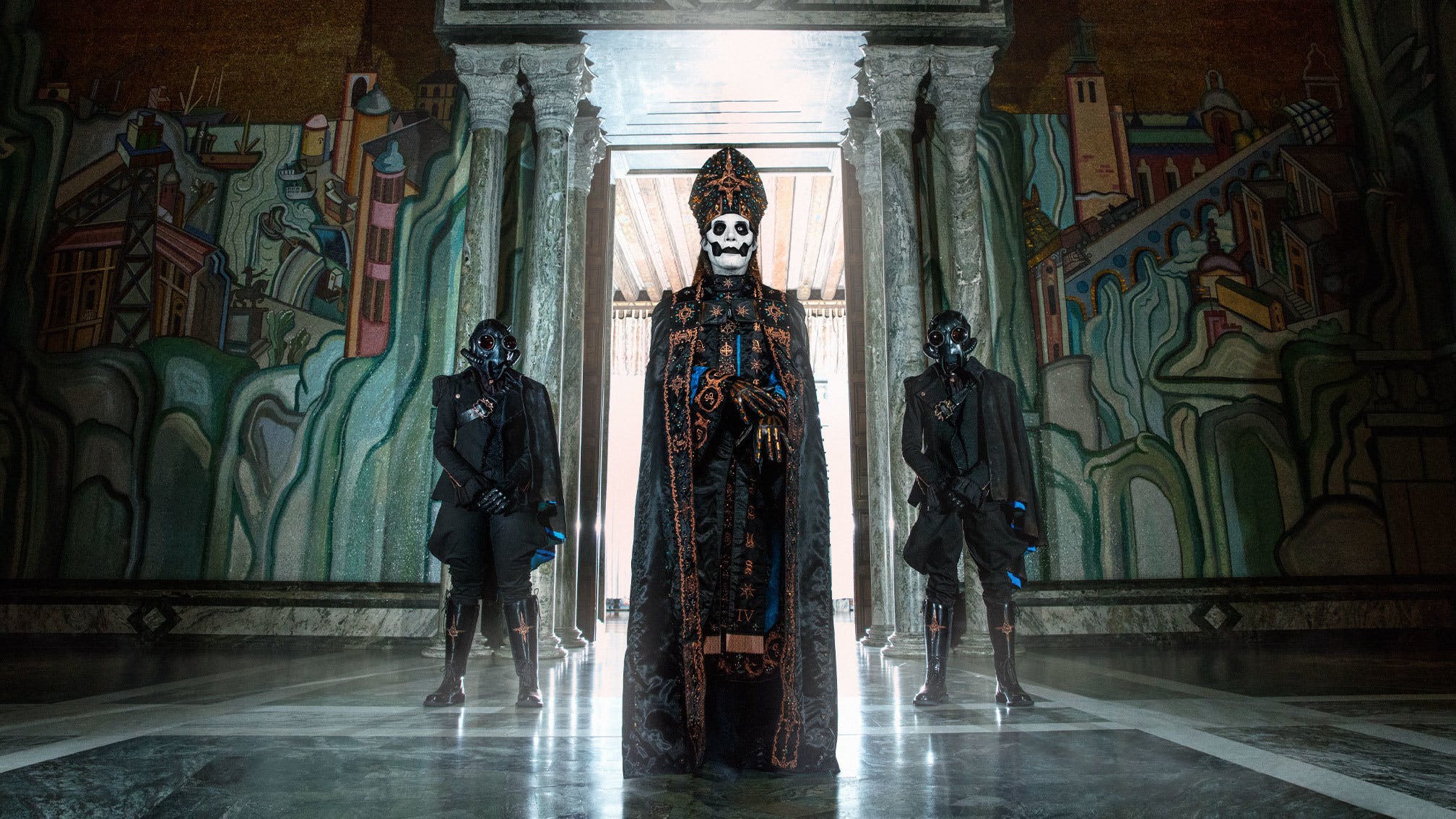 It's officially April, which means that Ghost's eagerly-anticipated Imperatour (also featuring Uncle Acid And The Deadbeats and Twin Temple) hits the UK very soon! And to celebrate, we caught up with mainman Tobias Forge in the brand-new issue of Kerrang! to hear about how the shows went in America, and what playing over here means to him.

Of course, the Swedish titans have deservedly worked their way up to arenas nowadays, but starting out, Tobias wasn't so certain how things would go for the band. “In the early days we were told it was an unbreakable market,” he recalls. “And that when we played anywhere outside London, we shouldn’t be alarmed if someone chucks a beer bottle at us during the set…”

Tobias needn't have worried about that, of course, and these days he's well prepared to feel the love from UK audiences.

“There has never been a moment – whether supporting [another band] or headlining – where I didn’t feel we had something special with a British crowd,” he smiles. “I’m really happy that the clairvoyance of those who told us it wouldn’t work out turned out to be wrong. I’ve always felt we have a strong fanbase over there, but you never take it for granted. You have to do better every time you come and prove yourself, because that’s part of this job.”

Order your copy of the new issue of Kerrang! right now.

Ghost will be hitting the UK and Europe very soon, supported by Uncle Acid And The Deadbeats and Twin Temple: