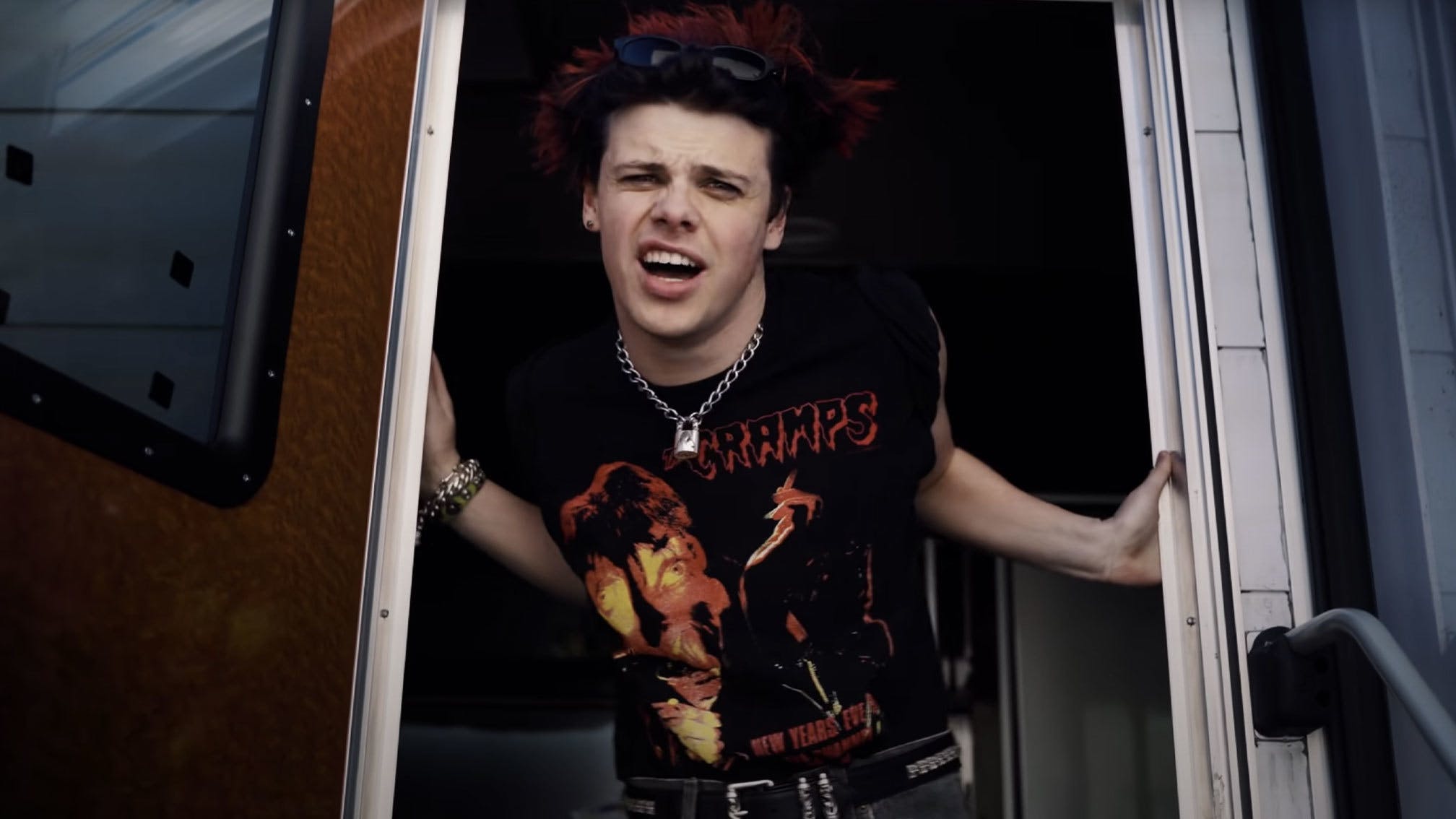 Following its release in March, YUNGBLUD has shared a new behind-the-scenes look at his video for The Funeral – which stars none other than metal royalty Ozzy and Sharon Osbourne.

In this new clip, The Prince Of Darkness jokes that he "should have had a fucking eyebrow license" with the make-up worn for the shoot, before Ozzy then gifts YUNGBLUD with a necklace and tells him that, "It'll bring you good luck." Awwww.

Upon release, YUNGBLUD explained of the meaning behind The Funeral: “I’d spent a lot of time in the last 18 months grappling with who I really want to be. I’ve honestly just felt like a bit of a hypocrite lately. I’d spent the past four years telling people to be unapologetically themselves and to not care about what others think and realised that was something I needed to tell myself. I felt a lot of pressure, a lot of insecurity, a lot of questioning myself.

“But then I wrote this song and it distilled for me what this next phase in my life, not just my career, was gonna be about. The lyrics are literally me listing off everything I’m insecure about, because if you identify with what you don’t like about yourself and own it, no-one can say anything that you haven’t already said to yourself. You become bulletproof.

“This song’s about owning those insecurities and just being fucking fearless. It's about ego, death, rebirth and fucking dancing on your grave. Inviting everyone to join you, but if you’re on your own and you’re the only one dancing – that’s fine too.

“For this new music, I looked at myself in the mirror and said, 'You ain’t gonna be around forever, how do you want to be remembered? And if you were hit by a car tomorrow and you could sing one more thing before you become worm food, would this song be it?' Truly, the answer is yes. I would take this to my grave.”