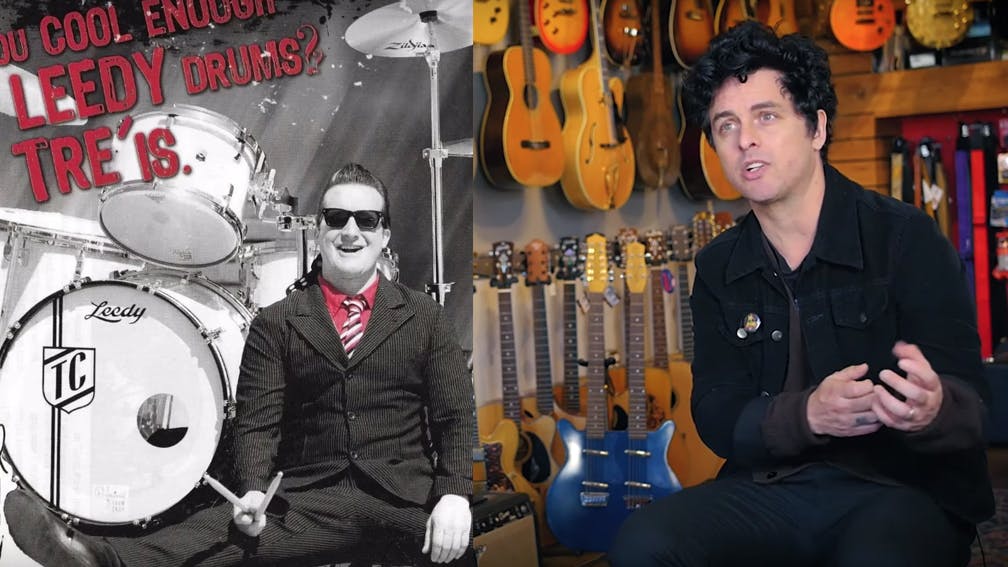 Attention, Green Day nerds! The Bay Area titans have partnered with music instrument marketplace Reverb.com to sell over 100 pieces of gear, used throughout their career.

Both frontman Billie Joe Armstrong and drummer Tré Cool are having a clear-out of epic proportions of their respective instruments, with nearly 50 of Billie Joe's guitars up for grabs, and five drum sets and a dozen snare drums from Tré's collection – the majority of which have either been played on tour or in the studio.

“Every guitar has its own character," Billie Joe says. "Each one reflects who you are – the kind of songwriter you are, the kind of guitar player that you are. Used guitars, in particular, come with a history to them. I love the character you can see looking at a fretboard that’s been used. After 30 years of collecting odds and ends and really good stuff, I have to sell some of it off.”

“If you hoard the right shit long enough, they call you a collector," adds Tré. "So I’m selling off just a wee bit of the collection. I’m not doing it any justice sitting around when someone could be using this stuff. I haven’t really sold anything ever – this is the first time. My psychiatrist said I have to do this. In all seriousness, I hope whoever buys this stuff gets some enjoyment out of it… rocking it on their stage or putting it in their studio. I really hope they just don’t sit around and get dusty. Except for the burned stuff. Don’t even try and fix that – it's not going to work. It’s just burned.”

Some of the incredible items included in the Official Green Day Reverb Shop are:

– A rare 1958 Gibson Les Paul Gold Top Guitar – not only one of Billie Joe's favourites to play live, but also used at Longshot and Coverups gigs.

– The 2011 TV Yellow Gibson Les Paul Junior Guitar that Billie Joe smashed during the 2012 iHeartRadio Music Festival (it has been put back together, and is playable).

– A 1950s Gibson ES-140T Electric Guitar that Billie Joe used on the tour bus throughout the American Idiot tour.

– An OCDP Silver Sparkle Drum Kit that Tré set on fire during the Pop Disaster Tour in 2002 – exactly as it came offstage with ash and soot.

– An Ayotte Green Stain Maple Drum Kit that was used live throughout the Insomniac tour in 1995.

– A Leedy White Marine Pearl Drum Kit and Snare Drum that was used on the 21st Century Breakdown tour. The kit – which is one of only four made – shows signs of discoloration, likely due to repeated exposure to pyrotechnics.

Check out Billie Joe and Tré chatting about it all below.

The Official Green Day Reverb Shop goes live on Thursday, February 7 – but you can check it out now at this link.