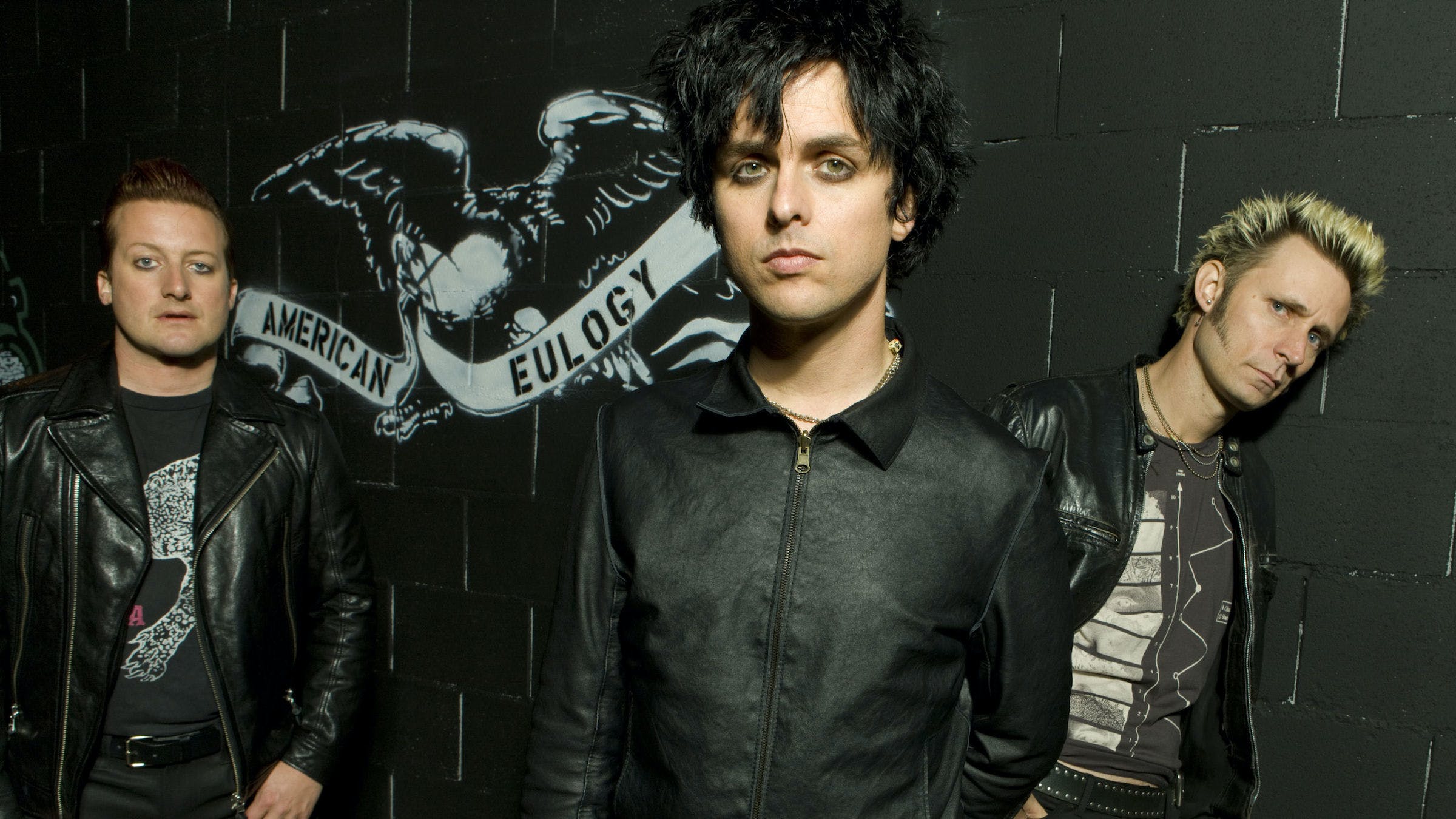 While we patiently wait for more news on Billie Joe Armstrong's sneaky announcement in December that he's working on new music, Green Day have announced their first-ever book: Last Of The American Girls.

The Oakland titans have co-authored the release – due out on October 29 via HarperCollins Publishers – with cartoonist Frank Caruso, and have made it available now to pre-order.

A blurb on HarperCollins' website explains that the book is "a timely, inspiring illustrated rendition of the GRAMMY-winning band’s classic hit Last Of The American Girls" – taken from 2009's epic 21st Century Breakdown – and that "in this powerful full-color book, they now transform their Billboard hit Last Of The American Girls into an inspiring homage and handbook for the rebellious – every woman who refuses to capitulate."

Check out its front cover below:

The smash single that the book takes it name from is actually about Billie Joe's wife, Adrienne. “Then I started getting into more of my own beliefs – anything from a little book of conspiracies to playing vinyl records or something,” the frontman told Blunt (via Rolling Stone). “It’s sort of about an empowering, sort of subterranean kind of lifestyle, but at the same time there’s a new era coming in with the way we all need to live.”