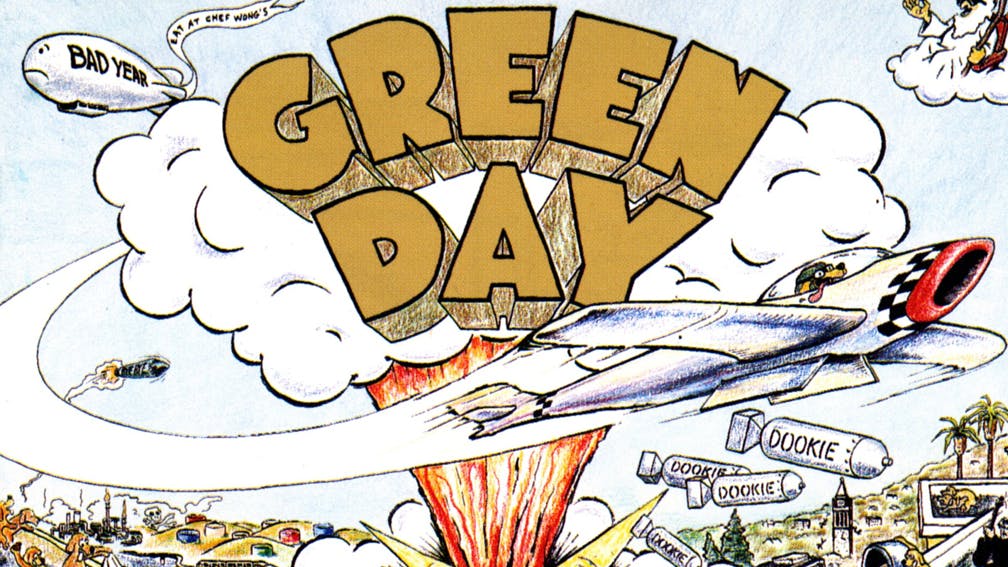 February 1 marks the 25th anniversary of Green Day's stunning breakthrough record Dookie. We've paid tribute to the record in our own way, but the members of the band have been reflecting on their world-class third album, too.

And not only have Billie Joe Armstrong, Tré Cool and Mike Dirnt happily looked back on a record that changed their collective lives, but their frontman has even hinted that a proper birthday celebration of all things Dookie could well end up happening at some point in 2019…

"We wanted to think of something special to do but we couldn’t quite come up with anything.. Maybe play the record in its entirety at the pyramids in Egypt," Billie Joe posted on Instagram. "Or jam it Machu Picchu ? Exclusive in Viggiano.? Never quite came to fruition.. But never despair. 2019 still has time.. Dookie makes me think about Berkeley a lot. Our house on Ashby and Ellsworth a block from telegraph avenue. Living in a basement with a band called East Bay Weed Company. Our friend Ben Mattick... socialist college girls living up stairs. Coming up with she and coming clean. Riding bikes and bong hits. Turning 21. Pete’s Wicked Ale. Hysterical laughter. Maniacal laughter. Butterball turkey. “The Ashby house” was our little punk house. I would write songs all night and wake up at 2:00 pm. Have a bagel and a coffee on the front steps.. debilitating panic attacks.. my guitar, my Marshall, my 4 track tape recorder.

"Weird A &R dudes sniffing around.

"Eventually Meeting producer Rob Cavallo.. we learned so much from him. Playing Beatles songs over and over... Richie Bucher’s amazing ep cover he did for a band called Raúl inspired us to ask him to do the cover art for Dookie.

"Mike’s G3 bass. Tre’s Noble coolly snare... driving in my old Ford Fairlane hearing Longview on the radio for the first time. Blair Hess. our first show in Italy at a place called in bloom.

"having a lot of uncertainty about our future but not giving a shit. Wanting and dreading to be a rock star.. if that’s even possible.. Local punk scene backlash... Fist fights at Gilman street... stress stress stress!! You have to have gratitude for the bad and the ugly too.. Well... that’s the random thoughts I have for now... I hope people keep listening.. cause we’ll keeping playing... love
BJ"

Bassist Mike has kept things a bit shorter with a fun fact about Dookie's follow-up, Insomniac: "Remember that time 25yrs ago we put out a record and called it Dookie! Well, believe it or not, Insomniac was almost named Donkie just to fuck with people!!!"

While drummer Tré's thoughts are equally as – ahem – cool: "The album that changed my life forever is 25 years old today! Dookie! came out (no pun intended) Feb 1 1994 disproving those who jawed about punk being dead or not being appealing on a commercial scale. Well... Fuck y’all. We’re still here."