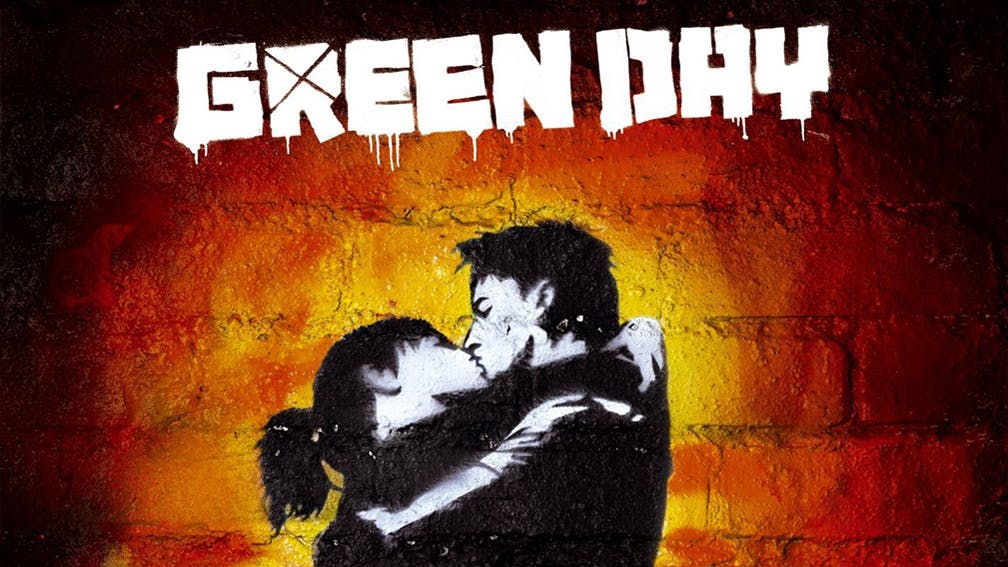 As Green Day’s American Idiot cycle came to an end in 2006, the band found themselves treading unfamiliar waters: they were, as frontman Billie Joe Armstrong noted, no longer the underdogs. While 1994's Dookie thrust them into the spotlight a decade prior, their 2004 career-changing seventh studio album presented a new level of superstardom that required careful onward navigation. Where would they go from here?

“We’re like a boxer who’s fought his way up and is now the champion,” Billie Joe considered. “We’ve got to stay in good shape or else we’re going to get our asses kicked!”

The trio’s decision to take their time on album number eight, then, was deliberate, resulting in their longest-ever gap between records. American Idiot took them up to December 17, 2005 and allowed for a few sporadic sets the following year. But 2006 as a whole was all about coming to terms with the conclusion of their most successful chapter yet, as well as turning thoughts towards what would become 21st Century Breakdown. It would also involve time away from music.

Billie Joe channelled his energy into helping victims of Hurricane Katrina, taking his family out to New Orleans to build houses, and later regrouping with Mike and Tré for a charity cover of The Saints Are Coming with U2. In terms of an actual sabbatical, he travelled to France and Mexico, while Tré headed to Cuba, and Mike ventured to Europe.

After nearly a year, new material was “getting there”, but the desire to avoid doing anything reactionary to the album’s predecessor played on their minds. “In no way do we want to make music that feels like we’re cashing in on our past success,” Billie Joe explained shrewdly.

It wasn’t until October 2007 that fans finally had a solid update. Green Day had been chipping away at “something like 45 songs”, and were almost ready to start demos.

But then they did something no-one saw coming, when a garage rock band by the name of Foxboro Hot Tubs appeared as if from nowhere in December, with new songs to boot. Two months later, seemingly letting the world know that Green Day had slipped further down his priorities, Billie Joe temporarily resurrected another side-project, Pinhead Gunpowder, for several Oakland club gigs. By April 2008, the focus was back on the Hot Tubs, and the arrival of their brilliant debut, Stop Drop And Roll!!!

A string of U.S. tour dates followed, and Billie Joe, Mike and Tré ostensibly boasted an all-new ‘anything goes’ phase. “I started liking Foxboro Hot Tubs more than Green Day,” Billie Joe confessed. “We partied so much that I ended up with walking pneumonia at the end of that tour.”

“It meant we could get some swagger back,” added Mike. “We took that swagger and all that fucking energy back to the studio.”

He wasn’t wrong. Stepping away from the rehearsal space they’d been demoing at previously, Green Day hit four local(ish) studios, joining forces for the first time with renowned producer Butch Vig. Ultimately, this partnership would result in their boldest effort yet.

As had been the case up until that point, though, it was the journey there that was complicated. The record’s primary writer had made his vocals inaudible in early mixes to keep 21st Century Breakdown’s lyrics secret.

Billie Joe wouldn’t show Butch or his bandmates what he’d written until later in the year, when he read them aloud in tracklist order. Only then would Mike, Tré and Butch learn what had inspired his songwriting: politics, religion, drugs, prosperity and poverty, self-destruction, and love.

Across its three acts – Heroes and Cons, Charlatans and Saints, and Horseshoes and Handgrenades – and 69 minutes, Billie Joe used everything from Hurricane Katrina to his wife, Adrienne, as creative stimuli.

Sonically, it was the next logical step for Green Day, too. While the likes of Murder City and The Static Age could have comfortably sat on American Idiot, 21st Century Breakdown as a whole delivered more: ultra-sleazy, mariachi-esque vibes (Peacemaker), mini-rock operas (the title-track, American Eulogy), lighters-in-the-air sing-alongs (21 Guns), and epic rallying-cries (Know Your Enemy).

“It’s a musical narrative,” Billie Joe pondered. “It ebbs and flows. It takes you from a saloon in the 19th century to a dark melancholy place, to driving down a street, blasting your radio loudly while throwing beer bottles out the window.”

Green Day struggled to let the album go when it was complete, however. Even after initially submitting it to Warner Bros. ahead of its May 15 release in 2009, they hastily took it back again.

But this painstaking approach worked wonders. Kerrang! awarded the album the perfect 5/5 rating and the record hit Number One in the U.S. and the UK, as well as scooping their second Best Rock Album win at the GRAMMYs.

Across the pond, the 21st Century Breakdown U.S. tour grossed $74 million, while the UK hosted what Billie Joe referred to as “the biggest fucking show in [the band’s] lives” at London’s Wembley Stadium.

Green Day’s eighth LP would also make its way into theatres as part of the American Idiot musical in 2010, with five tracks used in the production’s storyline. Not content with creating the records that inspired it and writing the book, Billie Joe took on the role of St. Jimmy between tours that year, and went on to make another 50 appearances in 2011.

Their triumphs weren’t to last, however. And while Green Day’s frontman later confessed to having some “huge” meltdowns on 21st Century Breakdown’s touring cycle, these problems snowballed very publicly in 2012.

But the band didn’t know that just yet. For now, they basked in what they believed was the best record they’d ever made.