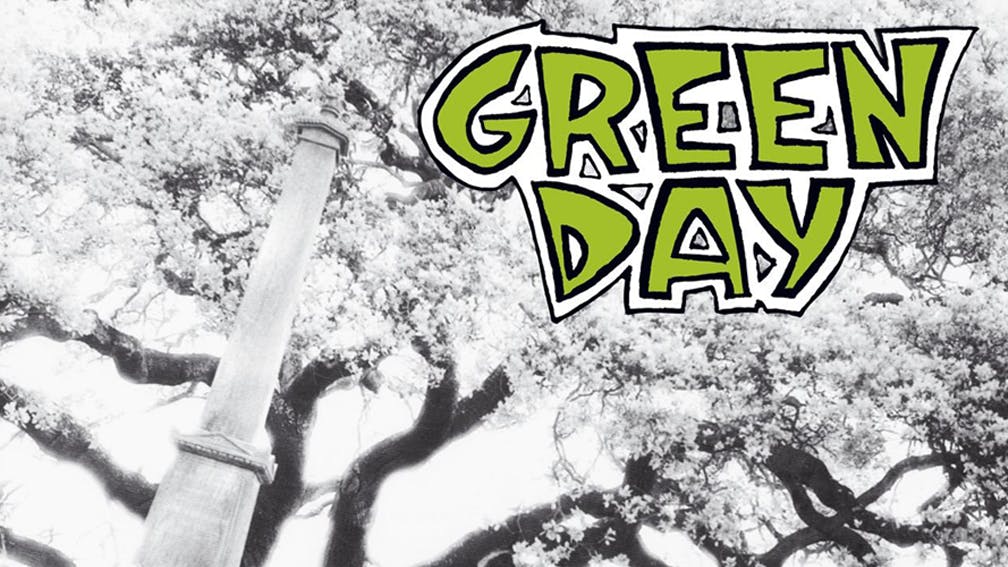 Larry Livermore first saw Green Day play live at a party high in the mountains of Mendocino County in Northern California. Despite the teenage band, then called Sweet Children, performing by candlelight and on guitars and microphones powered by a generator, this one particular member of their audience thought, “They could be the next Beatles. I just sort of knew it on some level.”

Then in his early 40s, Lawrence ‘Larry’ Livermore had emigrated to California from his hometown of Detroit in the ’60s. By the ’80s, he had become sufficiently struck by the quality of the music being made in the Bay Area punk rock scene that he started his own label, Lookout!. In its earliest days, this most insignificant of imprints produced 1,000 copies of each release, and any band who managed to sell this number was deemed to be a success.

The label introduced itself to its waiting public in 1988 with four simultaneous releases by Operation Ivy, Crimpshrine, Corrupted Morals and Isocracy. The following year, Sweet Children were offered a chance to join the Lookout! roster. It was during the recording of their debut EP, 1,000 Hours, released in the spring of that year, that the band became Green Day.

“There wasn’t a lot [involved in] joining Lookout! in those days,” says Larry. “All of us were outcasts that nobody took seriously. Green Day were so young at the time that the idea of being on a record didn’t really compute with them. So when I said, ‘I want to make a record with you guys,’ Billie Joe’s answer was, ‘Er, yeah, okay.’ And that’s all there was to it. Nobody else was interested in putting out records by them. I was kind of the crazy guy who was willing to do it.”

In 1989, not a single second-wave U.S. punk band had yet signed to a major label. Down at the other end of the market, Lookout! was very much the musical equivalent of Battersea Dogs And Cats Home. At this time, Green Day had no other suitors of which to speak. Like all of the label’s artists, they were not required to sign a recording contract. Once the costs of making each record had been recouped, the band received a 60 per cent share of all profits. When applied to an album, this royalty rate equated to a dollar more per sale than the remuneration that would typically be offered by a major label.

When Billie Joe Armstrong, Mike Dirnt and John Kiffmeyer – known as ‘Al Sobrante’, the band’s original drummer – convened at the Art Of Ears Studios in San Francisco four days after the Christmas of 1989, the two members of Green Day who still occupy their posts were just 17 years old. Despite this, self-sufficiency – the true currency of any Bay Area punk band worth their sodium – already coursed through their veins, with the trio having played concerts in places as far flung as Louisiana and Minnesota. In the confines of a cut-rate recording studio, as ever, necessity was the mother of invention. Along with co-producer Andy Ernst, the three musicians had just five days in which to track and mix their first LP. Despite these limited circumstances, 39/Smooth became one of just three Lookout! releases to eventually sell more than a million copies in the United States alone.

In the closing days of 1989, however, such a feat was unimaginable. At this time, anyone forming a punk rock band in the U.S. did so in the knowledge that there was no precedent of success, a state of affairs that Green Day themselves, along with the Offspring, would forever change five years later. But prior to this, the strike rate for punk rock acts, even those such as the Ramones and Billie Joe’s beloved The Replacements, both signed to major labels, was markedly minor league.

39/Smooth was released on April 13, 1990 to no fanfare whatsoever. Listened to today, it is a collection rich in promise but lacking in real-time impact. But while songs such as At The Library and Disappearing Boy suggest that the talent that lay at the band’s fingertips might be deemed superior, one song in particular left the listener in no doubt that greatness stood within Green Day’s reach. Going To Pasalacqua is a three-and-a-half-minute peach of a song that is so close to attaining pop-punk perfection as to make no difference. The track’s endurance was such that it has often remained a part of its authors’ live set.

39/Smooth is the only Green Day album to feature the group’s original line-up. Despite John Kiffmeyer being the person that introduced his bandmates to the punk community that would first, and forever, define them, the drummer viewed their musical union as being just one of the things that occupied his life. As well as this, his playing was little more than adequate. But as fortune would have it, also in attendance at the candlelit concert at which Larry Livermore saw Sweet Children for the first time was a young drummer who Larry had recruited into his own band, The Lookouts, at the age of just 12. The young musician’s name was Frank Edwin Wright III, but was known to all as Tré Cool. Up in the mountains, as Billie Joe Armstrong and Mike Dirnt were preparing to travel back to their home town of Rodeo, from within the barn in which they had earlier played they heard the sound of an unaccompanied drummer pounding away at a kit. Both young men widened their eyes in surprise, and anticipation. This was the exact moment that a solution to a problem they didn’t quite know existed presented itself.