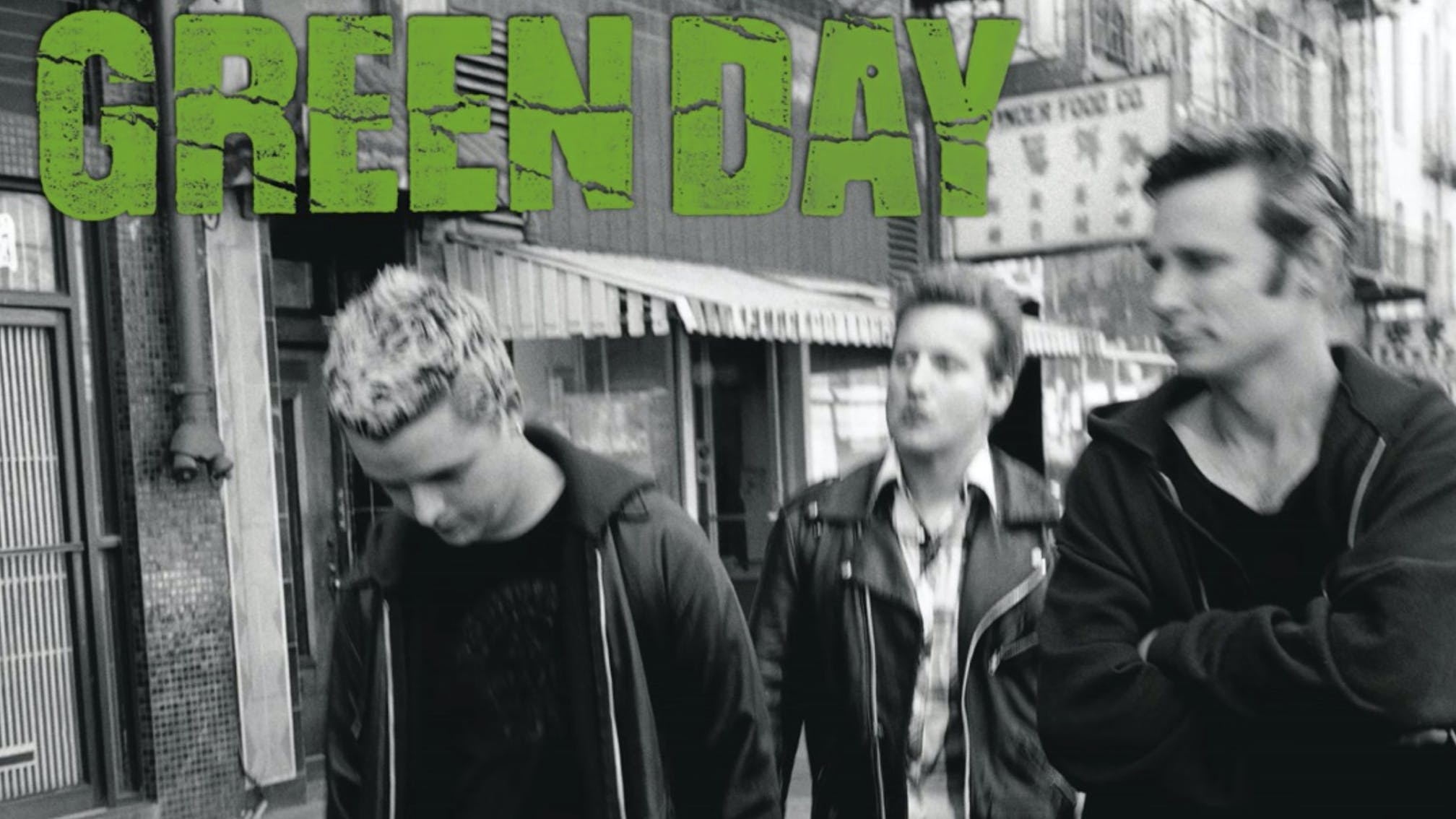 On September 15, 2000, Green Day performed the lowest of low-key shows at King’s College in London. It was here that an English audience, numbering in the hundreds, first saw those onstage pull musicians from the crowd to play a cover version of Operation Ivy’s Knowledge, a tradition that has endured ever since. The show also served as the occasion at which British ears first heard a number of the tracks from forthcoming album Warning, the trio’s sixth, released the following month.

A striking aspect of Green Day’s material in the first year of this new century is just how different much of it was from what had come before, and just how little attention was paid to this fact. Four years later, upon the release of American Idiot, many were quick to claim the album as being an unprecedented step into the unknown on its authors’ part. In fact, it was no such thing. As bold and propulsive as Green Day’s 2004 masterpiece may have been, its germination can be found in the expansive and forward-leaping Nimrod of 1997, a work that stands many galaxies removed from the deeply agitated and tightly focused Insomniac that preceded it. In truth, it is Warning that is the anomalous inclusion in Green Day’s body of work. A far more restrained collection than anything to which the band had by then placed their name, this new musical framework was put in place following repeated listens to Bob Dylan’s acoustic 1965 album Bringing It All Back Home.

“There’s a sense of freedom about this record,” Billie Joe Armstrong said immediately prior to its release. “I think we’ve gone to some places that we’ve never been before.”

Green Day recorded Warning at Studio 880 in Oakland. The facility lay directly beneath a freeway, and, according to Billie Joe, each time a truck passed overhead “you could feel the console vibrating”. Despite the material’s calmer tone, the sessions were not without incident. For the introduction to Blood, Sex And Booze, Tré Cool recruited the services of Mistresses Simone and Kendra, two dominatrices that he found on the internet. The pair were paid to spank the album’s sound engineer during recordings. “It was just one of those things – studio magic,” joked Billie Joe.

Upon its release, listeners with an eye for liner notes learned that for the first time since 1992, Rob Cavallo’s services as producer were not employed. A clue as to the restrained nature of much of the new material first emerged months earlier with the news that Scott Litt would be taking charge of affairs in the studio. But chemistry between Green Day and the man best known for his work with R.E.M. was at a premium. Following disagreements regarding the direction Warning should take, the two parties amicably divorced. “It just didn’t work out,” said Billie Joe. “He was really cool, but for that particular project it just wasn’t the right chemistry.”

In the Kerrang! review of Warning, writer Paul Travers quoted the line ‘It’s a compromise’, from Church On Sunday, and reckoned it to be indicative of the album as a whole. This, though, is unfair. This 12-song set may have lacked cohesion, as well as containing several songs that sound underdeveloped (of which Fashion Victim is the starkest example), but the record’s distance from the albums that preceded it is courageous. Even so, in too many places this is a collection that lacks fizz. Had the song Deadbeat Holiday, for example, featured on Nimrod, it would bounce with life, but on Warning it is a vehicle not worthy of a couplet such as, ‘Christmas lights in the middle of August, grudges come back to haunt us.’ Elsewhere, Castaway, Hold On and Jackass are neither here, there, or anywhere really.

But when Warning does attain elevated status, it takes flight with a graceful ease. In 2017, two songs from its ranks remained in Green Day’s live set. One is Minority, the album’s lead-off single, in which, to a manic marching-band beat, Billie Joe sings of, ‘One light, one mind, flashing in the dark / Blinded by the silence of a thousand broken hearts.’ The second is Waiting, a gorgeous and patient mind-blower that has enjoyed the good fortune of not falling by the wayside in the manner of other deeper cuts such as Uptight, Restless Heart Syndrome and Brutal Love.

Released during a period when Green Day received almost no critical acclaim of which to speak – “back then we were a fans’ band,” Billie Joe once said – Warning is worthy of attention for its finest songs, as well for being the second consecutive transitional album from a band whose second act was by now well underway. Asked in 2002 if the record represented a creative low-water mark, Billie Joe Armstrong answered, “No, not at all.” In this, he was right. But to suggest that Warning is anything like its creators’ finest is folly. It is best viewed as an experiment, an anomaly, and a partial success.

“We have a really strong core of fans,” the frontman said of the album’s chances, “but as far as [exposure on] MTV and VH1 goes, I don’t know.”

Because of this, Green Day did what they always do: they hit the road. The final U.S. show in support of Warning took place on August 5, 2001 at the Bill Graham Civic Auditorium in San Francisco, at which Billie Joe encouraged a young fan to dive – backwards, no less – from a vertiginous balcony. Barely five weeks afterwards, the United States convulsed in shock as terrorists steered passenger planes into the World Trade Center and the Pentagon. By the time the trio released their next studio album, the boots of their country’s armed forces were on the ground in both Afghanistan and Iraq.

The world, clearly, had changed; and so too would Green Day.