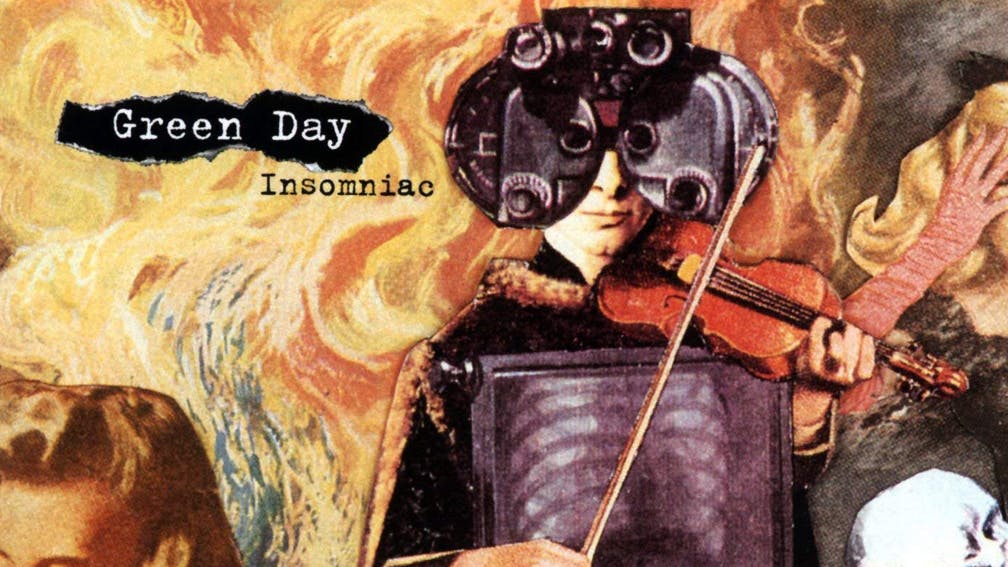 After announcing an Insomniac re-release last year, Green Day have confirmed that the remastered version of their brilliant 1995 album will hit streaming this Friday.

Along with a lovely new orange vinyl version of the LP, Insomniac will also be available digitally on March 19. The Oakland trio say of their fourth LP in its new form: "Insomniac is finally old enough to rent a car (or whatever else you can do when you're 25, we're not lawyers), so we remastered it to celebrate, and we're throwing in some bonus goodies to boot!

"This limited edition translucent orange vinyl double LP includes the cover art printed on prismatic silver foil as well as an additional LP with eight rare or never previously released live tracks from the Prague stop of the Insomniac world tour on March 26, 1996 and an etched B-side."

"The fact that that album came out, like, a year and a half after Dookie was us trying to cut off the bullshit in its tracks and just keep making music," explained frontman Billie Joe Armstrong. "That’s all we wanted to do, keep making music. Sometimes I feel that Insomniac is the most honest record I ever made at the particular moment that it was written and recorded.”

"It’s the Insomniac 25th anniversary!!" they said. "So we wanted to do something special, so here is the biggest glimpse ever into the Insomniac era tours from 1995-96. Never before seen footage from Europe ’95 tour and live concert in Prague shot on 16mm film in Europe 1996 with the fateful last shows on tour before returning home to go back into the studio for Nimrod album sessions. Enjoy! Time to celebrate Insomniac 25th and bust out the champagne and caviar."

Read this: 11 bands and artists who wouldn't be here without Green Day