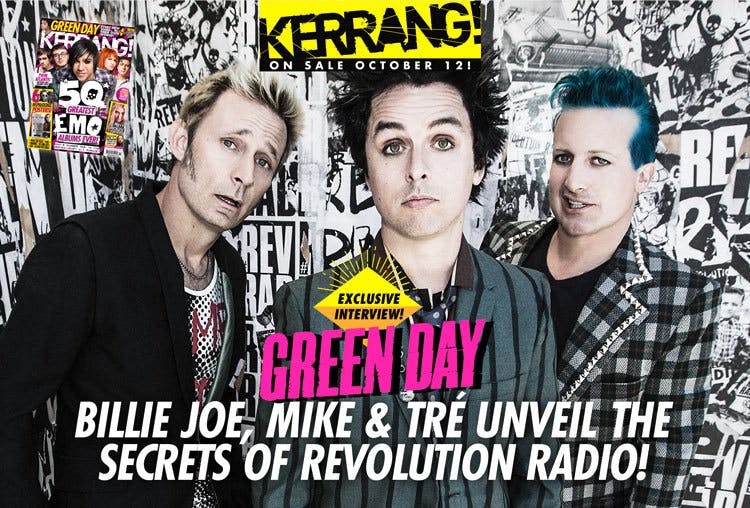 Green Day have topped the UK Albums Chart this week with Revolution Radio.

The band’s 5K-rated 12th album is their third to go to Number One, following in the footsteps of 2004’s American Idiot and 2009’s 21st Century Breakdown.

“The UK has always been a huge part of our story and to have a chart-topping album at this stage of our career is especially gratifying,” Green Day said to OfficialCharts.com.

Other new entries this week include Alter Bridge‘s The Last Hero, which went in at Number Three, and Sum 41‘s 13 Voices, which hit Number 16. Awesome!

Be sure to pick up this week’s issue of Kerrang! as Billie Joe, Mike and Tré take us through Revolution Radio, track-by-track:

Catch Green Day in the UK at the following: