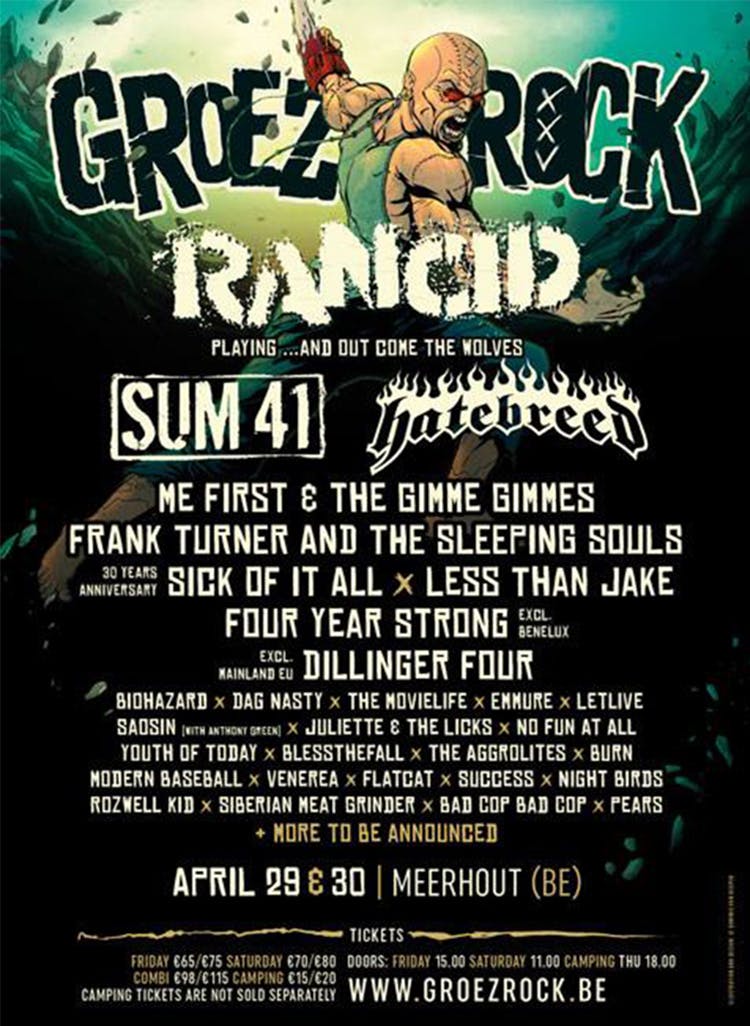 Heading up the latest announcement are Sum 41, the return of letlive., Frank Turner And The Sleeping Souls, Hatebreed and Four Year Strong. They join the already announced headliners Rancid who will be performing their smash album And Out Come The Wolves in its entirety.

Also announced for the bash is:Sick of it All, Biohazard, Dillinger Four, The Aggrolites, Less Than Jake, Emmure, Siberian Meat Grinder, Me First and the Gimme Gimmes, Juliette and The Licks, Blessthefall, Dag Nasty, No Fun At All, Youth of Today, Burn, Venerea, Modern Baseball, Night Birds, Rozwell Kid, Pears, Success, Bad Cop Bad Cop, Saosin, The Movielife, and Flatcat.

The festival takes place between April 29 – 30 in Meerhout, Belgium and will see the festival enter its 25th year. Make sure you head to the Kerrang! Ticket Store to get your hands on some tickets.