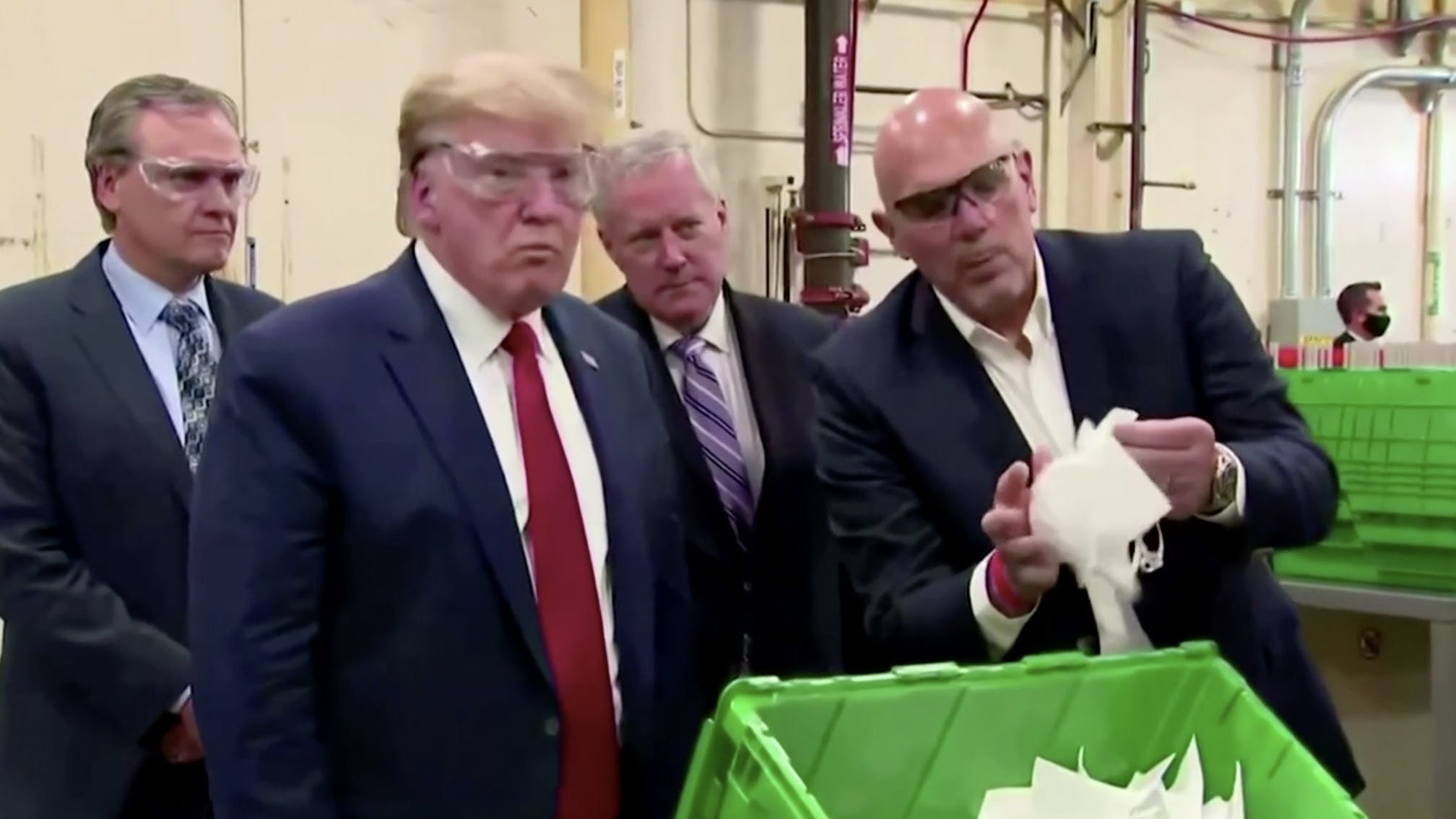 Various clips of Donald Trump's visit to a mask factory in Phoenix on Tuesday have today gone viral – not only because the president wasn't even wearing a mask himself as a precaution against coronavirus (going against the factory's policy), but because of the fact that workers appropriately blasted Guns N' Roses' cover of Live And Let Die during his tour.

The Donald and his entourage were at a Honeywell factory to witness the production of anti-COVID-19 N95 masks, with the soundtrack reportedly consisting of the likes of Survivor's Eye Of The Tiger and Animals' House Of The Rising Sun. But, as Trump turned to one worker to ask how many masks were made in a day, symphonic rock hit Live And Let Die could be heard playing in the background.

Read this next: 13 times rock cover versions surpassed the originals

Of course, the internet instantly jumped on the irony of the track playing over Trump's visit, with U.S. TV host Jimmy Kimmel writing on Twitter: “I can think of no better metaphor for this presidency than Donald Trump not wearing a face mask to a face mask factory while the song Live And Let Die blares in the background.”

Live And Let Die was originally written by Sir Paul McCartney for the 1973 James Bond film of the same name, and performed by Wings. Later, GN'R covered the track on 1991's Use Your Illusion I, and it has since become one of the most popular versions of the song, even being nominated for a GRAMMY Award for Best Hard Rock Performance in ’93.

Guns N' Roses frontman Axl Rose has yet to comment on the incident – though you'd imagine he'll have something to say, given that he's been extremely outspoken about the president before.

In 2018, Axl tweeted in a long thread blasting Trump that, "…My personal position is that the Trump administration along w/the majority of Republicans in Congress n’ their donors that support him 4 their own agendas r doing r nation a disservice."

He added: "We have an individual in the WH that will say n’ do anything w/no regard for truth, ethics, morals or empathy of any kind, who says what’s real is fake n’ what’s fake is real. Who will stop at nothing 4 power feeding off the anger n’ resentment he sows 24/7 while constantly whining how whatever doesn’t go his way is unfair.

"Most of us in America have never experienced anything this obscene at this level in r lifetimes n’ if we as a country don’t wake up n’ put an end 2 this nonsense now it’s something we definitely will all pay hard 4 as time goes on."

Read this next: Axl Rose’s 7 greatest contributions to music