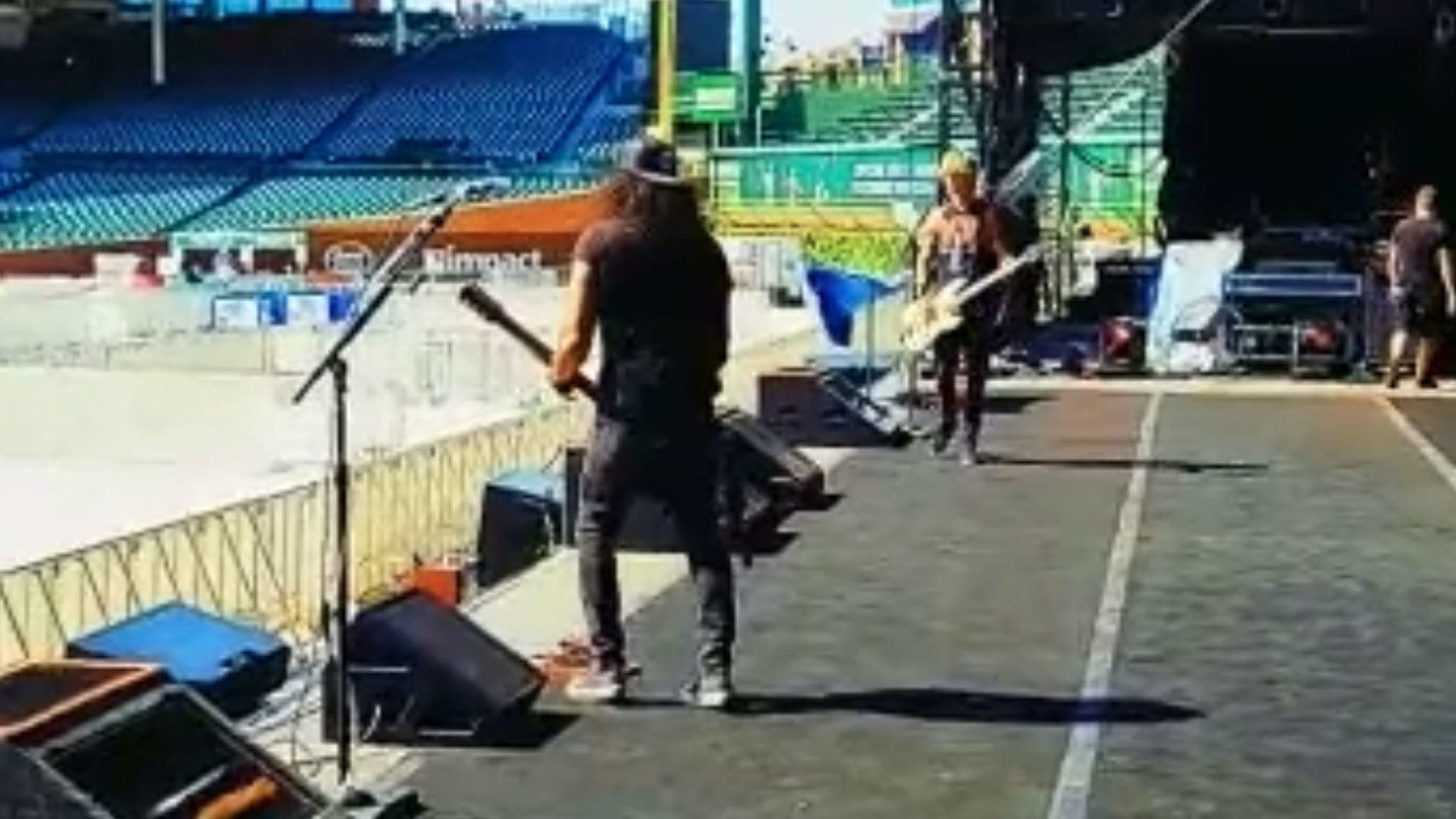 At a show in Atlantic City on September 14, frontman Axl Rose had reportedly told a fan backstage that the hard rock legends would be releasing their new single Hard School soon, also playing for it for them in full.

Since then, Slash has taken to TikTok to share a snippet of himself performing the song – which is apparently from the long-running Chinese Democracy sessions and had the working title of Jackie Chan – at a soundcheck. Not alluding to what the hell is going on, he simply writes, "Wrigley Field soundcheck Chicago 8.16.21" Cryptic!

Read this: The 13 greatest uses of harmonica in rock and metal

In April 2020, meanwhile, bassist Duff McKagan​’s wife, Susan Holmes McKagan, teased: "I will say Guns N’ Roses have been working fastidiously on some killer new stuff. I can’t say much, but I’ve heard bits and bobs and it’s pretty epic. I do want to spread good news, but not detailed news, I guess. Hopefully that’ll put a spring in your step!"