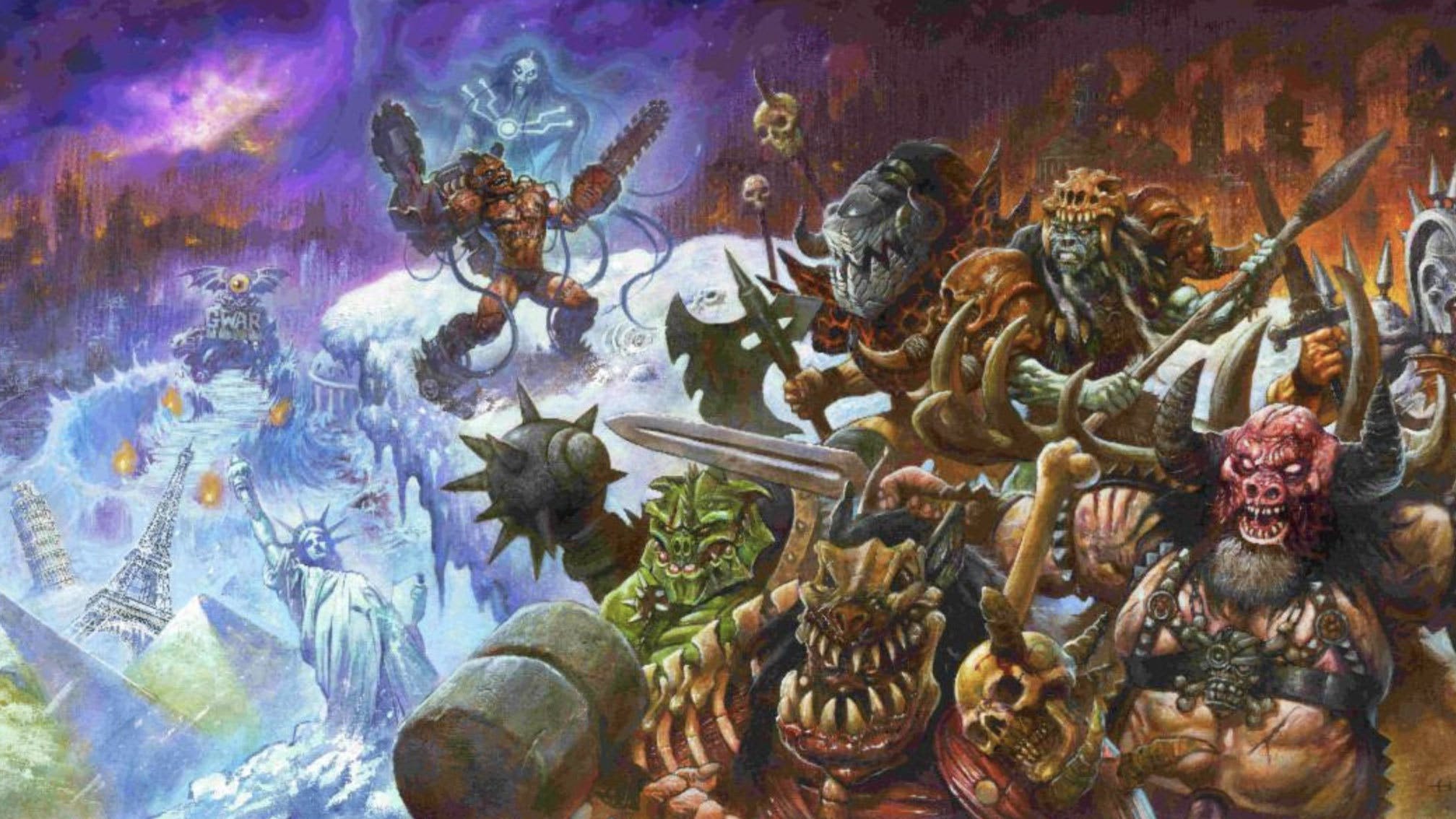 Everyone's favourite scumdog warriors are returning to the UK and Europe this summer!

Dubbed the Black Death Rager World Tour, GWAR will be returning to the UK for the first time since winter 2019, kicking off in Tilburg, Netherlands July and climaxing at the Dome in London on August 18.

Speaking about returning to Europe, The Berserker Blóthar says, "We shall sweep across the continent like the plague, bringing pestilence and death and our unquenchable thirst for heavy metal glory."

The tour will follow the release of the band's upcoming 15th full-length The New Dark Ages, following 2017's The Blood Of Gods.

The concept of The New Dark Ages isn't just tied to an album, though, as the band have also teamed up with Z2 Comics for the graphic novel GWAR In The Duoverse of Absurdity. In a press statement, the story details GWAR being, ahem, "sucked off into an alternate universe to do battle with their evil twins and the spectre of rogue technology."

GWAR's new album and graphic novel will be released on June 3, with vinyl and cassette variants following on September 16.