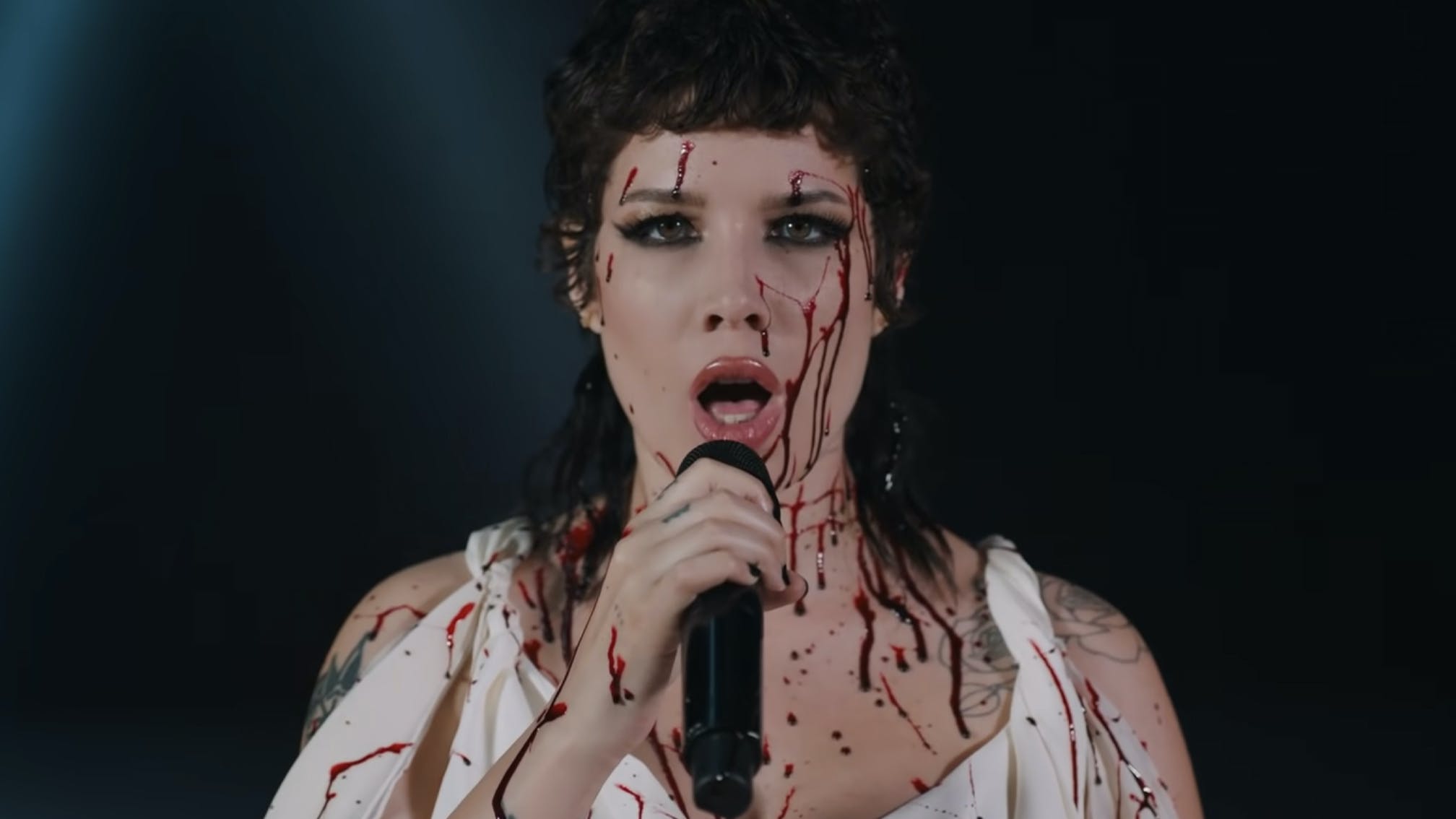 Following Bring Me The Horizon's blood-soaked video for DiE4u last week, Halsey is the next artist to get covered in the stuff for a compelling new live performance of I am not a woman, I'm a god.

While BMTH's was much more of a quick and sudden drenching, Halsey slowly but surely gets equally messy while singing the track – which is taken from this year's excellent Nine Inch Nails-produced album If I Can’t Have Love, I Want Power.

Recently speaking about working with Trent Reznor and Atticus Ross, Halsey explained of their impact on the music: "Trent said something to me that I’ll never forget for the rest of my life, where he was like, 'Hey, the record is great how it is.' He was like, 'So you could not do this with us and put it out.’ He’s like, 'Or, the way a lot of modern music is right now is it informs the listener not to pay attention. It says, this song is safe. You can put it on a playlist. You can listen to it in a car. You can play it on a party, and it’s not going to fuck up the vibe. It blends in with everything else. It’s a mood. It’s chill. But it informs you not to pay attention.’

Read this: The first reaction to Bring Me The Horizon’s new single, DiE4u

"He was like, 'Your songs, I think, deserve better than that, and I think that they should make people pay attention to what you’re saying.’ He said, 'So I’m going to make some really weird choices.’ And I was like, 'Please make weird choices. Make the weirdest choices!’"

Watch the bloody new video for I am not a woman, I'm a god below: