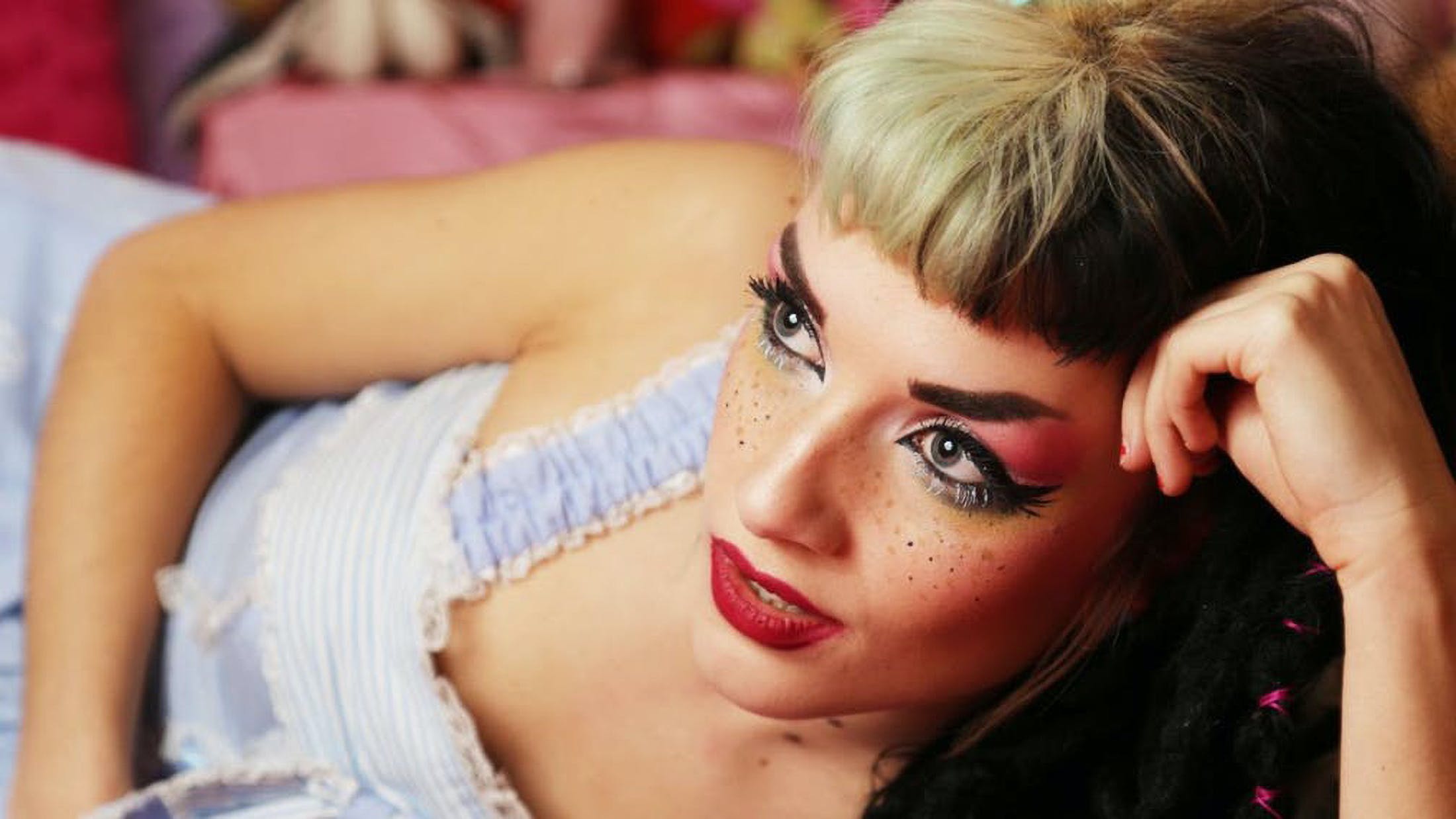 March 8, International Women’s Day. A day to reflect on all the women that came before us, a day to celebrate the achievements of those that fought to properly represent us, and also the date of my birthday which is pretty badass!

So in celebration of all the badass babes throughout history, I think it’s right I start way at the beginning, as the 14-year-old me discovering the femme rage that saved my life; as a young, angry, ‘I hate everyone and want to die’ teenager.

School was hell for me. I was an insecure, weird kid, battling pressures from every angle of what it meant to be a 14-year-old girl. I’ve always felt like a little kid, playing with my Bratz dolls and fantasising in my safe little bubble. Meanwhile girls my age boasted about giving handjobs and doing drugs at parties I never went to. Some days I would try to feel sexy, filling my bras with socks, which fell out during P.E., flirting with boys much older than me and selling cigarettes at break time, all while writing in my diary, ‘I hate everyone and want to die.’

I was struggling everyday with this identity crisis, what it meant to be a woman growing up in a world full of impossible beauty standards, depression hitting me harder each day. I had no real friends, I was purposely giving up on my grades, skipping school and spending most of my time in detention catching up on work with support teachers. I’d pretty much decided at 14 that if all else failed at least I could kill myself and pull the plug, like an off switch if the game got too hard.

Music was my only true escape from all the bullshit around me, and I really used it to its every advantage with my headphones going in at 9am and coming out at 3pm as I walked out of school. I used to feel like I was in a movie, and that one day when I’d become a famous singer I’d be recreating it all for my best seller. This got me in a lot of trouble because all my daydreaming and disconnecting from the outside world lead me to feel as though I was living in a weird simulation, suffering from derealisation/ depersonalisation, which is the feeling of not being real and it isolated me completely and made me very reckless. I’d act out and cause trouble for fun, I was a nightmare for my mum, who worried a lot because I was always so sad and unpredictable. I was challenging the school system, dying my hair bright pink and wearing a fake nose ring, and fighting for the alternative kids when makeup and hair-dye got banned. I sat with the head teacher and broke down, pretty much begging her to let kids express themselves and she agreed to it. I even joined the school council at one point, which really pissed the academic kids off. ‘What’s she doing here’? they’d say… to realise I was then the only kid that came with any ideas as they all sat there scowling at me.

My teachers were mostly awful. Like, truly. Most of them told me I’d never make it in music and to stop dreaming and focus on my grades. My history teacher even called me a ‘devil girl’ which I always remember writing in my diary ‘devil girl - cool band name’! The icing on the cake was when I stuck up the middle finger to a group of girls who were bullying me during a school talent show, so I got banned from ever singing again at school, getting me thrown out of music class and banned from future music or performance events. The drama teacher told me I’d never make it in the music industry if I didn’t change my attitude, to which all I could think about was every rock star ever and how that was bollocks.

Music had a massive impact on my attitude and self-discovery during my teen years. I had all this rebellion building up inside me, but no idea what to fight for. I was chaotic and pretty aimless before I found the angry women of rock'n'roll. My iPod was majority made up of P!nk and ‘cock rock’ bands my dad liked. I remember sitting one night just letting YouTube suggest video after video, when I found a live performance of Suck My Left One by Bikini Kill, the first feminist punk band I’d ever heard. I was hooked. I discovered Hole, Babes In Toyland, Jack Off Jill, L7, The Distillers - all of my favourite bands that night and I couldn’t believe how much these women spoke to me. The way they acted, the way they dressed, the give-no-shit attitudes, the veins stuck up from their throats as they screamed and roared this beautiful unpolished, unapologetic, intoxicating sound… It was like nothing I’d ever heard before. Hearing a woman scream for the first time when as a young girl, all I’d wanted to do was copy them and set fire to the world around me. It was one of the most freeing feelings. I finally felt understood in a world that the majority of the time I didn’t even want to be in.

I stopped going to school when I was 15, to walk in the woods listening to Courtney Love and Brody Dalle on loop. I was buying old 'zines off the internet, watching videos on riot grrls and their movement in the '90s, screaming in the garage with my dad’s old electric Westbury guitar, practicing what I would say and dreaming of who I would be when I eventually became a role model for young girls like my heroes were to me. I had this newfound confidence and drive, and after a toxic relationship ended with my boyfriend at the time, I began a journey of acceptance and self-love as a young girl set out to indeed, change the world.

I often wonder where I’d be without the women I saw that night on YouTube, an era I’d missed that only exists now because people back then were class and filmed it on VHS. It took me from a dark place and gave me the confidence to be whatever the hell I wanted to be, teaching me that being a woman could be many things and that I didn’t have to feel bad for not being like the rest of the girls in school. Some girls want to be popular, go to parties, wear the trendiest clothes and some girls want to escape out of the window off into the clouds and that’s fine. It’s not a competition. Strong women taught me the importance of empowering other women, regardless of what we have in common. That was something that really transformed my attitude towards myself, and eased the pressures when comparing myself to other women.

So... Flash-forward seven years and I’m on that stage now, surrounded by young girls looking up at me with hope in their eyes. In a world that leaves most of us feeling unaccepted and strange it’s my mission to be as honest and real as I can, to be truthful and angry and to speak up about issues close to my heart, like women’s rights, veganism, LGBTQ+ and mental health in a music world that often shies away from such subjects. If you want change, you have to be willing to be uncomfortable. It’s become the meaning of it all for me to become a role model for young women just like myself – to save them from a world that makes them feel alone, to provide the perfect escapist soundtrack to disappear safely into a world of make-believe. Too many kids want to kill themselves and that’s the honest truth – they feel the weight of the world on their already-pressured shoulders and many suffer without any support. Through art and music, escapism and lyrical connection, I truly feel we have the power in the palm of our hands, as artists, to save them.

READ THIS: "I've been kissed, touched, grabbed and licked at our own shows": Why sexism in rock needs to stop

"I've Been Kissed, Touched, Grabbed And Licked At Our Own Gigs": Why Sexism In Rock Needs To Stop

After her social media post about sexism at gigs went viral, Hands Off Gretel’s Lauren Tate speaks out…