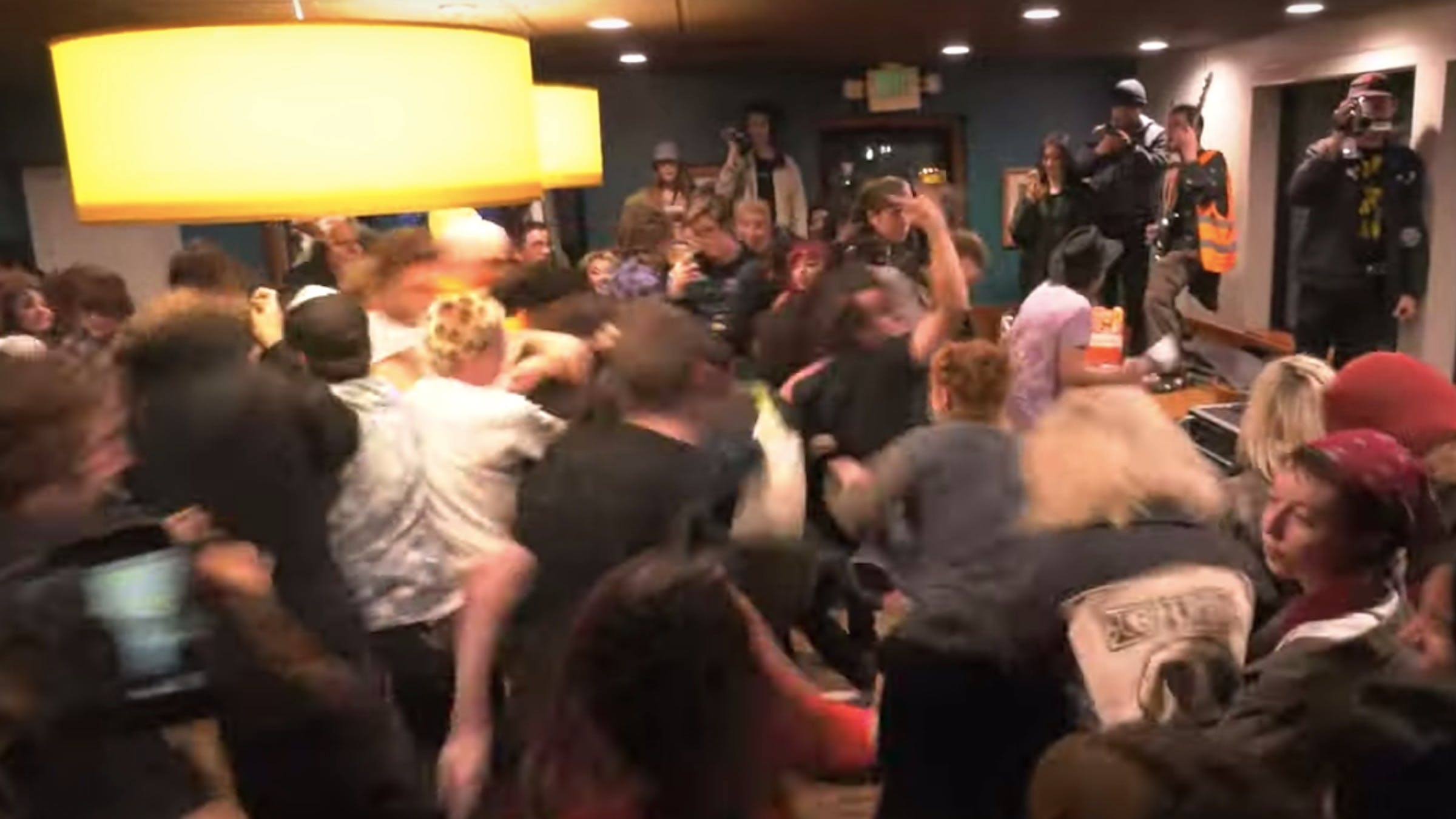 Right now, something a band can do to get themselves noticed is play a show somewhere small and unorthodox, thereby garnering viral attention. Capital Vices and Makena did it well by playing a show at a Wendy's earlier this year, and our K! Pit performances have always benefited from a small, uncommon venue given the size of the bands. But this takes an unfortunate turn when the place you play demands you pay for the damages. That's the case with one hardcore band who played a raucous gig at a Denny's -- and are now launching a GoFundMe to help pay for the destruction they caused.

The band in question is Californian hardcore crew Wacko, who played a Denny's in Santa Ana on Saturday, December 14. The show was a raucous affair, as evidenced by this YouTube video of the whole set:

As you can see in the video, the crowd isn't kind to the restaurant's interior. Now, the restaurant is demanding that the teenager who booked the show pay them $1,000 to cover damages.

In response, Wacko have launched a GoFundMe campaign to help the promoter pay Denny's back. Their mission statement reads as follows:

"wacko is hosting a gofundme for the kid who threw the Dennys show. hes 17 years old and the first show he ever booked was the dennys grand slam which is so fkn nuts. Unfortunately the restaurant pinned him on the heavy damages done to the place. Between a few table a few chairs and those chandelier hanging light thingys the damages racked up to close to thousand dollars they claim (Pshhh bulllshiiiiiit). Fck that, well give em 600 bucks and tell em to go to Wal-Mart for replacements.

"Anything you can donate would help. Not only does he have to pay for damages but the kid dropped over 400dollars on renting the Denny's and then also threw down cash to rent a generator to host an after party/show under a bridge by a Costco for all the kids who couldnt get inside the dennys show. Show this kid some luv cause he put southern California punk shit on the map hard asf❤"

The fundraiser has already raised over $800, breaking their $600 goal, but feel free to give a little more -- every penny counts.

Viral alt.pop star MOTHICA’s second album is dark and intriguing but a little too sprawling…