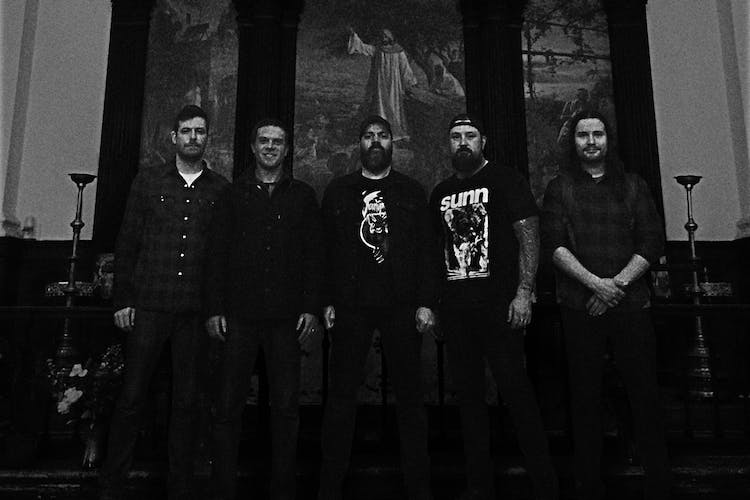 All Pigs Must Die – currently made up of Converge’s Ben Koller, Trap Them’s Brian Izzi, The Hope Conspiracy’s Kevin Baker, and Bloodhorse’s Adam Wentworth and Matt Woods – are to release their third studio set, Hostage Animal, on October 27. The album comes to your eager ears via the fine stable of Southern Lord.

The five-piece – spread between Boston, Providence and Brooklyn – support the album with a trio of October dates, stateside. Check them out below.

Pretty clear to see why those locations checked out. Recorded with Kurt Ballou at the producer’s (and Converge member) GodCity studio, Hostage Animal runs to ten tracks, one of which is available to hear right this second.

Check out A Caustic Vision below.

Need more? Listen to the band’s (second) 2013 album, Nothing Violates This Nature, below.