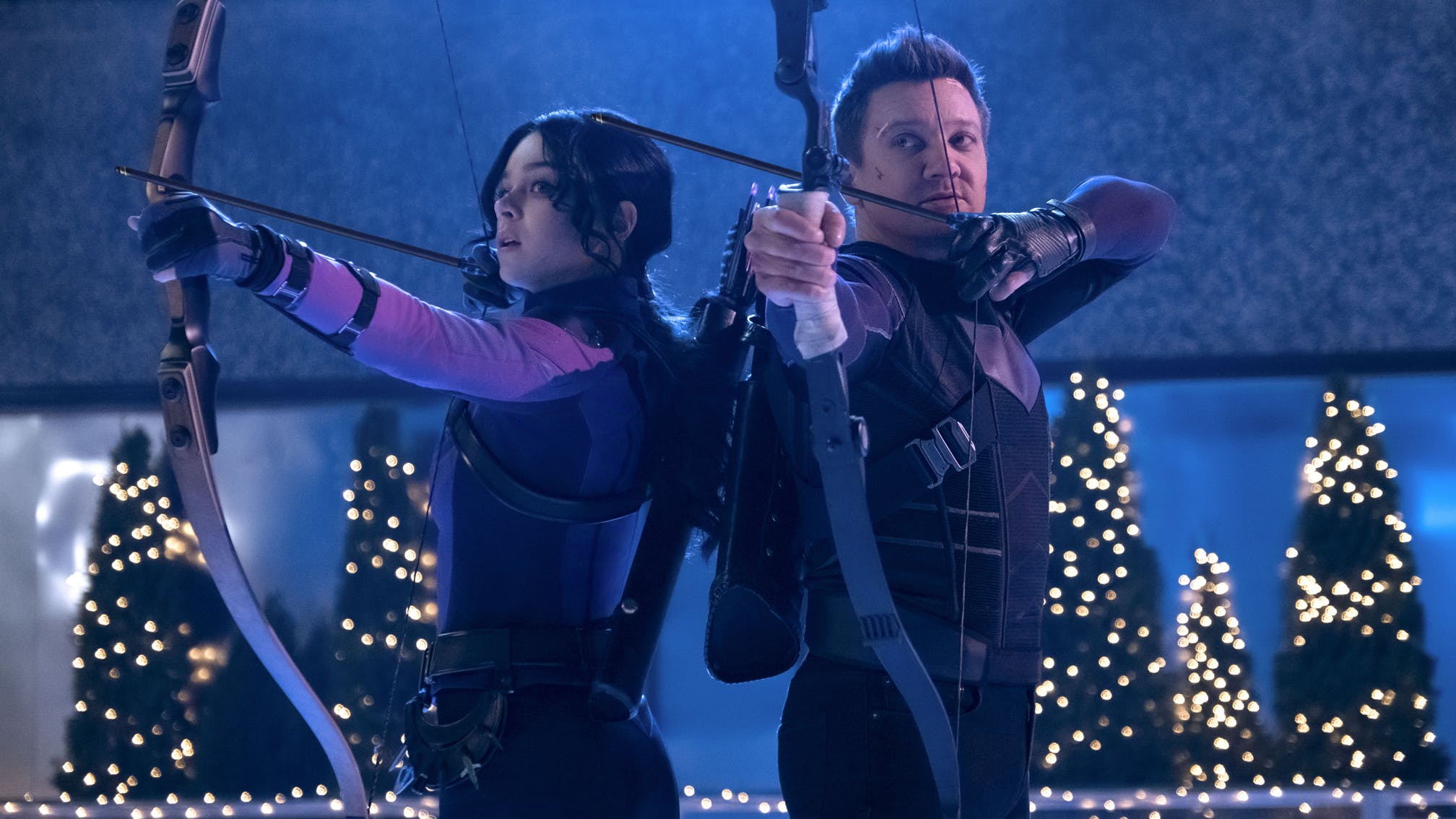 The thing with Hawkeye is, he’s not a lot of people’s favourite. It’s not his fault – the Avengers are a tough line-up to stand out in, and there’s something inherently silly about “being good at archery” somehow placing him alongside the Hulk and Thor. He’s a fine character, he’s just not that… super. He skipped out Infinity War altogether before turning up for Endgame rocking a rushed-looking sleeve, a fancy retractable sword and a severe faux-hawk. Watching the scene in Endgame where either he or Black Widow was going to die, it was hard not to conclude that, well, it was the wrong one.

But Hawkeye survived, and he’s back, in episodic form. And he’s good. A six-hour TV show (the first two episodes are on Disney+ from November 24, with the rest landing weekly at 8am on Wednesdays UK time) turns out to be a really good format for him.

It’s consciously less high-concept than Loki and WandaVision, and less concerned with the hows, whys and what-nows of the ongoing MCU than The Falcon And The Winter Soldier (less Loki, more low-key, if you will). It’s a fairly small-scale tale by Marvel standards – a few mysteries to solve, a few fights to get into and, thus far at least, no superpowers of any kind.

Clint Barton is back in a post-Blip New York, embracing his dadcore side and getting ready for a big family Christmas. Sensible haircut, sensible jumpers, great times. He’s unimpressed by the short shrift he’s given in the Broadway adaptation of the Avengers story, Rogers The Musical (which will 100 per cent become a real thing one day), and haunted by guilt both about the death of Black Widow and his days spent as Ronin, murdering underworld figures with a sword.

Unfortunately for Clint (and his extremely patient wife), his festive plans get derailed when he gets drawn into the life of Kate Bishop, played by Hailee Steinfeld. Kate was inspired to take up a bow after seeing Hawkeye in action during the events of The Avengers, during which her father was killed, and is now a champion fencer, archer and martial artist. She’s surrounded by suspicious, super-rich characters who seem to be up to no good at all, and her desire to know just what the hell is going on kicks everything off, leading her – and subsequently Clint – into parallel underworlds, one of tuxedoed immoral millionaires and one of bat-toting gangsters.

Hailee is second-billed but undoubtedly the star of the show. It seems unlikely her tenure in the MCU will begin and end with this series – if Kate were to end up replacing Clint as Hawkeye entirely and letting him chill on his big-ass farm for a bit, that could be pretty ace.

But for now, the buddy-movie chemistry between the pair, the super-keen protege and reluctant teacher, is terrific. The show has taken a lot from the fantastic comics run by writer Matt Fraction and artist David Aja – the opening credit sequence consciously apes David’s excellent covers – including the fan-favourite Pizza Dog and the Tracksuit Mafia. As this would suggest, it’s happy to embrace its silly side. There is a LARPing sequence in episode two that is a thing of joy.

(Important note: Episode two also confirms that The Hunger Games franchise exists within the Marvel Cinematic Universe. Liam Hemsworth, Chris Hemsworth’s brother, plays Gale in those movies. At some point someone should have said, of Thor, “Oh, he looks like the guy from The Hunger Games.” Also Foggy from Daredevil was in them, so someone should have said that about him as well. And Mahershala Ali, who was Cottonmouth in Luke Cage and is now Blade. The whole thing’s silly. What a mess.)

Two episodes in, there are clearly twists to come. Bishop’s new stepfather Jack Duquesne is a bad egg, but to what extent? What does her mother know? Who is the mysterious figure introduced in the closing seconds of episode two? How much more LARPing will there be, and can it be loads? What’s the connection between these Russian gangsters and Clint’s dead Russian friend? How many pizzas will Pizza Dog eat? And will Clint make it home for Christmas? (Yeah, probably.)

Hawkeye probably won’t make the same impact as something like WandaVision with all its meta-ness and reality-shifting, but it’s entertaining as hell, packed with action and surprisingly Christmassy. In those ways it’s – and this is an archery reference – bang on target.