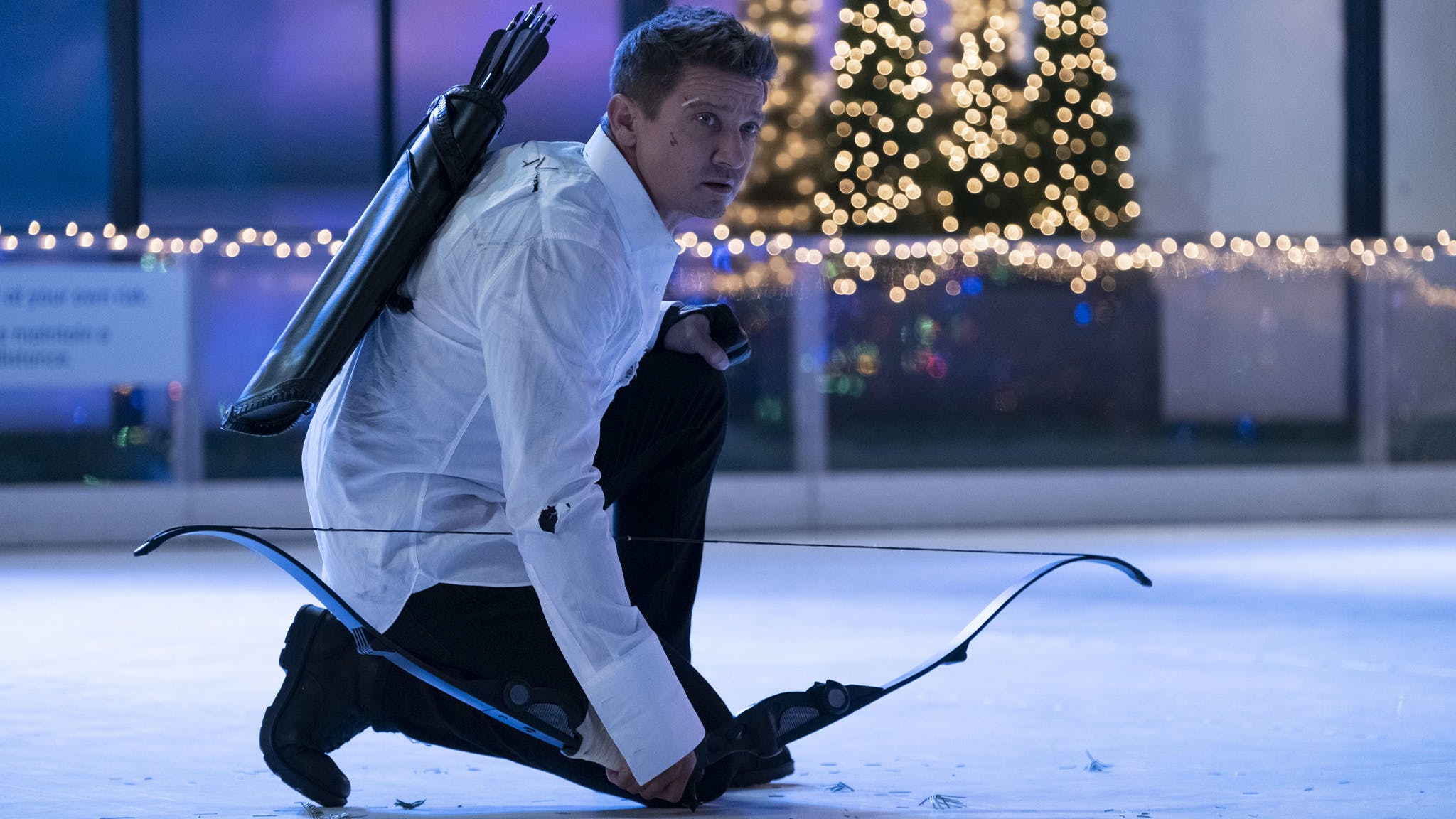 Well, that was a lot of fun. Hawkeye the series has fairly consistently been a huge laugh – a slightly more human-scale Marvel tale with great new characters, time for proper jokes and at least one big fight a week.

Going into this finale, there were a lot of lower-case Is to dot, a lot of Ts of either case to cross. It seemed slightly implausible that everything could possibly be tied up neatly, but it sort of is, albeit in a way where some mysteries remain mysteries and some huge question marks hang over the whole thing going forward.

But it’s all so much fun along the way. Wanton festive destruction! A making-things montage! The toy shop from Big! The Rockefeller Center Christmas tree! A baby owl! Everyone briefly dressing all fancy before doing costume reveals! An ice rink that somehow everyone can run around on! Pretty brutal henchman killings! Trick arrow after trick arrow!

(NB. One of the trick arrows seems to basically be a nail bomb. That’s not really a trick.)

But the core of this series has been the relationship between Clint and Kate, the weathered veteran and the enthusiastic superfan. It finally develops into a full-on partnership, Clint giving Kate way out after way out but finally embracing his role, not just as mentor but as partner. It’s been so well done, thanks hugely to Hailee Steinfeld’s incredible performance. Kate’s explanation of why she looks up to Hawkeye so much – “Being a hero isn’t just for people who can fly or shoot lasers out of their hands” – makes it all suddenly make that bit more sense. He might sell fewer action figures than Iron Man or the Hulk, but the courage it takes to be part of that line-up when all you have is sticks and string is where true heroism lies.

While that relationship is the core of the show, the standout sequence is between Hailee and Florence Pugh’s Yelena. Their hilarious semi-fight in an elevator, like a much more staccato, gag-filled version of the fight from Captain America: The Winter Soldier, graduates into an office-based scrap that is simultaneously festive, funny, full of character moments and incredibly well done. Nothing says Christmas like fighting in an office, after all – if Die Hard taught us anything, it’s that.

We ended last week with the revelation that the Kingpin is the figure in charge of everything, Vincent D’Onofrio reprising his role from the Netflix Marvel shows of a few years ago. He’s enormous and badass while also occasionally looking a bit like Barry from Eastenders, and a pleasure to see again, stress tic and all.

One character who had been built up to be something fairly sinister is revealed, incredibly pleasingly, to just be… kind of a ledge? Another, whose allegiances always seemed ambiguous is, well, not going to be around any longer. And, of course, it wouldn’t be Christmas without someone having a massive row with their mum.

There are, of course, threads left tantalisingly dangling. What’s about to be said at the end? What does that detail on the watch mean? Given everything, it would be something of a shock if the off-screen gunshot we heard went how it purported to go, so what’s going to happen there? Only the galaxy-brained puppet-masters at Marvel Studios known for sure.

(Also, stick around for an incredibly fun post-credit scene that will almost certainly result in a billion dollars being made on Broadway and the West End in a few years.)

The series might have fewer long-term repercussions for the greater MCU than was once predicted, but even if its only substantial addition to anything ends up being the introduction of Kate Bishop, it’s been worth it. In a show ostensibly named after the man at the centre of it, it’s been Hailee, Florence and Alaqua Cox’s Maya that have left the biggest impression, all hopefully to be seen walloping the shit out of more people soon.

But first, for everyone, a well-earned Christmas. Ho ho Hawkeye!