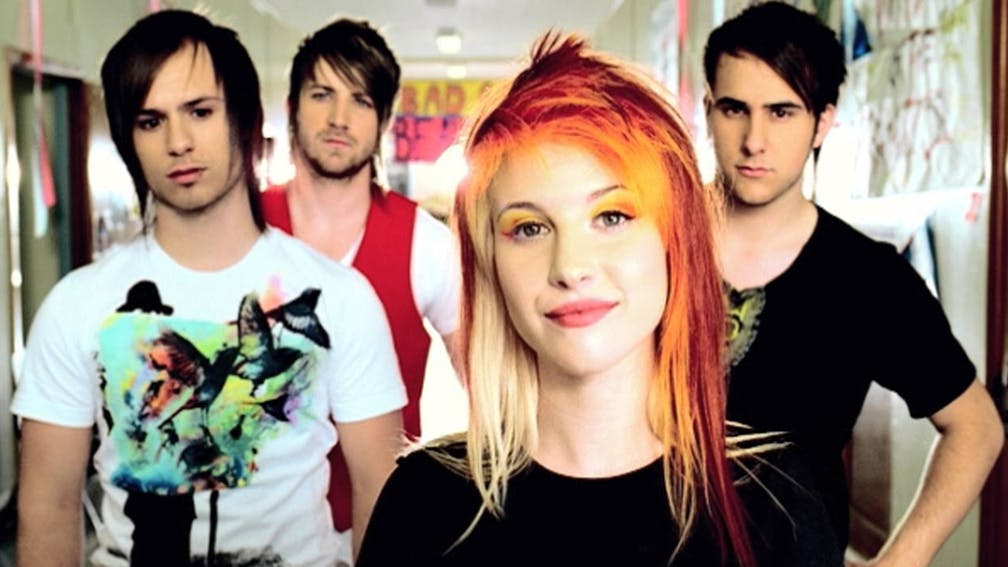 Not for the first time, Hayley Williams has spoken out against Paramore's 2007 mega-hit Misery Business and how it still doesn't belong in certain places in our current times.

While the band announced in 2018 that they would no longer be playing it live, the singer had addressed the matter (and specifically the lyrics, ‘Once a whore, you’re nothing more / I’m sorry, that will never change’) three years prior in a more detailed 2015 blog post.

"I haven't related to it in a very long time," she said. "Those word were written when I was 17… admittedly, from a very narrow-minded perspective. It wasn’t really meant to be this big philosophical statement about anything. It was quite literally a page in my diary about a singular moment I experienced as a high schooler.

"…and that’s the funny part about growing up in a band with any degree of success. People still have my diary. The past and the present. All the good and bad and embarrassing of it!"

Now, ahead of the release of her debut solo album Petals For Armor, Hayley has taken to her Instagram Stories to thank Spotify for putting lead single Simmer in their Women Of Rock playlist, but noted that Misery Business was also included – and it probably shouldn't be.

"SIMMER is on this playlist. thx Spotify,” she says. “But so is Misery Business. I know it’s one of the band’s biggest songs but it shouldn’t be used to promote anything having to do with female empowerment or solidarity. I’m so proud of Paramore’s career, it’s not about shame. it’s about growth and progression… and though it’ll always be a fan favorite, we don’t need to include it on playlists in 2020.”

Scanning the playlist now, it looks like Misery Business has been taken off. In fact, if you search for 'Misery' within Women Of Rock, all that comes up now is Halestorm's I Miss The Misery – which is a total banger. Nice work, Spotify!

In other news, Hayley recently announced her first-ever solo tour for this summer.

“Wow. I am going on tour. Myself,” she said. “It’s not Paramore and truthfully, it’s just a little terrifying. But if I know anything, it’s that there’s no safer place (besides at home with my dog) than to be in a room, on a stage, in front of the people who I’ve grown up singing my lungs out for. There was a time I thought I wouldn’t tour Petals For Armor. What a joke. I must.

“This is a brand new adventure. It’s important to embark on something new every now and then just to show yourself that you can. I welcome the discomfort and the joy and I’m ready to be present for this.

Read this next: The 10 best Paramore videos

“The first run of shows is going to be hot, sweaty, and intimate. My brand-newly-formed band and I will be playing rooms that Paramore outgrew a decade ago. It’s going to be so satisfying to feel the energy of a crowd that close again, especially while performing songs that feel so vital for me; songs I have never performed before for an audience.

“Thank you for the chance to tour this. I hope to see a ton of old friends and make some new ones too.”

Catch Hayley Williams on the Petals For Armor tour at the following: