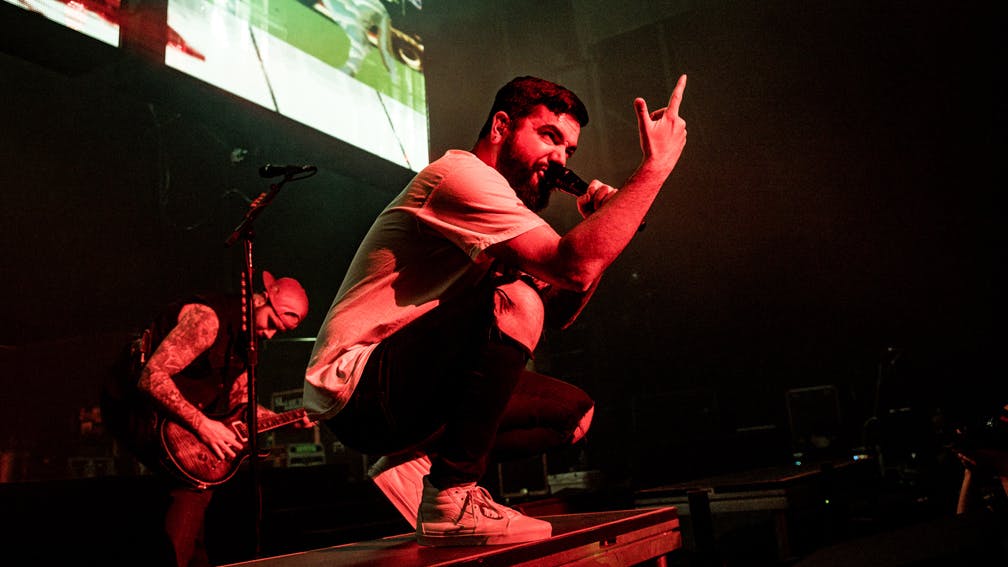 To celebrate the release of long-awaited new album You're Welcome, A Day To Remember guested on the most recent episode of BBC Radio 1's Rock Show With Daniel P. Carter to perform four songs from the record.

Jeremy McKinnon and co. hit The Audio Compound studio (owned by the frontman and producer Andrew Wade) for a live session, running through Everything We Need, Resentment, Mindreader and Re-Entry. The whole show, along with an interview with Jeremy, can be heard here, with ADTR's first two songs starting at 42:35, and the second wave from 1:20:34.

Read this: A Day To Remember: Jeremy McKinnon’s track-by-track guide to You’re Welcome

Speaking to Kerrang! about the making of You're Welcome, Jeremy enthused, "It definitely felt like the pressure was off, 100 per cent. But that was also just because it was such an inspiring time. And then making the album, literally like day two or three of collaborating with people where it was like, 'Okay, now that song is special.’ In my experience, it’s those lightning-in-a-bottle moments where the song writes itself, and it just comes from this very personal place, and the words write themselves – almost like you’re remembering it, rather than writing it for the first time. Almost every song that’s mattered in our career has happened that way. Actually, I’ve never had one that was meticulously put together that ever did that. It was cool, and there was a lot of them on this record that happened that way.”

Read this: A Day To Remember’s Homesick changed pop-punk and metal forever