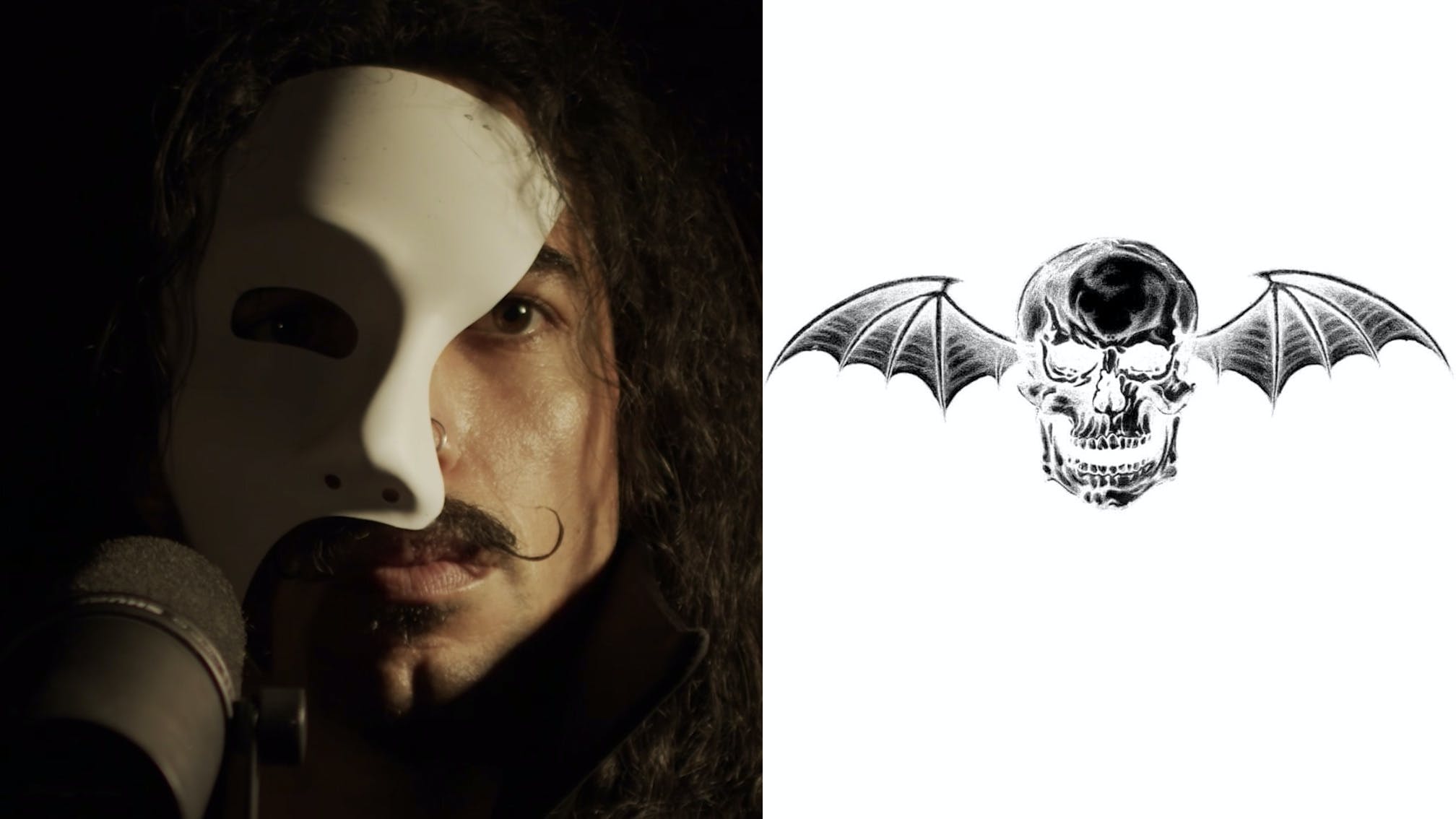 If you're going to try and make a metal song considerably more fancy, Avenged Sevenfold's twisted A Little Piece Of Heaven doesn't necessarily make the most amount of sense. Nevertheless, the awesome Ten Second Songs along with Violet Orlandi has recreated the 2007 track in the style of The Phantom Of The Opera, and it's both an epic and creepy listen.

While Heaven… certainly does have many theatrical qualities about it (this recent song breakdown by the band goes into a ton of detail and is absolutely fascinating), lyrics like, 'Must have stabbed her fifty fucking times' and, 'Ripped her heart out right before her eyes' somehow feel even more sinister when sung in the style of Andrew Lloyd Webber's 1986 musical…

Speaking to Revolver at the time of Avenged Sevenfold's self-titled album release, frontman M. Shadows revealed of The Rev-written A Little Piece Of Heaven: "The Rev is very good at coming in with full songs. That guy's a piece of work; he's badass and he's a great writer. He walked in with A Little Piece Of Heaven, and it was like an eight-minute movie that he wrote and had in his brain; nothing was on a recorder – he just walked in, one-fingered it on the piano, played drums over it, and was like, 'That's the song. Let's bring some string guys in to work on the string arrangements.' And we were like, 'Fuck yeah, dude!'"

Check out A Little Piece Of Heaven in the style of The Phantom Of The Opera below:

In terms of new music, Avenged have said that although the follow-up to 2016’s The Stage won’t see the light of day until touring returns, they’ve nevertheless been busy “meticulously” working on it through lockdown, while also noting the “silver lining” of getting to spend more time than normal at home with family.

“It has been incredibly hard to record the way we want,” the band explained via a message to fans. “For instance, the drum room we required for the album was shut down due to protests outside the building for weeks. String sections and outside musicians have still not been able to be recorded due to COVID-19 restrictions. We are not willing to sacrifice the sound we are going for to work around this. We will wait. There are other issues on the horizon but we are documenting it all for a later release when we can tell the whole story. At the end of the day it wouldn’t matter anyway. We don’t feel comfortable working on an album this long and then releasing it with no tour in sight. Part of the music we make needs to be expressed through live interaction.

“The good news is we also feel recharged and stronger than ever as a unit,” they continued, taking a more positive tack. “Just because we aren’t updating everyone at every step doesn’t mean that we aren’t working. The news gets tiring. Social media gets tiring. Everyone on the food chain fighting for attention and relevance seems trivial. We have chosen to shut our mouths, dig deep and give you something that we feel can add to the collective human conversation. At the end of the day the music will come when it comes. Until then we hope you and your families all stay safe and sane.”

Read this: Avenged Sevenfold’s M. Shadows: The gigs that changed my life