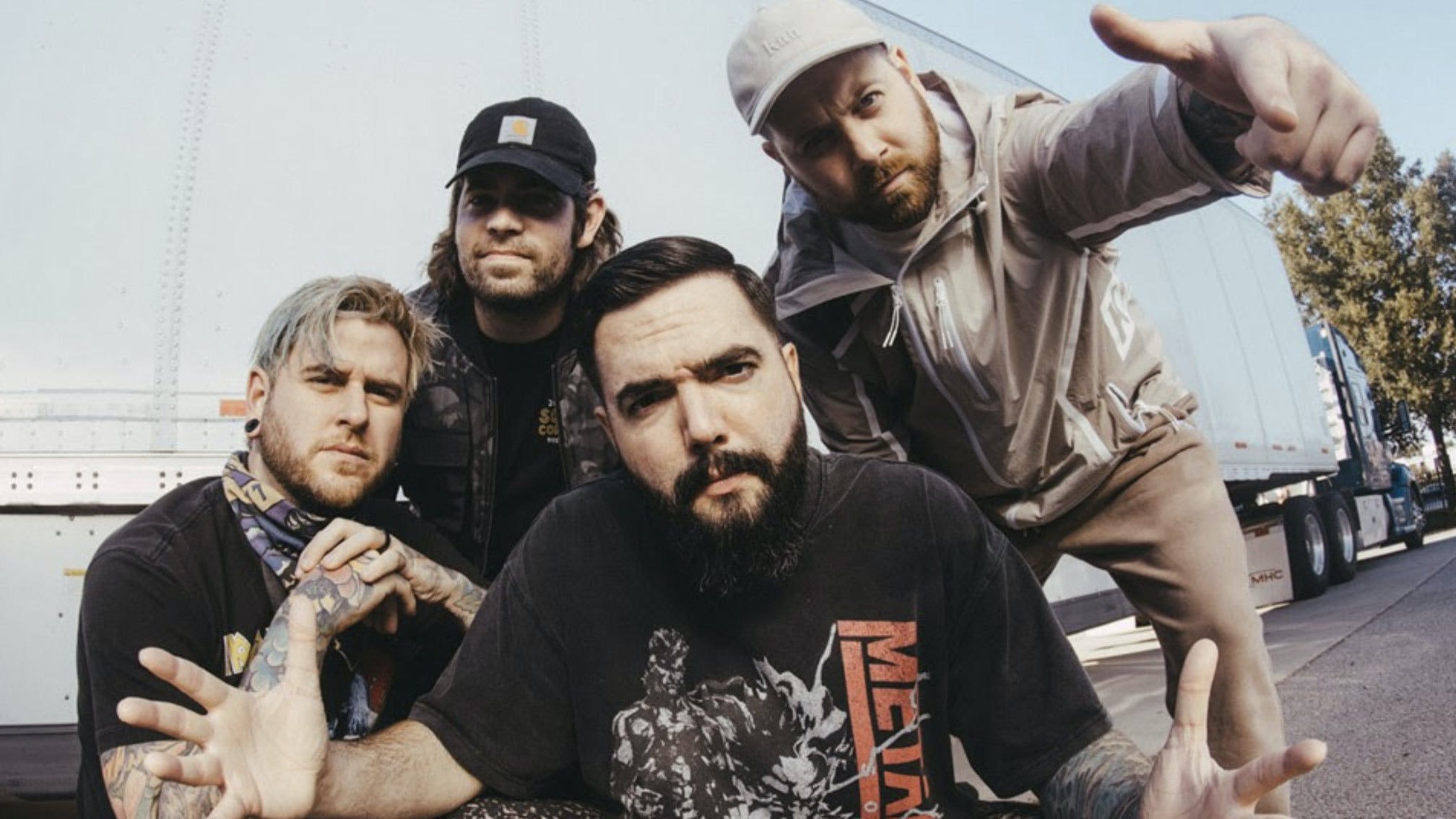 A Day To Remember have shared a new version of their 2021 track Re-Entry – with an added guest spot by the one and only Mark Hoppus!

The blink-182 man lends his vocals to the second verse of the You're Welcome tune (and despite touring together, this is somehow their first-ever studio collab), with ADTR frontman Jeremy McKinnon enthusing: “When this song originally took shape it was without a doubt massively influenced by blink-182, so when the idea came up to do a remix of sorts for it, Mark was immediately who we pictured.

“We sent him the track with no second verse and said to do whatever he was inspired to do and what he sent back genuinely makes the song for me. My younger self still can’t believe it exists.”

Detailing the meaning of Re-Entry in a track-by-track breakdown of You're Welcome with Kerrang!, Jeremy explained: “I don’t think I would say that this one is happy, but then again, it is kinda happy! I wrote this with Mike Green and the singer and guitar player of FIDLAR – I love those guys. It’s about being an artist, and someone who travels for a living and sees the world. And I don’t know if this is because of the travel, or being an artist, or whatever it is, but it’s gotten to the point where this weird thing happens to me where I get home, two weeks go by, and I never quite feel settled; it’s like, ‘Okay, I’ve gotta go play some shows again!’ and I get that itch. But then I get out and start playing shows, and then a week or two passes, and I’m like, ‘I’ve gotta get the fuck home, man.’ It’s constant, and my brain feels like it has to be on the go.

“I summed it up by saying, ‘Caught a cabin fever that never ends.’ And my friend there from FIDLAR described it as ‘re-entry anxiety’, and that’s why we called it Re-Entry. It’s about that push and pull. I don’t know if people that aren’t musicians or don’t travel for a living can relate, or maybe they can find their own meaning for that. But for me it’s just always having that feeling of wanting to go home. And I thought that cabin fever line was a really cool way of summing that feeling of needing to be on the go and not feeling settled unless you are.”